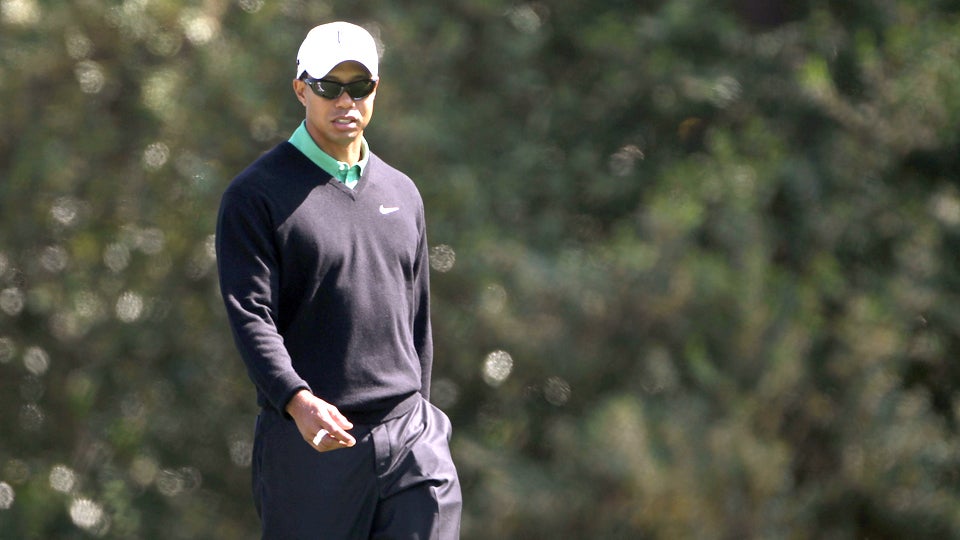 The legend of Tiger Woods, as we knew it, crumbled forever on Thanksgiving night in 2009. That’s when Tiger started an unprecedented four-month run as the world’s No. 1 gossip item in what has simply been called The Scandal.

It began with a domestic squabble—Tiger’s wife, Elin Nordegren, used his cell phone to confirm that he had a mistress, the same Rachel Uchitel mentioned in a National Enquirer exposé a day earlier as Tiger’s girlfriend. You remember the rest. Nordegren chased Woods out of their Wyndemere, Fla., mansion, apparently smashing in a few windows on the black Cadillac Escalade that Woods promptly smashed into a fire hydrant. (He later paid a $164 traffic citation for the incident; Uchitel was rumored to have received $1 million for canceling a tell-all press conference scheduled by her lawyer, Gloria Allred.

Woods hid from the public and the paparazzi for two months, one of the most remarkable feats of his career. That exile meant he had to skip the Chevron World Challenge, a tournament he hosted.

It wasn’t pretty, but this episode defined the modern media storm as Internet and social media outlets often beat the mainstream media with Tiger news — often it was unsourced and sometimes untrue, and made it clear we had entered a brave (and not very attractive) new world in journalism. It was a feeding frenzy unlike anything ever seen in golf, and maybe in any sport. Woods was the top story of the day, every day, almost without interruption, and was a frequent punchline in late-night talk-show humor.

Tiger’s daughter, Sam, was 2, and his son, Charlie, was still a newborn when The Scandal broke.

Tiger was finally sighted at a sex addiction clinic in Mississippi and in February delivered a televised, carefully scripted and stilted apology in which he told a select audience of Friends of Tiger in Ponte Vedra Beach, Fla., that he “was deeply sorry.” A number of his sponsors dropped him, including Accenture, Gatorade and Gillette. Nordegren went on to divorce him later in 2010.

Woods returned to golf in April to compete in the Masters. He did better than some expected while tying for fourth place, and slowly and carefully worked his way back into competitive golf.

Six years later, his air of invincibility as a golfer gone, and he hasn’t won a major title since.