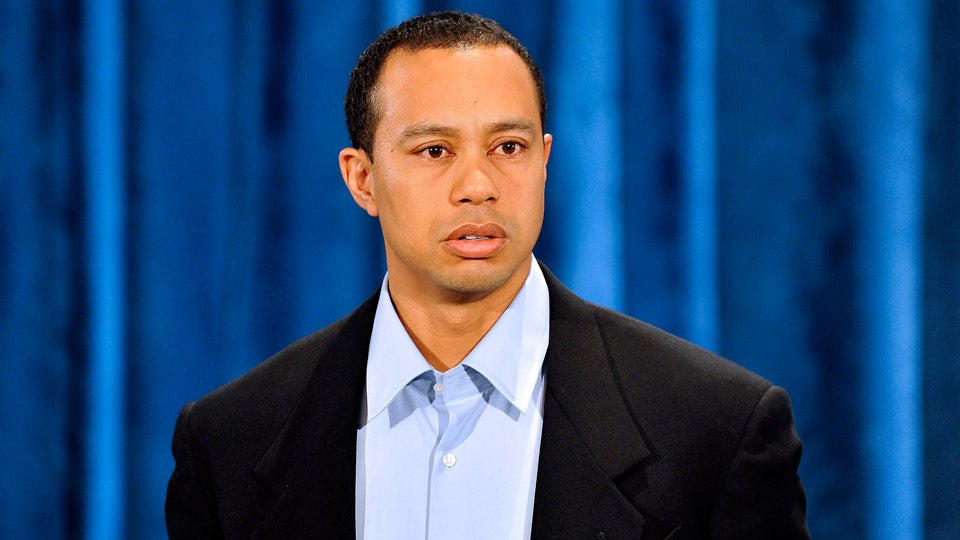 It was a time-stopping moment on Feb. 19, 2010, when Tiger emerged for the first time almost three months after a car accident and ensuing sex scandal to face America, where he admitted his failings in a prepared, televised speech near PGA Tour headquarters in Ponte Vedra Beach, Fla.

It began at 11 a.m. when Woods walked up to a podium in front of a blue curtain. Other than being staged, with a select friends-of-Tiger audience and TV cameras, it was not theatrical at all. Woods read his speech off a printout — halting, unconvincing and emotionless. Woods did not field questions afterward and exited quickly.

He humbled himself, but not nearly as much as he humiliated his family, and it was the 13 most awkward minutes in golf’s history. What’s second place on that list? Nothing comes to mind.

Tiger’s highlights: “I was unfaithful. I had affairs. I cheated. What I did was unacceptable…I knew my actions were wrong but I convinced myself that normal rules didn’t apply…I was wrong. I was foolish…I am deeply sorry for the irresponsible and selfish behavior I engaged in…I have a lot to atone for…For all that I have done, I am so sorry.”

Reaction was mixed. Those who backed Tiger thought it was heartfelt. Tiger haters, predictably, loathed it and thought it was fake. But one thing was clear: When Tiger stepped in front of the cameras that morning to apologize, pretty much everyone stopped what they were doing in America and watched. It was a memorable moment and was, some experts opined, the day the curtain officially fell on golf’s Tiger Woods Era.