Was this Tiger Woods’ most revealing interview ever? 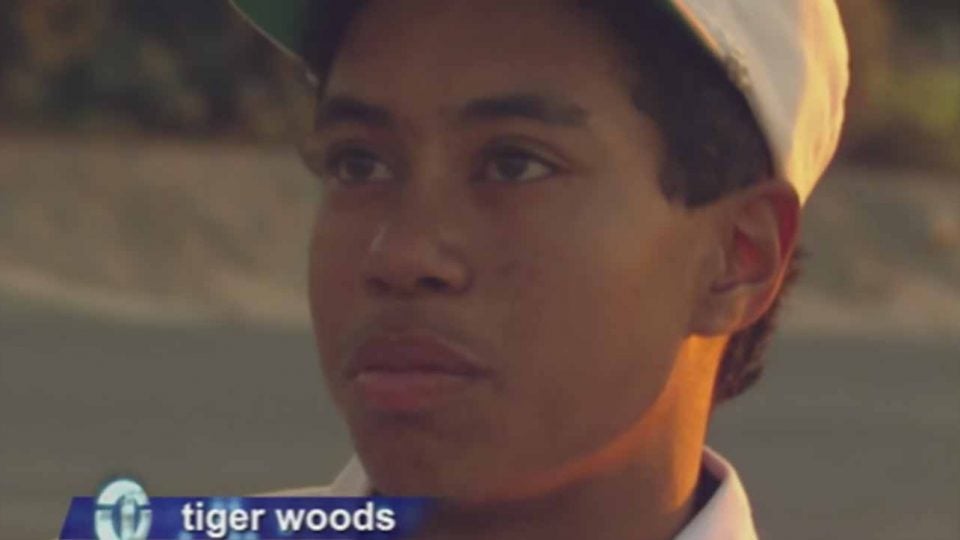 Tiger Woods gave a thoughtful, insightful look at the world through his 14-year-old eyes.
TransWorld Sport

Veteran sportswriter Farrell Evans has written for Sports Illustrated, ESPN, GOLF and more. He’s spent plenty of time — and words — thinking about Tiger Woods’ role in the sports world. So he’s the perfect guy to break down a particularly revealing Tiger interview.

In November 1990, TransWorldSport headed to Tiger Woods’ hometown in Cypress, Calif. to interview the 14-year-old phenom about his golf future. What we got may be the most fascinating interview of teenage Tiger’s life.

Let’s get to the video!

DYLAN DETHIER: First, I want your overarching impressions of Tiger Woods in this video. Who is the guy we see here? How does watching this make you feel? Don’t think — first instinct!

FARRELL EVANS: Even at 14 years old, Tiger already had a well-developed sense of the impact that he would have on the game as both a champion and a pioneer for African-Americans. With him there is zero uncertainty about what is to come for the game of golf. We’re not seeing a prodigy still growing into this prophecy that he will be greatest — we’re seeing a young man ready to elevate the game to unimagined heights. He is already a complete player. 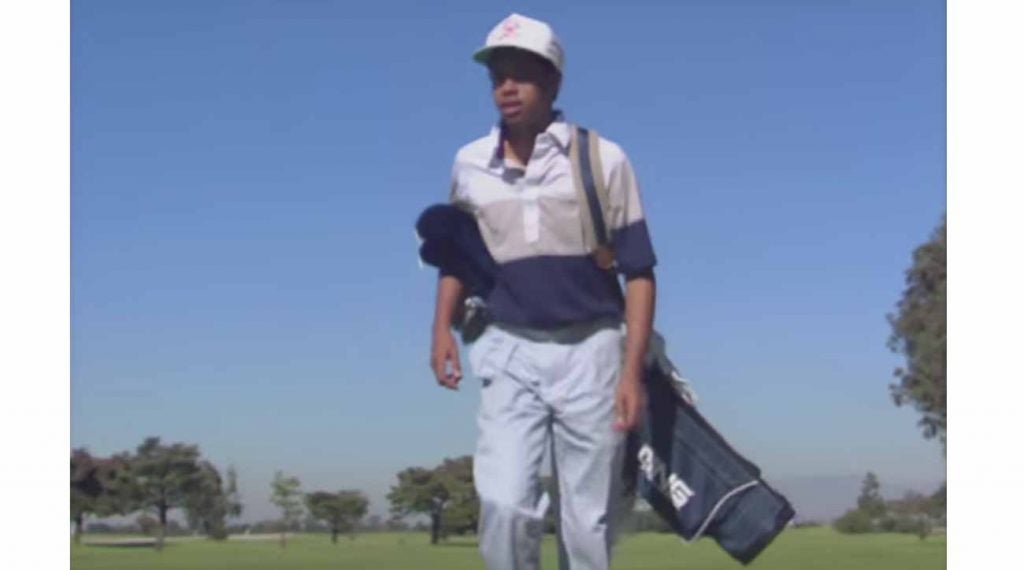 DD: We as a national audience haven’t really seen Tiger since he was 5 years old. Many people have never seen him, period. If you were meeting Tiger for the first time through this video, what would your impressions be?

FE: Tiger is being groomed by his father to be a great player, but my natural impressions would be that this 14-year-old kid might not live up to the lofty goals that he has set for himself. I’d be skeptical of his chances to be the “Michael Jordan of golf” or as great as Jack Nicklaus.

DD: One fascinating part of this interview is Tiger talking about what separates him from other players — his X factor, essentially. Anything that stuck out about his answer?

FE: It’s simple. “My competitiveness,” he says. “When you have to make a putt you make a putt. You had to hit the shot, you hit the shot. You have to drop into another zone. You block out everything.” Time after time over the last 30 years since he made that video, Tiger has been the most clutch player in the game. 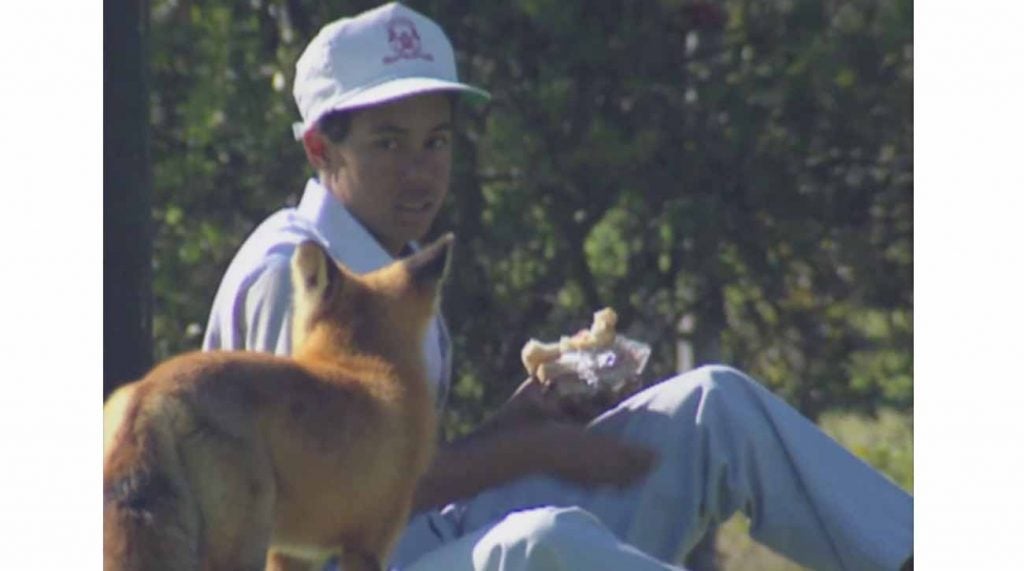 Tiger Woods feeds a bite of his sandwich to a fox.

DD: I cracked up hearing Earl say he didn’t believe in the way Nicklaus learned the game. Bold move to be dismissive about the game’s greatest player ever, but one that obviously worked out for him…what are your impressions of Earl in this video?

FE: Earl’s own self-belief is as important as the self-belief that he instilled into his son. There would be no Tiger Woods, 15-time major winner, without Earl Woods having his own journey in golf as a self-taught player who brought the will, focus and determination of a soldier to the game. As an African-American man, Earl brought an outsider’s instinct to the sport that he passed on to Tiger. For Earl, it was never about integrating the game or simply fitting in with the best. Tiger had to transcend and dominate the game.

DD: Beginning at 3:10, Tiger addresses the forces of racism in golf and the feelings he gets when he rolls up to a country club. Earl talks about it, too. We don’t tend to hear Tiger talk about race all that often these days, but here he does it openly, freely, honestly. It’s really powerful!! You’ve written thoughtfully about race in golf for decades. What do you think of this?

FE: That’s the real Tiger Woods. Those early racial experiences were fundamental to his development as a player and a person. He is a proud young Black man. He knows that he is an inspirational figure who follows in a succession of great Black players — Charlie Sifford, Lee Elder, Calvin Peete and others. While he may over the years have shied away from making forceful statements about his race, his charitable foundation and support of pioneers like Sifford and Elder demonstrate the obligation that he feels to advance causes to uplift people of color. 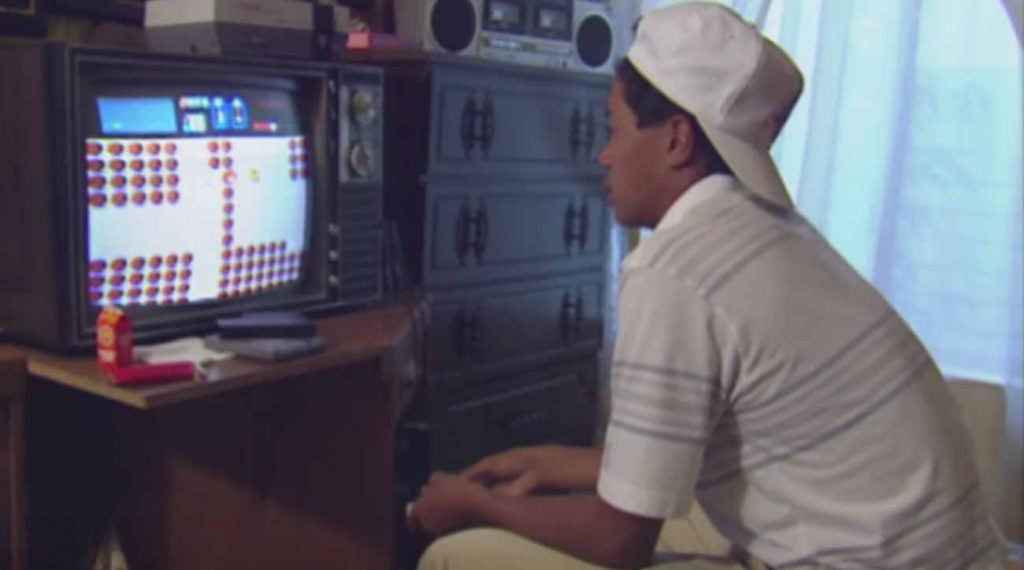 DD: We’re seeing Tiger Woods 2/3 of his life ago. What is the same about him then and now? What has changed the most?

FE: Tiger has never wavered in his determination to be the best. He’s been through injuries, swing changes, the death of Earl in 2006 and a messy divorce, but he’s never lost that competitive fire. He still trusts himself more than anyone else to make that clutch putt to win a tournament.

DD: What’s your favorite moment in this video?

FE: I like the part where he says, “because I’m Black it might be bigger than Jack Nicklaus, to the blacks.” Tiger couldn’t know then that he would not only be a transformational figure for blacks, but for the entire golf industry — and a world that often saw the game through the narrow lens of the stuffy all-white country club. 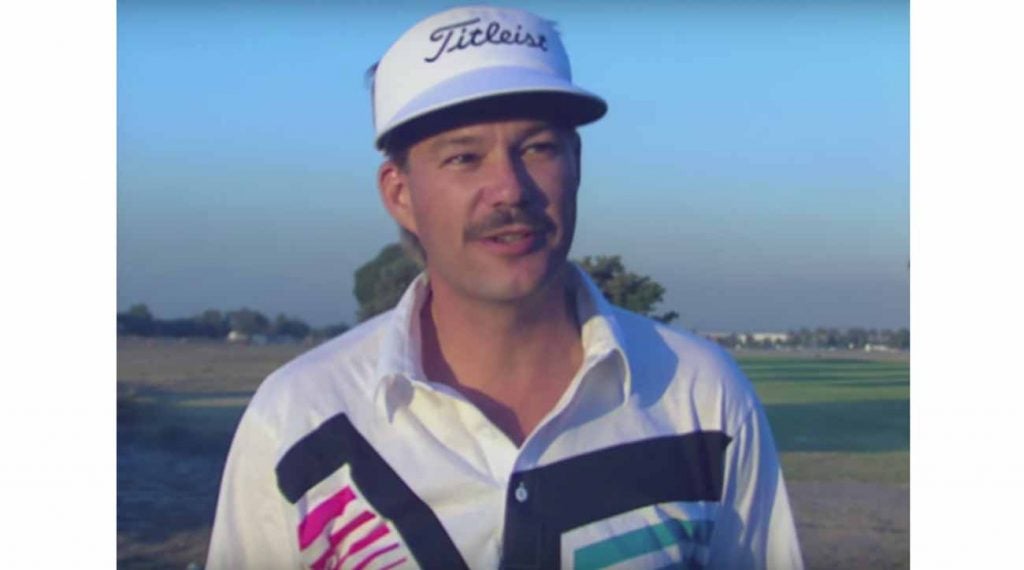 DD: Dave Smith’s visor/mustache/shirt combo sticks out as a real highlight here. Plus, of course, Tiger feeding a fox a piece of his sandwich. Any other little details you dig?

Farrell: In 1990, every decent junior player seemed to carry Tiger’s Ping golf bag. I had that bag and the same Nintendo Entertainment system.