The Social: Tiger Woods’ yacht arrives for the PGA and John Daly vs. Walmart 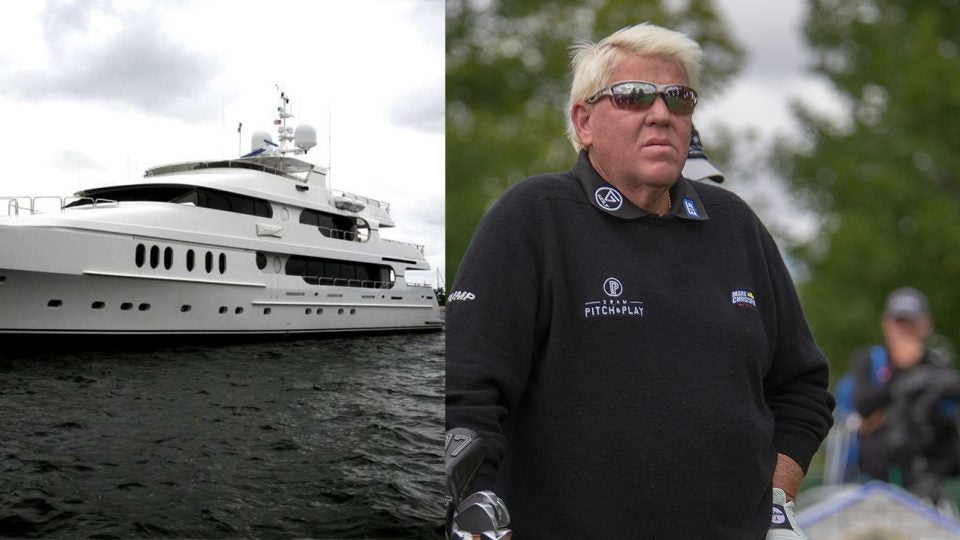 You can't miss Tiger's yacht docked on Long Island, and John Daly let it be known he's done with Walmart.

Welcome to The Social, where we dive into the good, bad, crazy, insane, viral, hilarious — well, you get the picture — of the past week in social media.

This week Tiger Woods flexed on the PGA Championship field in a *big* way, John Daly swore off Walmart and Brooks Koepka, a man of few words, let a picture do the talking to showcase his thoughts of Golf Channel analyst Brandel Chamblee.

Two weeks prior to golf’s best taking on Bethpage Black, Tiger’s yacht arrived for the season’s second major. Tiger ALWAYS wins the mental game. If you don’t think Tiger is trying to send a message with his ride for the week then you haven’t been paying attention all these years. Tiger’s name is already sitting atop the leaderboard without any of the competition hitting a single shot.

Have you seen the size of the PGA Championship trophy? Tiger’s yacht was the only logical mode of transportation to take the Wanamaker home.

Yet Another American Divorce

More than half of marriages don’t make it in America. I’m rarely surprised by a couple splitting up these days. But John Daly and Walmart? I thought these two were truly meant to be. The hardest part in a divorce for those around the couple is choosing a side. Daly is the people’s champ while Walmart is the world’s most powerful superstore.

There are over 5,000 Walmarts in the United States and only one John Daly. I stand with Daly.

Three major championships and a No. 3 World Ranking still isn’t enough for Brooks Koepka to receive respect at the game’s top tier for Brandel Chamblee. Earlier in the week, Chamblee deemed Dustin Johnson and Rory McIlroy as the only two golfers capable of going toe-to-toe with Tiger when he’s at his best.

I respect Chamblee, but I respectfully disagree. It was Koepka who held off Tiger’s charge on Sunday of the 2018 PGA Championship. It was also Koepka who made a late run at Tiger’s lead at the Masters.

Koepka didn’t need to write a statement to let his true feelings of Chamblee be known. All the back-to-back U.S. Open champ needed to do was drop in a red clown nose. Point Koepka.

Do you struggle with uphill lies? Club up and take @NattieGolf's advice. 🙌 pic.twitter.com/JOxS2JDVHg

Looking to improve more aspects of your game? Check out our Facebook group “How To Hit Every Shot” to receive FREE advice from GOLF Top 100 Teachers! Click here to join.