When U.S. captain Tiger Woods released pairings for Saturday morning’s matches, there was one notable name absent: his own. Still, that seemed no big deal. It made sense for Captain Woods to take a session off, put the earpiece in and provide support for his team. There was no doubt, after his strong showing alongside Justin Thomas in wins on Thursday and Friday, that Woods would be back out Saturday afternoon.

Except then he wasn’t. Woods and International captain Ernie Els buzzed through their afternoon pairings while the final morning match was ongoing, and once again one notable name was missing: Woods’ own. Here were the pairings that went out instead:

“We gotta do what’s best for the team. I’m getting ready for the singles tomorrow,” Woods said, according to Golf Channel’s Tiger Tracker. It was a vague answer, unsatisfying for the legions of fans hoping to see Woods at least once on Day 3 as the Americans sought to mount a comeback. 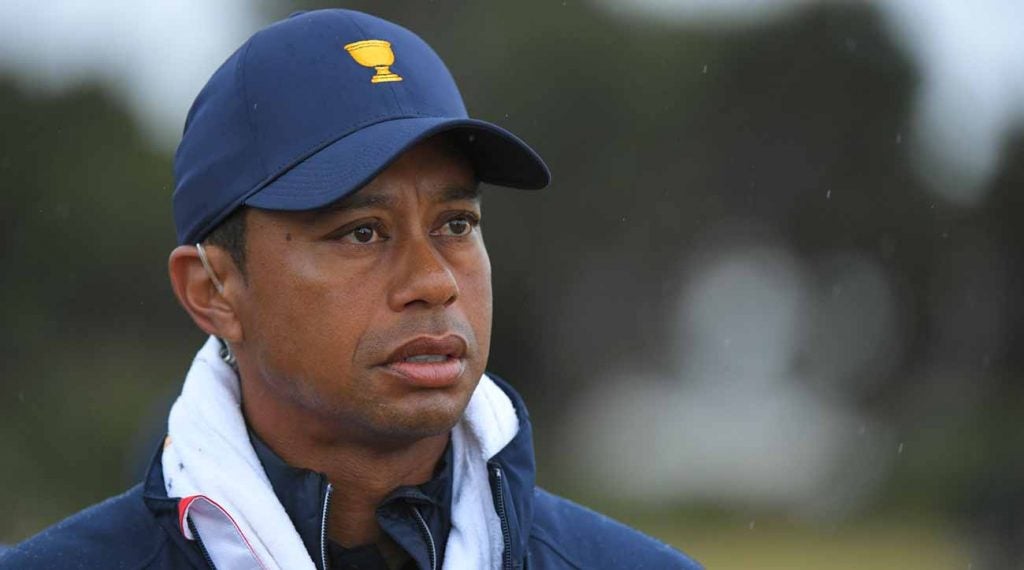 Conspiracy theories about injury or other quickly spread as a way to explain away Woods’ absence, but in reality the reasoning is likely much less flashy. Woods requires an intense amount of time to warm up for a round. That may have made a morning tee time difficult (Saturday’s matches began at 7 a.m.) and also would have made it tough to captain during the first session while also preparing for the second.

Woods isn’t the only one sitting, of course. Each American on the sideline has an interesting story to tell. Webb Simpson and Patrick Reed join Woods on the bench after losing three consecutive matches as a pair. Bryson DeChambeau rounds out the foursome; he’ll sit out his third consecutive session.

We’ll give the last word to Golf Channel’s Brandel Chamblee, who was at least as surprised as the rest of us: “Hard to see a reason for Tiger not playing all day today,” he wrote on Twitter. “He’s the most recent winner on the US team. He won his first two matches and has the most experience of anyone on the team. And finally, the US team will be trailing.”