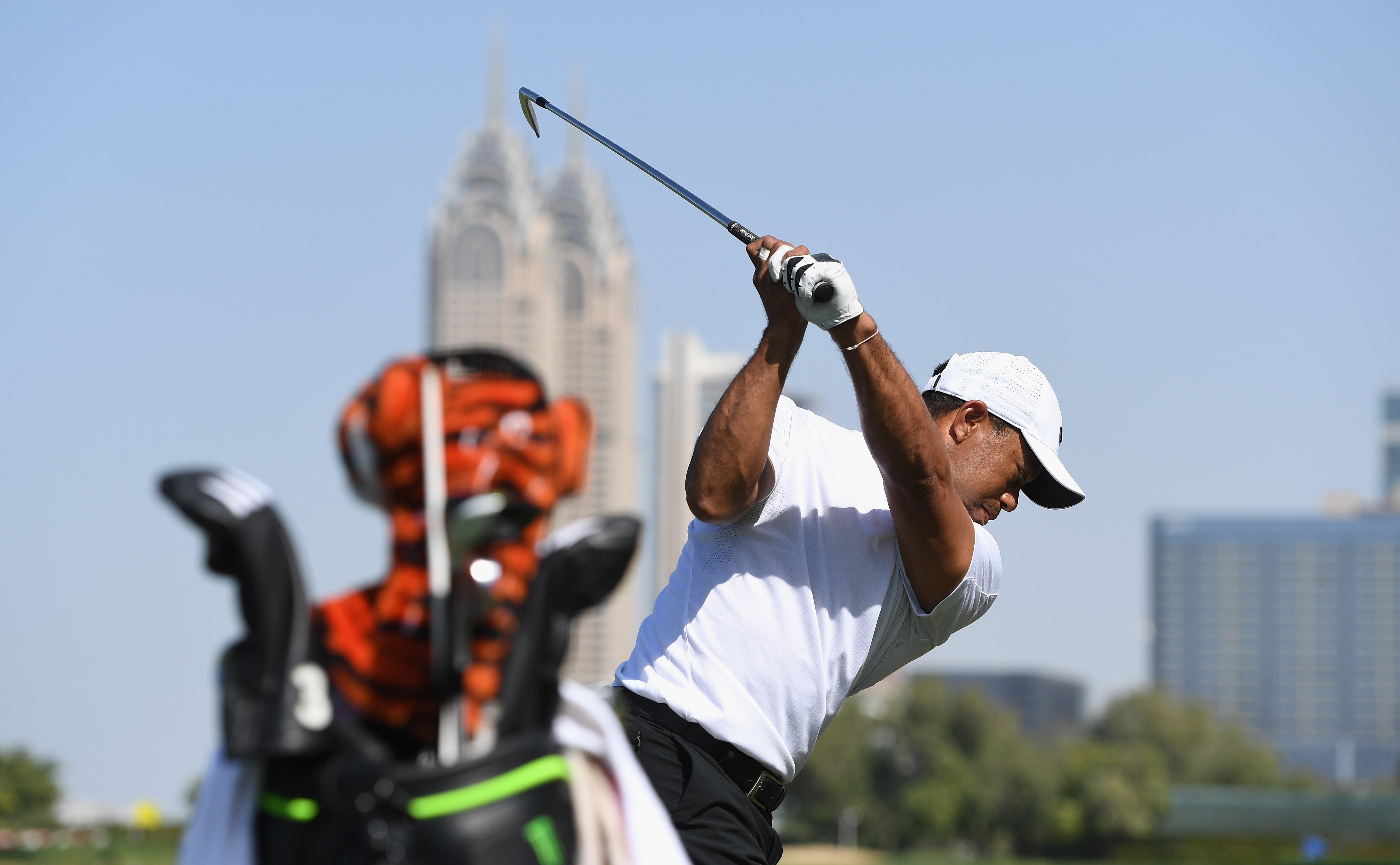 Tiger Woods warms up on the range ahead of the 2017 Omega Dubai Desert Classic.
Getty Images

The 14-time major champion took a commercial flight from Los Angeles International Airport to Dubai Sunday, in order to make it on time for the Omega Dubai Desert Classic. Woods typically flies private, but booked a nonstop commercial flight to avoid a layover, according to an ESPN report.

Woods said it was the first time in approximately 10 years that he’s traveled commercial.

LAX was flooded with protesters condemning President Trump’s recent executive order that bars travelers from seven Muslim-majority countries from entering the United States, and Woods nearly missed his flight. “We were on the other side of the terminal,” Woods said while practicing at Emirates Golf Club Tuesday. “You could see it, but we just couldn’t get there.”

Woods arrived just 30 minutes before the commercial plane was set to depart from Tom Bradley International Terminal. Earlier that day he had flown private from San Diego after missing the cut at the Farmers Insurance Open.

Correction: An earlier version of this story stated that Woods was forced to fly commercial because the protest blocked a path to his private plane. Woods had intended to fly commercial, and the demonstrations did not alter his flight plan.