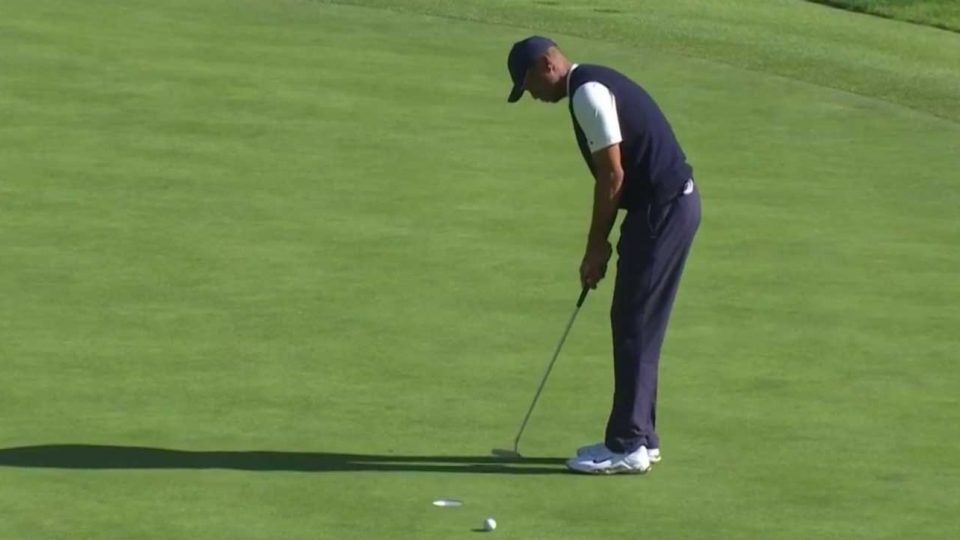 Tiger Woods misses a two-foot par putt on No. 13 on Saturday at Riviera.

PACIFIC PALISADES, Calif. — Tiger Woods has never quite felt comfortable putting at Riviera Country Club; he’s acknowledged that all week. The poa annua greens don’t seem to agree with him. But it was still particularly shocking to see Woods — who possesses a keen attention to detail — derail any remaining chances with a four-putt on No. 13 Saturday morning.

No such luck. Woods started his day with a so-so par at No. 10, then fluffed a wedge shot and missed a five-footer at No. 11, making bogey. After a par at 12, he missed a birdie putt at 13 and faced a two-footer for par.

No problem, right? Fans had already begun shuffling off to the next hole, and Woods gave part of his focus as he stepped up to the ball and hit it at the right side of the hole, where it caught the lip and shot out, leaving another three-footer. Woods missed that one, too, and lipped in the three-footer that followed.

Things got no better the next hole, where Woods raced a lengthy birdie putt some seven feet past the hole, then missed that coming back, too.

But this is Riviera, where short putts are especially slippery — and Woods isn’t quite the putter that he used to be.

“I have historically never really putted well here. I’ve played here so many rounds,” he said in the leadup to the tournament. “You’ve got to hit the ball well here because the greens are so small and they’re so slopey. But for some reason everything kind of breaks toward six and I still haven’t quite figured that out.”

Golf Channel’s broadcast added a graphic that illustrated exactly that: Since 2004, there have been more three-putts from inside five feet at Riviera than any other course on Tour. 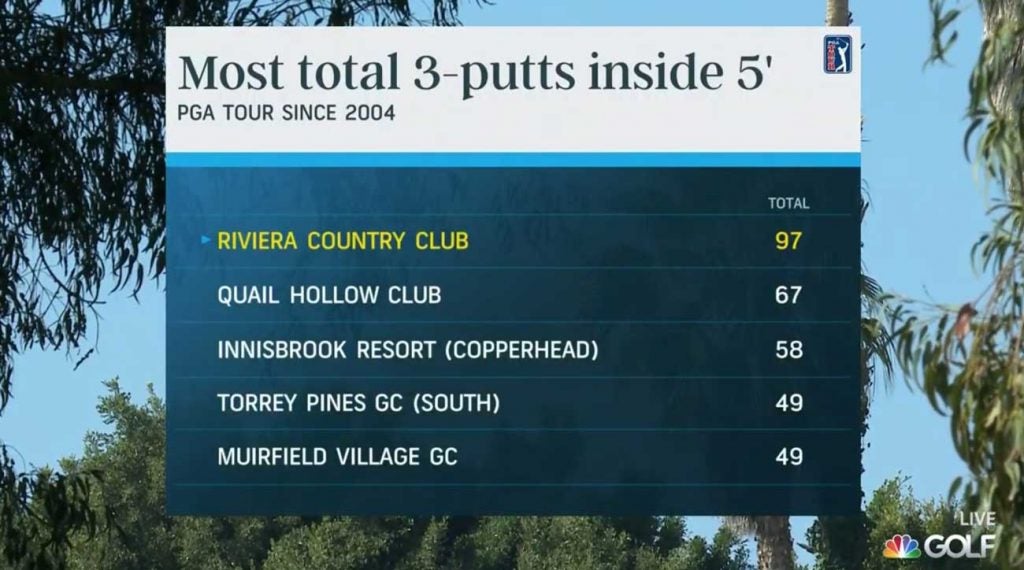 It all adds up to a tournament host well out of contention, just looking to salvage something from the rest of his round.