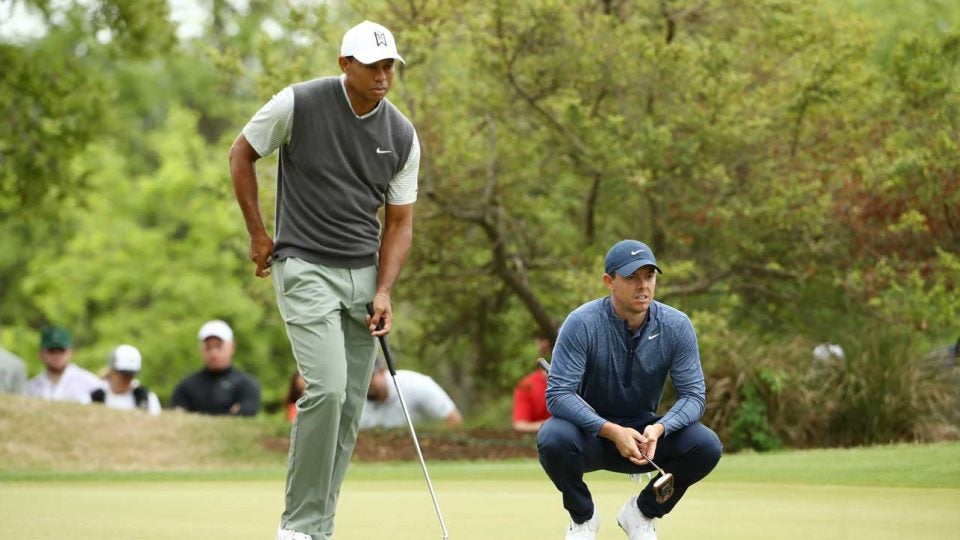 Plans are in the works for a return of the once-popular Skins game, featuring Tiger Woods and Rory McIlroy, according to a report from ESPN’s Bob Harig.

Joining Woods and McIlroy will be Jason Day and Hideki Matsuyama, in the match scheduled for Oct. 21, just a few days before the first PGA Tour event in Japan. According to the report, the match will take place at the same club — Narashino Country Club — as the Zozo Championship. The match will take place on the Monday of that tournament week. Woods will also take part in the Zozo.

Recall that Woods played a high-stakes (charity) match against Phil Mickelson on Thanksgiving weekend in 2018. The event was streamed pay-per-view by Bleacher Report, though it was eventually scrapped for sake of higher viewership when the stream experienced technical difficulties.

This event, according to the report, is a PGA Tour-sanctioned event, and is part of a content deal Woods has with GolfTV, an international rights holder of PGA Tour content. This match’s TV rights in the United States have yet to be decided.

Woods, McIlroy, Day and Matsuyama all missed the cut last week at the Open at Royal Portrush, the year’s final major. They are each expected to play the first event of the FedEx Cup Playoffs at Liberty National on August 8.