Tiger Woods and links golf — can it be a perfect match at Carnoustie? 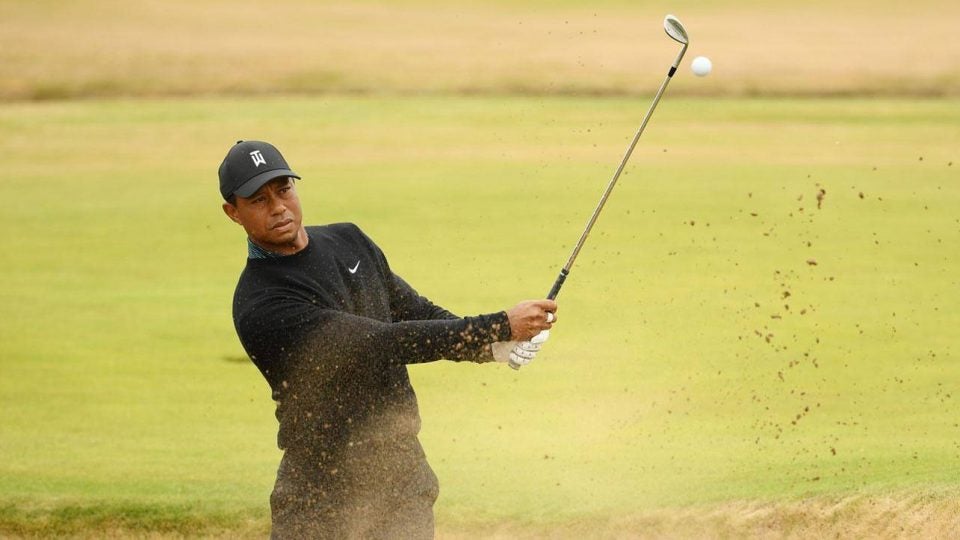 CARNOUSTIE, Scotland — This much is clear: Tiger Woods loves links golf. It puts a little twinkle in his eye. Fast and firm is his favorite type of turf.

Not the Florida Bermuda he plays at home, nor the California Kikuyu he grew up on. Nope, the golf Woods loves most is here in a foreign land, on fescue grass along the sea. Bounce it on the ground, get creative and get it in the hole.

Woods, 42, could hardly hide his enthusiasm Tuesday. He sat in front of the media in good spirits, happy to be playing again — this has become his press conference routine — while continuously praising the links land. He gushed so much, it made you start to wonder about his chances this week.

The story of this British Open is the baked-out Carnoustie Golf Links, which offers a level of trickery most pros are not accustomed to. It’s been a very rare summer here in Scotland. While last year was the wettest in 80 years, 2018 has been one of the dryest. June and July see an average of 106 mm (4.17 inches) of rain each year, but just 28.6 mm have fallen in ’18. The result is a tan and crispy golf course, on which these hard, white, dimpled spheres roll and roll and roll and roll.

Tommy Fleetwood crushed Carnoustie last fall. It was much more green and much more wet, and he shot a 63 to set a new record. And now? “It is a completely different course,” Fleetwood said Monday. “I’ve never played it this firm or fast.” Shots he hit last year, Fleetwood says, have “literally no relevance” this week.

Woods has yet to win anywhere this year as he continues his comeback from fusion surgery, and driver has been one of the clubs holding his back. But length won’t be a priority here. What matters most at Carnoustie is supreme control of the ball. Woods has shown flashes of solid iron play, but not at this year’s first two majors.

This week Woods has dropped a new 2-iron in his bag. It’s bent down to 17 degrees (from the typical 20), and he says it carries some 250 yards in the air. But it might not be the right club to hit off the tees this week. “I haven’t really been able to use it that many times out here because I’m hitting my other irons so far,” Woods said. “If it softens up, it could be a good club. If it doesn’t soften up, then I might just add a degree to it and keep it a little softer and not have it so hot.”

The man is crafting his blueprint. Woods arrived in Scotland with his own game plan and his caddy Joe LaCava arrived with his own. Throughout the practice rounds, which began with an 8-hole intro Sunday evening, they’re meshing those plans together. (It won’t be tough — they disagreed on how to play just one hole.) But Padraig Harrington, who won here in 2007, explained Carnoustie quite plainly: “There’s no perfect strategy that eliminates risk. You’re going to have to take some risk. You’re going to have to go by, skirt by some bunkers. It’s very difficult to stay short.”

Woods is going plenty long in these practice rounds. He smoked a 3-iron 333 yards. Harrington and Dustin Johnson each reportedly drove tee shots into the greenside burn on the par-4 18th, some 470 yards. Carnoustie, it would seem, has 156 different gameplans for the field’s 156 different players.

Back @carnoustiegolf for @TheOpen @padraig_h drove it in the burn on 18 again. This time the one in front of the green. Only the 457 yard drive! Fairways are a bit brown. pic.twitter.com/MQ5gPM017Y

With irons rolling out anywhere from 40 to 80 yards, Woods’s volatile driver will be benched for much of the week and may not even come out of the bag once. On the greens, he’s sticking with his new TaylorMade mallet putter, which debuted three weeks ago in hot and humid Washington D.C., a different setting in almost every way imaginable. He finished seventh that week in Strokes Gained: Putting. Take that for some flatstick optimism.

Woods’s putter change may have looked alarming at first — he’s almost exclusively used blade putters — but if he putts well this week, get ready for the new normal. In years past, Woods arrived in Scotland with a little lead tape added to his putters. The added weight helped him adjust to slower greens.

It speaks to a bit of the Woodsian links mindset. It’s a minutia not many players would dare address, but it unfurls a bit of the reasoning why Woods loves the links so damn much. It’s golf that challenges you differently every day. Which begs the question: Is there a better mind in the game? Probably not. Let’s see if his swing and putter follow suit.