Tiger Woods is on a mission this week at Bethpage Black, and a little cold and rain isn’t going to scare him off. Woods once again prepped for the 2019 PGA Championship on Monday, playing a practice round in the morning.

After a beautiful Saturday, temperatures on Long Island plummeted on Sunday as rain storms moved into the area. The rain was still falling, and temps were stuck in the 40s when Tiger teed off for his practice round before 8:00 a.m. ET, according to a report from ESPN’s Bob Harig.

Woods donned a knit ski cap over his normal Nike cap to fight off the cold, which you can see below. 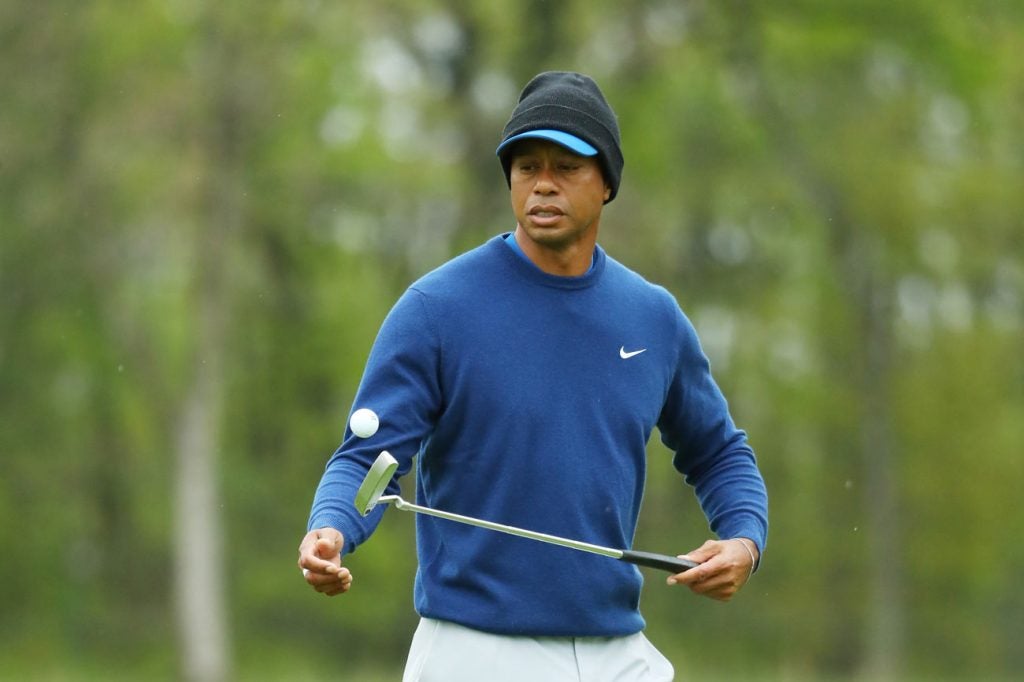 Tiger Woods on Monday at Bethpage Black prior to the start of the 2019 PGA Championship.
Getty Images

Tiger was previously spotted at Bethpage Black last Wednesday, when he played a lengthy practice round to prepare for the second major of the year (his gigantic yacht has been docked in Long Island for almost two weeks). Woods won the Masters in April to secure his 15th major title and his first since 2008.

The extra practice was important to fend off any rust considering he has not played an event since winning his fifth green jacket.

Features
Tour Confidential: Will Tiger Woods be refreshed (or rusty) at the PGA Championship?

That is good news for Tiger fans. Concerns about Woods’ health grew when he was seen limping in a video after his Masters win. But video of Woods hitting drives at Bethpage calmed some of those worries. According to LaCava, the 15-time major champ is feeling good, and his game is looking good, too.

If LaCava is right, it means Woods is well positioned to make a serious run at major No. 16, and PGA Tour win No. 82, this week. Improving his odds is the fact that he’s already won a major at Bethpage, the 2002 U.S. Open.

Woods tees off for the first round of the 2019 PGA Championship Thursday morning at 8:24 a.m. ET alongside Francesco Molinari and defending champion Brooks Koepka.