PHOTOS: Check out the new putter Tiger Woods is using at the Dell 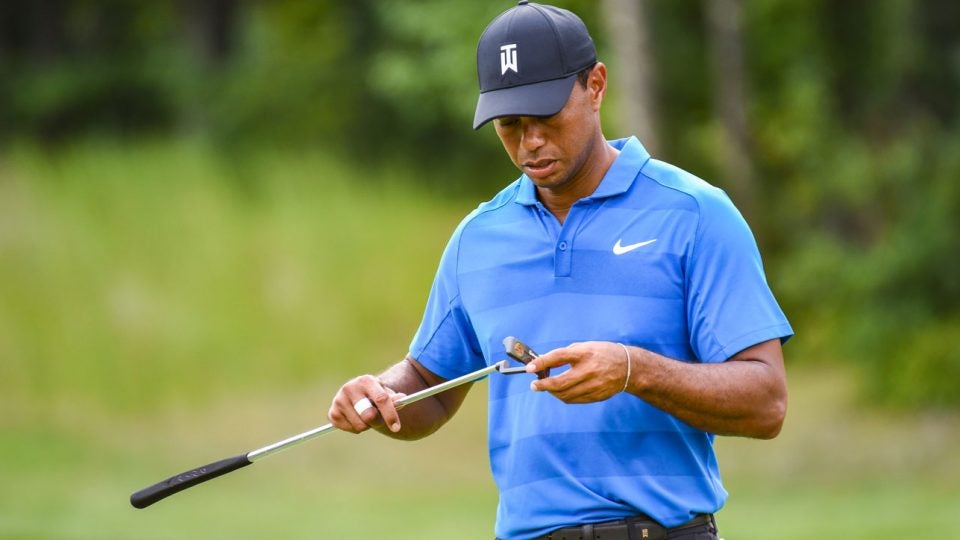 Tiger Woods was inspecting his new putter on Thursday. Friday, he put it into play.
Getty Images

Tiger Woods was spotted tinkering with a new putter during Thursday’s Dell Technologies Pro-Am. In Friday’s first round, he put that new weapon into play.

But the switch was no impulse decision, according to a Golfweek report. Woods told the publication that he has been working with TaylorMade since July on a putter that would look more similar to his old Scotty Cameron. “I’ve been asking for one that looks like it in the shape, but also has the technology with the grooves in it,” Woods said.

Woods made headlines when he switched to TaylorMade’s Ardmore 3 mallet at last month’s Quicken Loans and has been using the same putter since. But he struggled with his putting at last week’s Northern Trust, ranking 79th in strokes gained: putting of players to make the cut. That likely made this week an appealing time for a switch.

CHECK OUT THE NEW-AND-IMPROVED GOLFLOGIX, THE YARDAGE-MEASURING, PUTT-READING APP FOR SMART GOLFERS

The new putter is a TP Collection Black Copper Juno with “Tiger” stamped in red on the back. The putter resembles the style of Woods’s tried-and-true Scotty Cameron, a blade-style putter with a plumber’s-neck hosel.

“You have to make putts,” Woods said after his final round at the Northern Trust. “That’s the only way we’re going to shoot low rounds. I didn’t do it this week.” Woods teed off at 8:51 on Friday with Marc Leishman and Chez Reavie. Check out more photos of the new putter below.