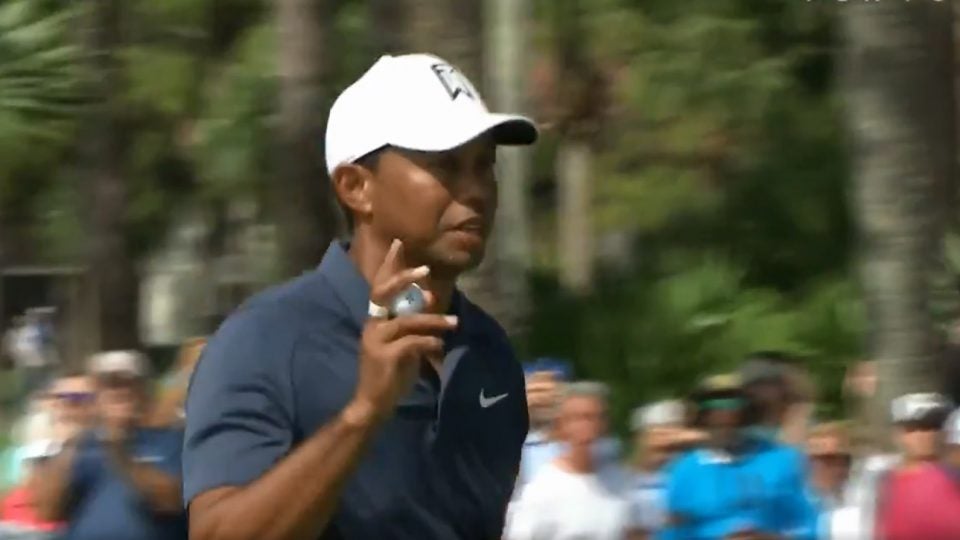 Tiger Woods got off to a strong start in the third round of the Honda Classic.

Tiger Woods got off to a steady and relatively stress-free start Saturday in the third round of the Honda Classic, positioning himself well to make a run at the lead on the back nine.

Woods began his round with seven-straight pars, most of which were routine. He hit the first three greens in regulation, all of which resulted in tap-in pars.

He was forced to scramble for the first time on the par-4 4th hole when his tee shot ended up in a left fairway bunker and his approach rolled over the green. But Tiger was able to get up-and-down to remain at one over for the tournament.

He hit a nice tee shot on the par-3 5th, only to just miss his first birdie of the day. The difficult par-4 6th hole followed, but Woods did not seem intimated, putting together his most routine par of the day. He split the fairway, knocked the approach to 17 feet, and tapped in for par after the birdie putt burned the edge of the cup.

Woods missed another prime opportunity for birdie at the par-3 7th when his tee shot left him just 14 feet from the hole. Yet he finished with the same result as on the first six.

It wasn’t until the 8th hole that the 79-time PGA Tour winner finally cashed in. His tee shot left him in the center of the fairway, 140 yards from the hole on the short par-4. He pured a wedge with his approach, sticking it less than six feet away. When the birdie putt dropped Woods moved to one under on the day, even par for the tournament, and just three shots off the lead.

.@TigerWoods collects his first birdie of the day.

On the final hole of the front, Tiger kept his driver in the bag again and hit another fairway before sticking his approach to 14 feet. He was unable to convert the birdie this time, recording his eighth par of the day.