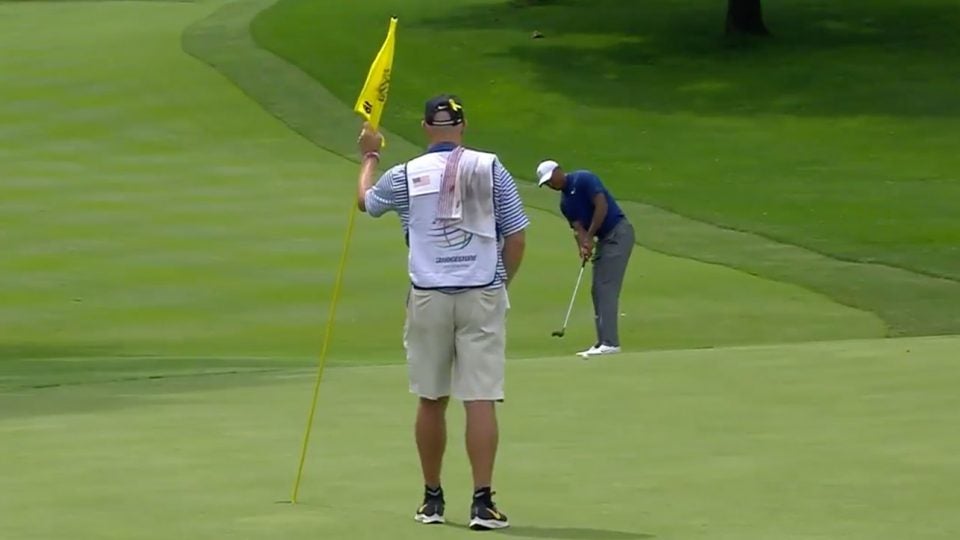 Yes, this putt for Tiger Woods somehow found the bottom of the cup.
Twitter.com/PGATour

Tiger Woods is off and running at the WGC-Bridgestone Invitational, and in a very loud way.

Woods shot three under on his first nine at Firestone Country Club, punctuated by his closing putt. From 50 feet away, and with his caddie Joe LaCava tending the flag, Woods hammered his putt up the hill from just off the green. The ball rolled along with at least three feet of break, right until it disappeared into the center of the hole for a birdie. Yes, the fans in Akron appreciated it.

A birdie from WAY downtown for Tiger Woods!

It is well documented just how well Woods has played in his career at this event, winning it eight times. Justin Ray of Golf Channel made it quite clear what a good opening nine might mean for Woods.

This is the 4th time Tiger Woods has opened the WGC-Bridgestone at Firestone with a score of -3 or better through 9 holes of his opening round. His finishes the previous 3 times: Win, Win, Win.