Tiger’s locker, Phil photos and the other best things in golf this week

Every week (pretty much) GOLF senior writer Michael Bamberger identifies — and ranks — the absolute, undeniably, very best* things in golf right now. This week, he’s keeping it real as he files from the “People’s Country Club.”  (*or at least mildly interesting)

7. Best Funky Site for a Major

It’s gotta be this place. How can there be one state park with five golf courses? It’s funky, it’s scruffy — it’s public. But it’s also unexpectedly intimate, moreso than Augusta National is these days. At the back of the clubhouse, there’s a large putting green and then a walkway with park benches and then the clubhouse. In places, and all day long all three are crowded with players, caddies, WAGs, wags, officials, agents and assorted other hangers-on. With the sun finally out on Wednesday, people were in no rush to go anywhere. There’s Padraig Harrington. There’s Dottie Pepper. There’s Billy Forster, the heart-and-soul of a dozen European Ryder Cup teams.

It’s gotta be this place. (You’re welcome to make a case for Carnoustie.) Pre-tournament, the focus always is on who does the course favor, who will win, what the winning score will be. But for roughly half of the 156 players in the field here at BPB, this is going to be a two-day workweek. Kenny Harms, Kevin Na’s caddie, was predicting Wednesday afternoon that 32 players will shoot 160 or worse for 36 holes. Yikes.

It’s gotta be No. 7, which was designed to be a par-5 and will become a par-5 again come Monday morning. Well, Kevin Na was able to reach it in two in his Wednesday practice round. Driver off the tee, driver off the deck.

It’s gotta be (courtesy of alphabethical seating) Tiger Woods sitting right next to Y.E. Yang, the man who stole Tiger’s soul at the 2009 PGA Championship. 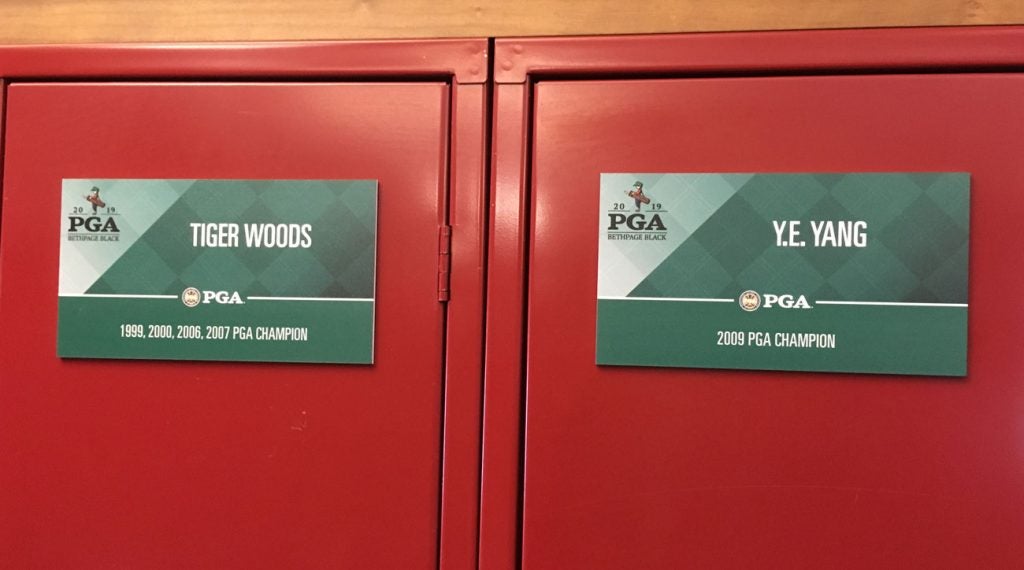 Tiger Woods and Y.E. Yang battled at the 2009 PGA Championship. You can see who won.
Michael Bamberger

It’s gotta be the collection of photos devoted to Phil Mickelson’s second-place finish in the 2002 U.S. Open at Bethpage Black. Second-place finishes are not normally celebrated in this fashion. For instance, there are no Phil photos on the walls at Winged Foot or Shinnecock Hills or Merion, to cite three other courses where he had second-place U.S. Open finishes. If there are any photos of Mickelson from his 2009 U.S. Open runner-up finish at Bethpage to Lucas Glover on the Bethpage walls, this reporter did not see them. 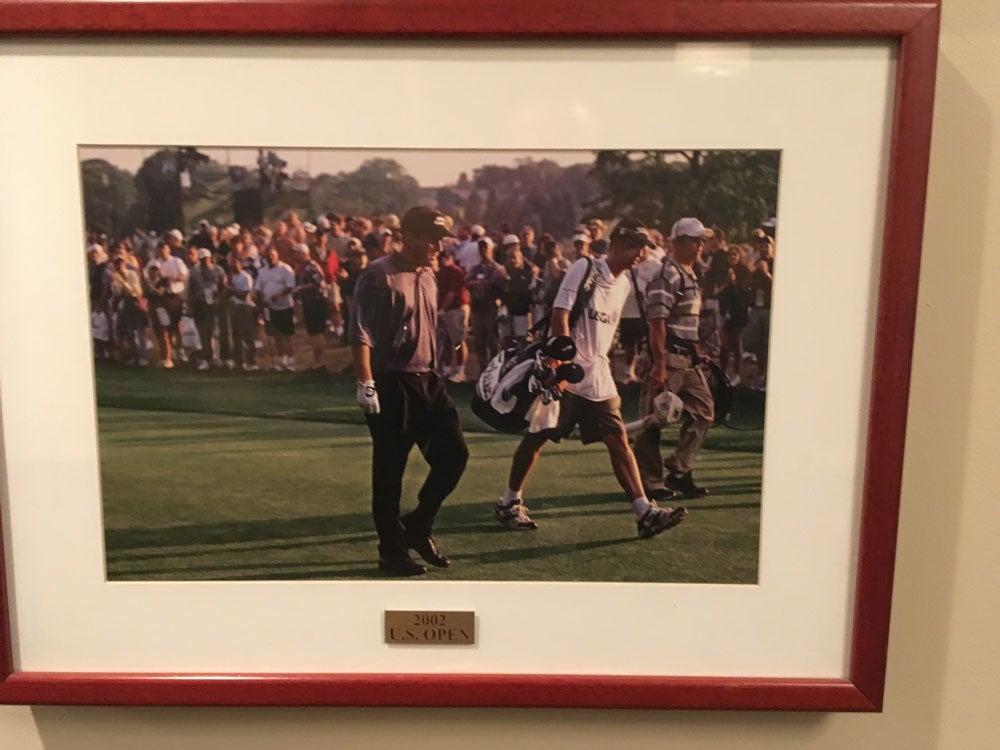 Phil Mickelson has a fan (or two) at Bethpage.
Michael Bamberger

2. Best Intersection near the SpringHill Suites off the LIE in Brookhaven

It’s gotta be the intersection of Sawgrass and Pinehurst. Sportswriters, as a tribe and to generalize, are hopelessly devoted to Marriott points. The golfiest of all SpringHill Suites (a Marriott property) has to be the one in Latrobe, Pa., which is practically an Arnold Palmer Museum. But the SpringHill Suites in Brookhaven, a mere 30 miles from the golf course, is surrounded by a soulless industrial development where the streets have names that warm the heart. There’s a fine deli here, near that corner. The pleasures of being an accidental tourist. 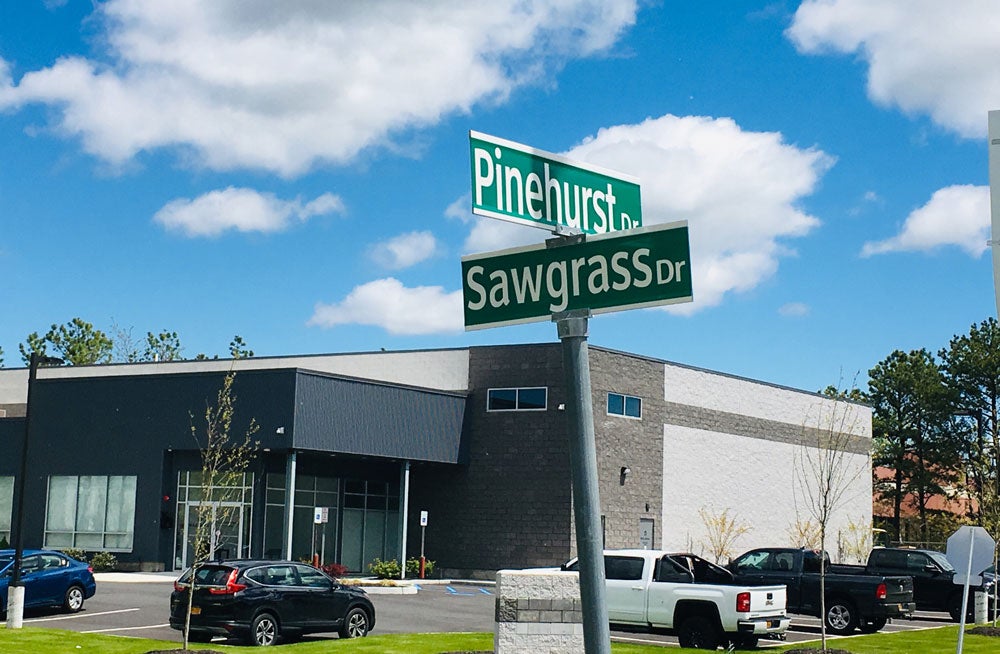 Tiger was hitting balls on the cramped range here, game face on, when he suddenly took a brief break and started offering the names of players who began the year with conditional Tour status for this but have now made enough money to secure their cards for next year.