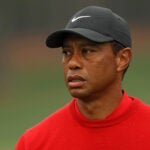 Tiger Woods was involved in a car accident Tuesday morning in the greater Los Angeles area.

Tiger Woods was injured in a car crash in Southern California early Tuesday morning and taken to the hospital by ambulance, according to a statement from the L.A. County Sheriff’s Department.

Steven Gregory, a correspondent for iHeartMedia, first reported the news via his Twitter account. The LASD later confirmed the single-vehicle roll-over crash in which Woods was the lone occupant of the car. Police also said that Woods exhibited “no evidence of impairment.”

Woods’s agent, Mark Steinberg, told Golf Digest that Woods, 45, suffered “multiple” leg injuries. “He is currently in surgery, and we thank you for your privacy and support,” Steinberg said. Later Tuesday evening, Woods’ Twitter account confirmed the injuries and the severity of the surgery, as provided in this explanation from Anish Mahajan, Chief MD:

“Mr. Woods suffered significant orthopedic injuries to his right lower extremity that were treated during emergency surgery by Orthopaedic trauma specialists at Harbor-UCLA Medical Center, a level 1 trauma center. Comminuted open fractures affecting both the upper and lower portions of the tibia and fibula bones were stabilized by inserting a rod into the tibia. Additional injuries to the bones of the foot and ankle were stabilized with a combination of screws and pins. Trauma to the muscle and soft-tissue of the leg required surgical release of the covering of the muscles to relieve pressure due to swelling.”

The statement also clarified that Woods was awake, responsive and recovering in his hospital room.

The severity of the accident required Woods to be extricated from the vehicle, according to the L.A. County Fire Department. An LAFD spokesman told the L.A. Times that “because of the situation and the way that you found the vehicle, he wasn’t able to open the door and come out. We extricated him, we helped assist him out of the vehicle.” A Reuters aerial video of the crashed vehicle shows that at least one pale blue airbag was deployed.

Golf Digest reported Woods was in Rancho Palos Verdes for a video shoot for the magazine and Golf TV, adding he “was in good spirits on Monday but did not arrive to the course for the second day of shooting.” Rancho Palos Verdes is a sprawling, affluent area about 30 miles south of L.A.’s downtown, much more noted for its horse farms and surfing beaches than its golf courses, although Trump L.A. is located in the city. The two-day shoot was taking place at Rolling Hills Country Club, where Woods was apparently giving lessons to celebrities, including comedian David Spade and former NBA star Dwyane Wade.

The accident took place off Hawthorne Blvd., adjacent to Rolling Hills Estates, on a sloping, bending stretch of roadway that police said Tuesday has produced a “high frequency of accidents.” Woods reportedly was traveling northbound on Hawthorne, while the car ended up on the southbound side of the road. An officer who was on the scene said that Woods’ SUV was likely traveling at a “relatively greater speed than normal.” Below are photos of the accident taken Tuesday.

Woods was last seen publicly Sunday at the Genesis Invitational, a PGA Tour event that Woods hosts. He was briefly in the CBS booth for an interview with Jim Nantz, and he later took part in the trophy ceremony with winner Max Homa.

Almost anytime Woods is in a car, he is driving it. His former caddie, Steve Williams, is a professional race-car driver, but when he and Woods were in a car together, as they often were, Woods did the driving. When his current caddie, Joe LaCava, worked for Fred Couples, LaCava did all the driving and Couples sat in passenger seat. Working for Woods, Woods drives his caddie, not the other way around.

Many of Woods’ peers were at the World Golf Championships-Workday Championship, in Bradenton, Fla., on Tuesday afternoon as news of the accident surfaced.

“It’s sickening,” Adam Scott said. “He’s our hero out here. You think guys like Tiger and Kobe Bryant are untouchable, but they’re not. I just hope he’s all right.”

Xander Schauffele said he heard the news from his putting coach.

“The mood has been very quiet,” Schauffele said. “Everyone I’ve talked to has been in a strange mood due to the news. I was talking to my caddie about the impact he’s had on the game . It’s not good for us, not good for the game of golf. All we can do is hope that he’s fine and has a speedy recovery.”

Woods last competed in December at the PNC Father-Son Championship alongside his son, Charlie; he also has a daughter, Sam. Shortly thereafter, Woods announced he underwent a back surgery to relieve a pinched nerve.