WATCH: Tiger Woods holes out from bunker on the third hole 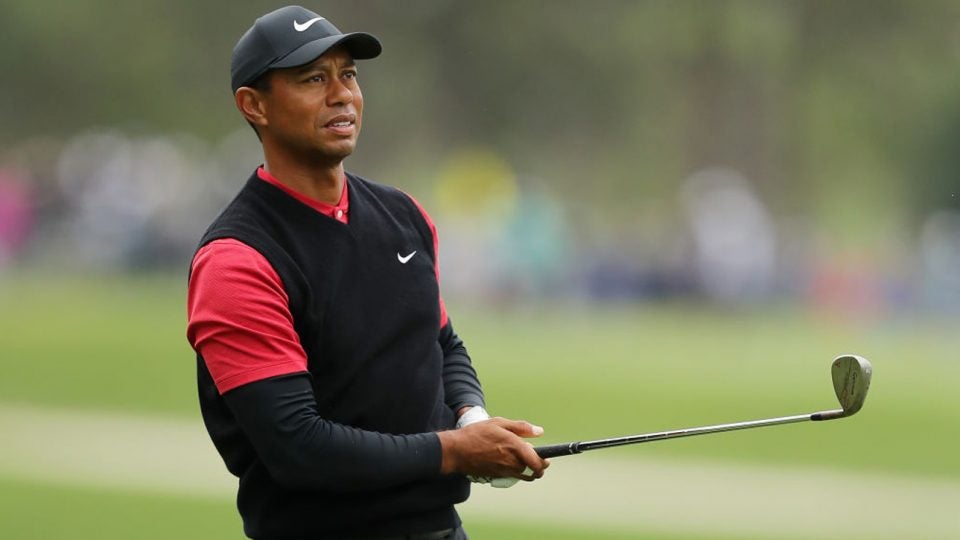 Tiger Woods holed out from the greenside bunker on the par-3 third hole.
Getty Images

Tiger Woods is having an up and down week at the Players Championship, literally and figuratively. Nowhere was this more evident than his hole out from a bunker on the par-3 third hole at TPC Sawgrass.

After pulling his tee shot to the left of the greenside bunker, Tiger’s ball was sitting down in the damp grass. Unfortunately, he botched the flop shot, which came up short and landed in the bunker just in front of his original lie.

With this turn of events, most of us would be looking at a bogey. But not for Tiger Woods.

He dug his feet into the sand, initiated his swing and holed out for par, giving the crowd an early thrill and adding to his already lengthy highlight reel.

It may not have been vintage Tiger, but the hole out gave Tiger some much needed momentum, and he would go on to birdie the next hole.

Watch it all play out below:

It always looked like a three, right? …@TigerWoods holes out from the bunker to save par.#QuickHits pic.twitter.com/2jSefEFCFi