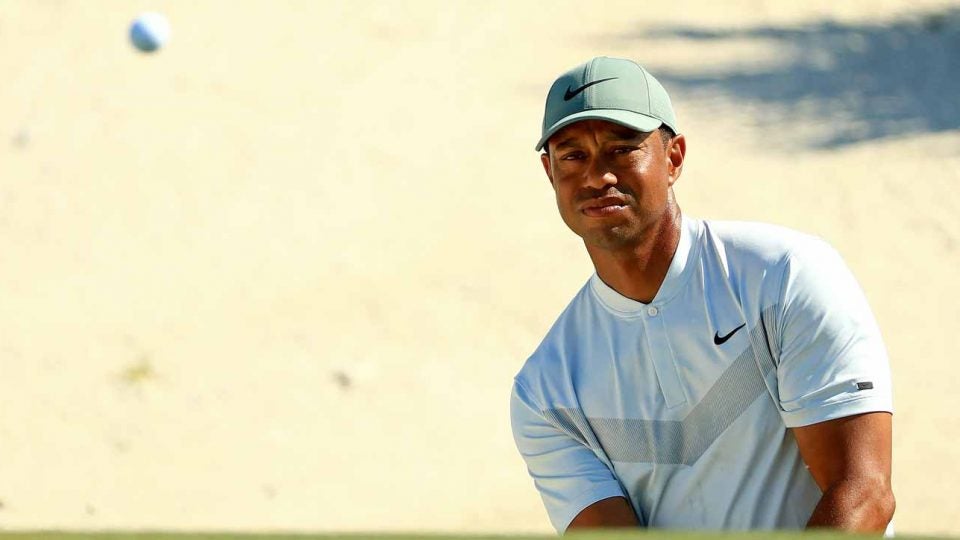 NEW PROVIDENCE, Bahamas — The most important shot of Tiger Woods’ second round at the Hero World Challenge was a four-foot putt for par on the 17th green. His second-most important shot was the next one, when he found the fairway at 18, his longtime nemesis. The combination sealed a bogey-free 6-under 66 that jumped the host back into contention at the halfway mark in the Bahamas.

A day before, Woods’ back-nine charge had stalled when he made bogey from a plugged bunker lie at 17, then found a fairway bunker at 18 and three-putted for double. Not the case on Thursday, when he striped a drive, stuck an iron shot and just missed his putt for birdie.

He admitted his relief at surviving the treacherous par-4 18th, which has water down the left and uneven waste area down the right. “Normally it’s either soup or it’s rocks, so finally got one in the fairway,” he said. “It’s just a tough hole. There are certain holes on a golf course in which I think I’m sure all of us who play, certain holes just don’t look right to our eye and just don’t feel good. Unfortunately, this is one of them.”

On Thursday, nearly everything seemed to go right for Woods. His front-nine ball-striking was far from perfect, but when he missed greens he did so in the right places. From there he leaned on his short game, getting up-and-down six time in six tries on just the front nine — including for birdie from the greenside bunker at the par-5 6th. It’s hard to oversell just how comfortable Woods looked around the greens; Albany requires a variety of short game shots around its slopey, grainy green complexes and Woods looked fully up to the challenge.

After making the turn at 1-under 35, Woods shifted into the next gear. After a ho-hum two-putt par at No. 10, Woods roasted his tee shot downwind at the par-5 11th and perfectly judged his mid-iron approach, which bounded through the last stretch of fairway and onto the green to some six feet, which he poured in for eagle.

An eagle on the 11th sees him to 3-under on the day.#LiveUnderPar pic.twitter.com/0Rf1xfVX8y

Woods smoothed an iron inside five feet on No. 12 for a second-straight birdie, then navigated a nifty up-and-down at the reachable par-4 14th.

The host is heating up. 🔥@TigerWoods is 3-under in his last two holes after going 🦅-🐦. pic.twitter.com/G0PIdEKbTN

He stuck it to six feet on No. 16 to cap off a stretch of six holes that he played in five under par for the second consecutive day.

No slowing down. ⏩@TigerWoods is putting together the round of the day.

He’s 5-under in his last 6 holes and T3. pic.twitter.com/hhtdKUdeLp

Excitement rippled throughout the crowd, which swelled to a couple hundred at its peak. That was plenty of fans for Woods.

As Woods spoke to reporters after his round, he nodded in approval as Patrick Reed stared down birdie to open up a three-shot gap on the field at 11-under (he would post 12-under, stretching his lead to four). As one of Woods’ captain’s picks for next week’s Presidents Cup, Reed is making himself look like a smart choice.

Still, the team competition doesn’t start for another week. So on Friday, Woods will do what he can to chase him down.