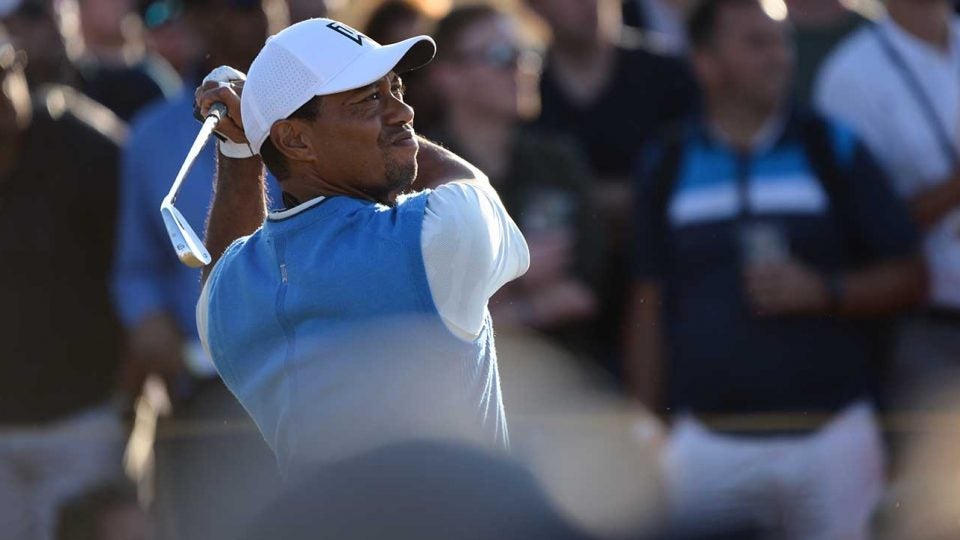 Tiger Woods kicked off the British Open with a 71.
Angus Murray

CARNOUSTIE, Scotland — The best thing about the first day here — and, as the kids used to say, it’s all good — was the Russ-‘n-Tiger Woods show at half past eight, local time. They took to their postgame mics and knocked out the bon mots like they were the Smothers Brothers. (Ask your grandparents or hit YouTube.)

A reporter asked Knox, a native Scot, what it was like to play with Woods for the first time.

“I mean — I don’t know, really. I mean, it’s Tiger Woods. How would you feel playing with him?”

We all know the answer to that:

SCARED OUT OF OUR MINDS!

Soon after, when Woods pushed Knox off the podium, Woods was asked if he knew that Knox was nervous, to be playing with him.

“I don’t know how nervous he could be — he just won, right?” Woods said.

Then, playing the straight man, Woods said, “We’re in a major championship. We’re all nervous. We all have to battle those nerves. And this golf course, it’s not easy.”

No, it’s not. Historically it’s probably the hardest — resistant to scoring and this year brick hard — of all the courses in the Open rotation. Kevin Kisner played it in five under in relative still of the morning. Woods, a three-time Open winner, and the other late starters caught the toughest part of the day.

The gents at the R&A gave Woods, who shot 71, an unconscionably late Thursday tee time, 3:21 p.m., playing with Hideki Matsuyama of Japan and Knox, who was born in Inverness and now lives in Jacksonville Beach. Woods is an early riser and a poor sleeper and the late-day seaside wind often picks up here before it dies. The round took five hours. Woods played the round with two pieces of black vertical KT tape running down his neck and lower back. The old Tiger Woods would have been all business, get-in, get-out in his postgame remarks. Woods spoke, meaningfully, for just short of 15 minutes. New Tiger.

Asked about the therapeutic tape, Woods said, “Everyone acts like this is the first time I’ve been bandaged. I’ve been doing this for years, braces and bandages. It’s just that this time it’s actually visible.”

He was wearing a watch from one of his sponsors, Rolex, and, beside it, a red-and-white Buddha bracelet with one black bead. Woods was asked about his autograph signing, the change in wind directions, Knox’s reception, among other things. He answered with the equanimity that has characterized his exchanges all year.

Knox was asked if posed for a selfie with Woods.

Woods played a conservative round of golf, the most recent in a string of conservative rounds going back to 1996, if you want to count just his professional career. That’s how he plays because he has had, like Jack Nicklaus before him, the talent not to be overly aggressive. His putting looks slightly different with his new massive new TaylorMade putter. His stance appears to be slightly less upright and his left eye is no longer directly over the ball, as it was in his putting prime. Sometimes you can see the pull coming.

But in other ways, it was vintage Tiger. Knox was asked if Woods did anything to help the 33-year-old Scot, a likely future Ryder Cupper, relax on the course.

Well, that might be a tough extreme, but not too far off. Woods is trying to win his 15th major. Knox (73) is trying to win his first. After one round, one has a better chance than the other. But if Woods has proved anything in his long career, these tournaments are 72 holes, and sometimes longer.

Translation: I don’t care what he shoots as long as I shoot something in the mid-60s. 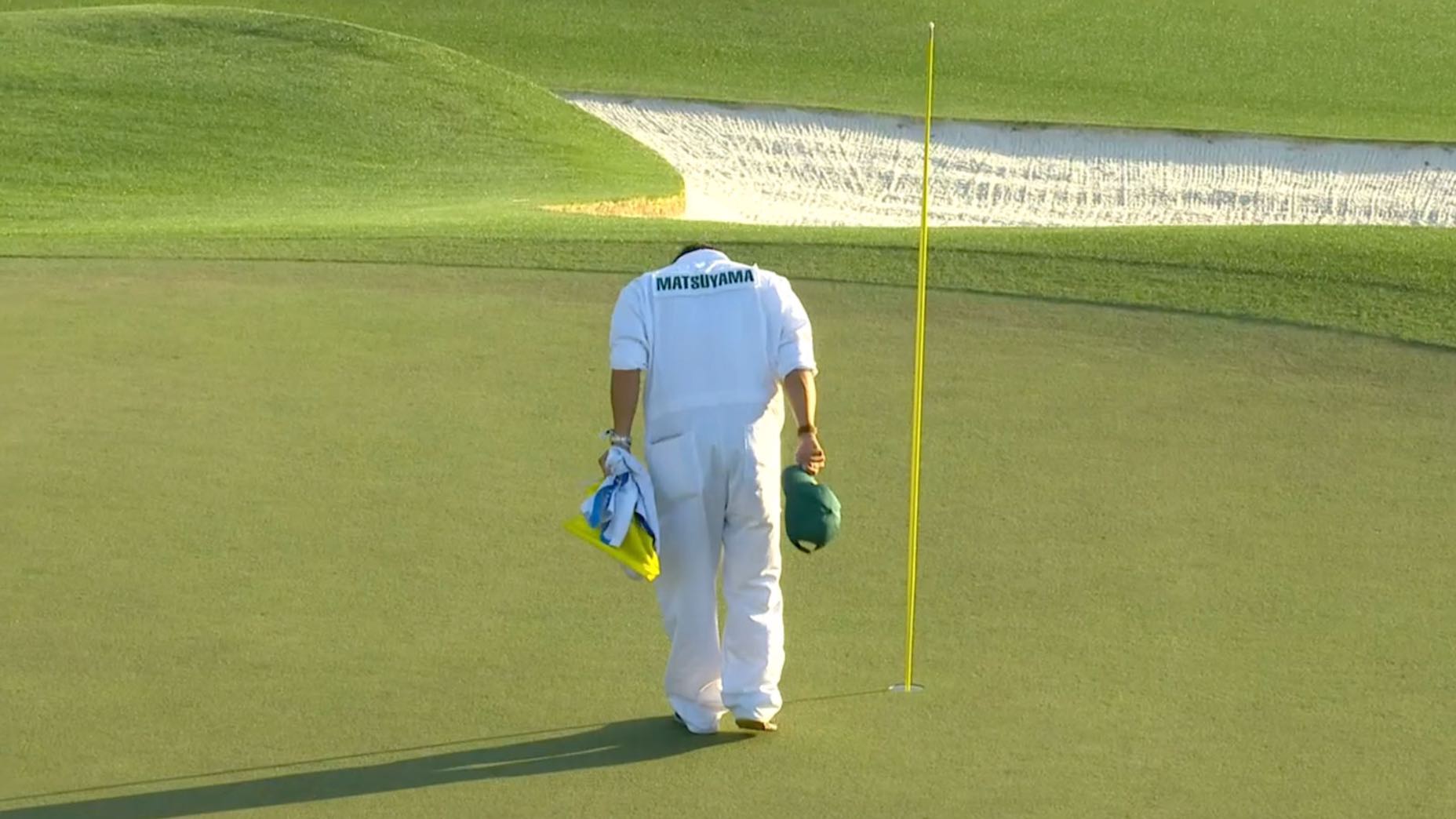 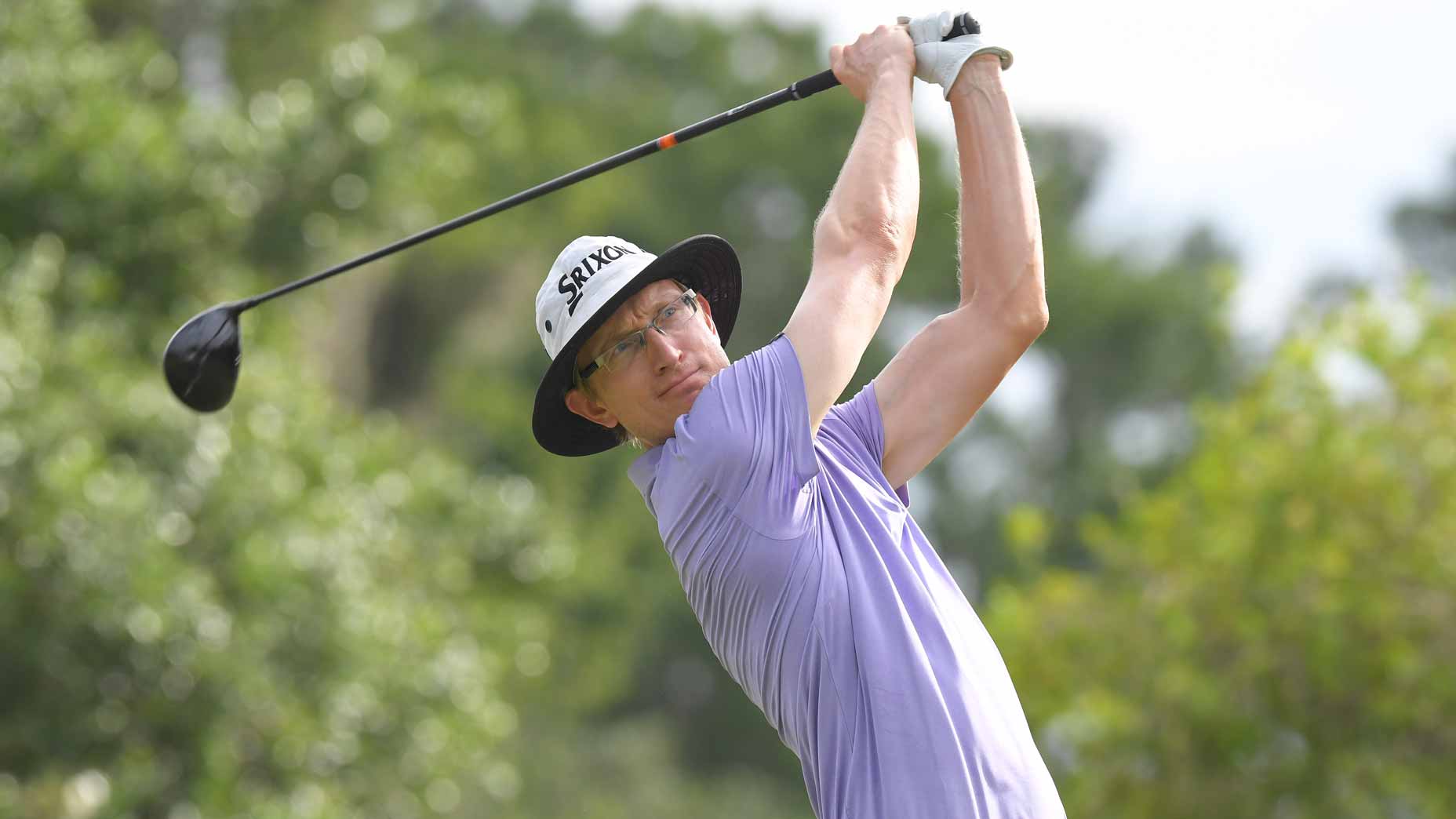 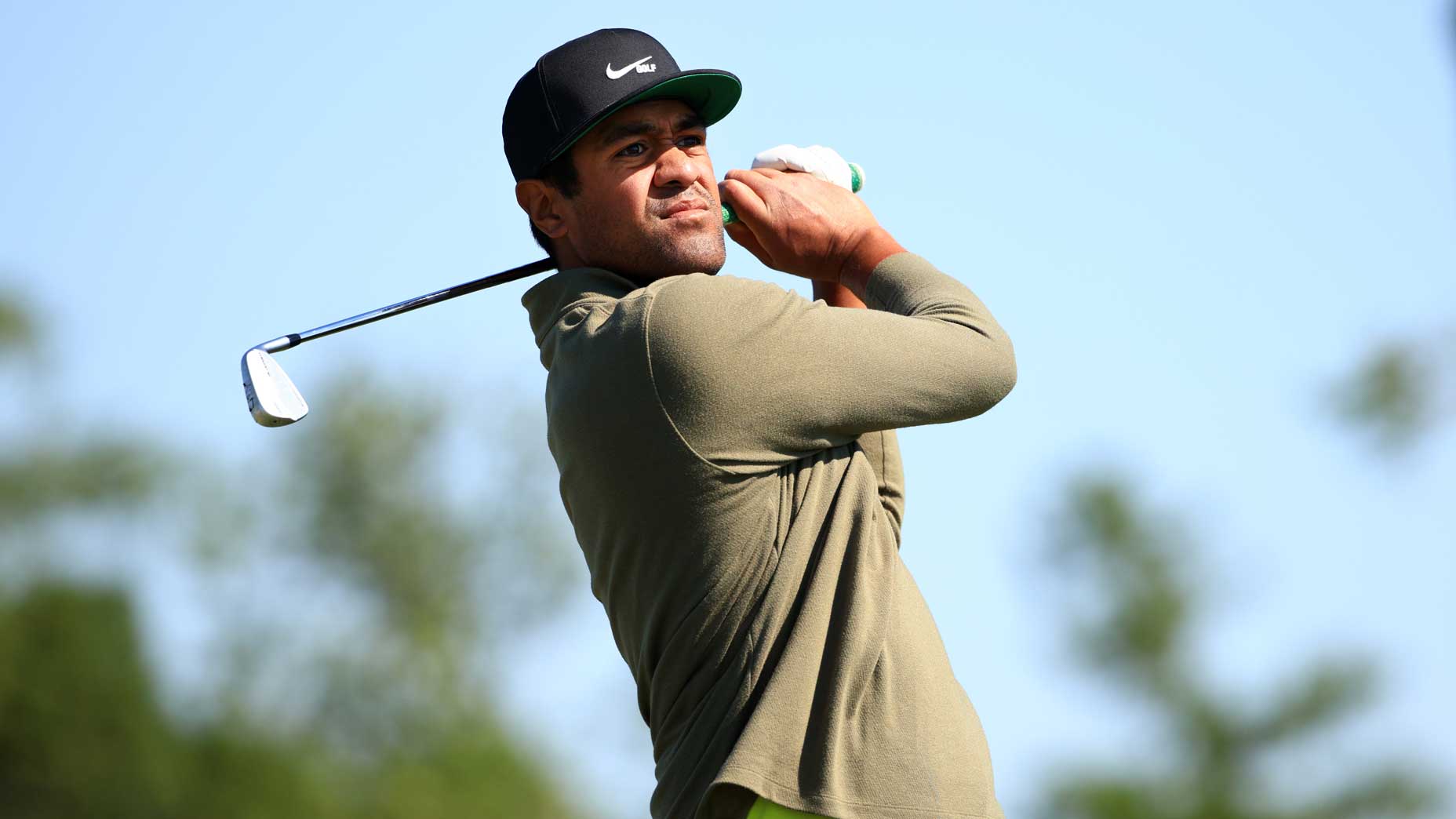 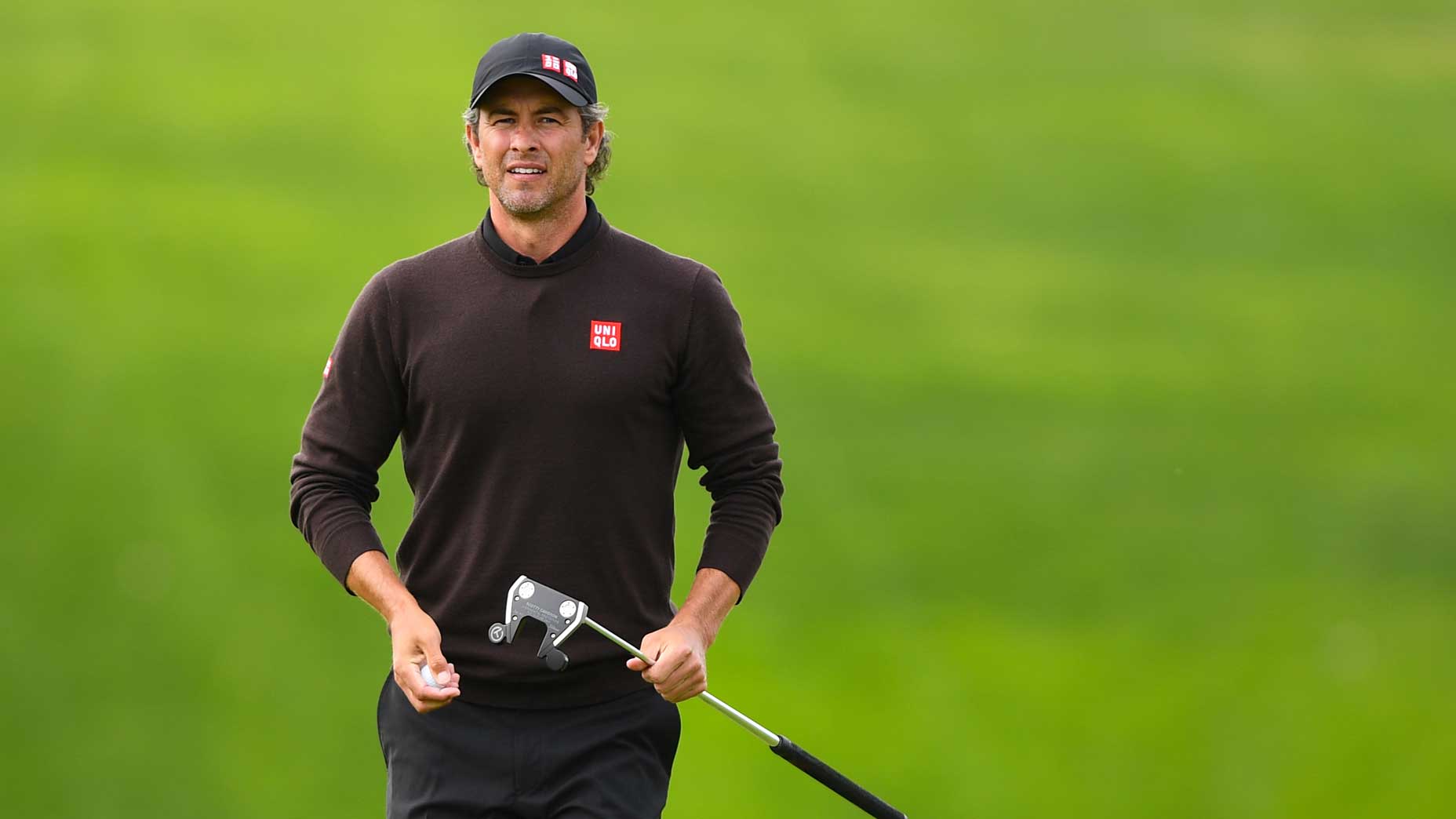 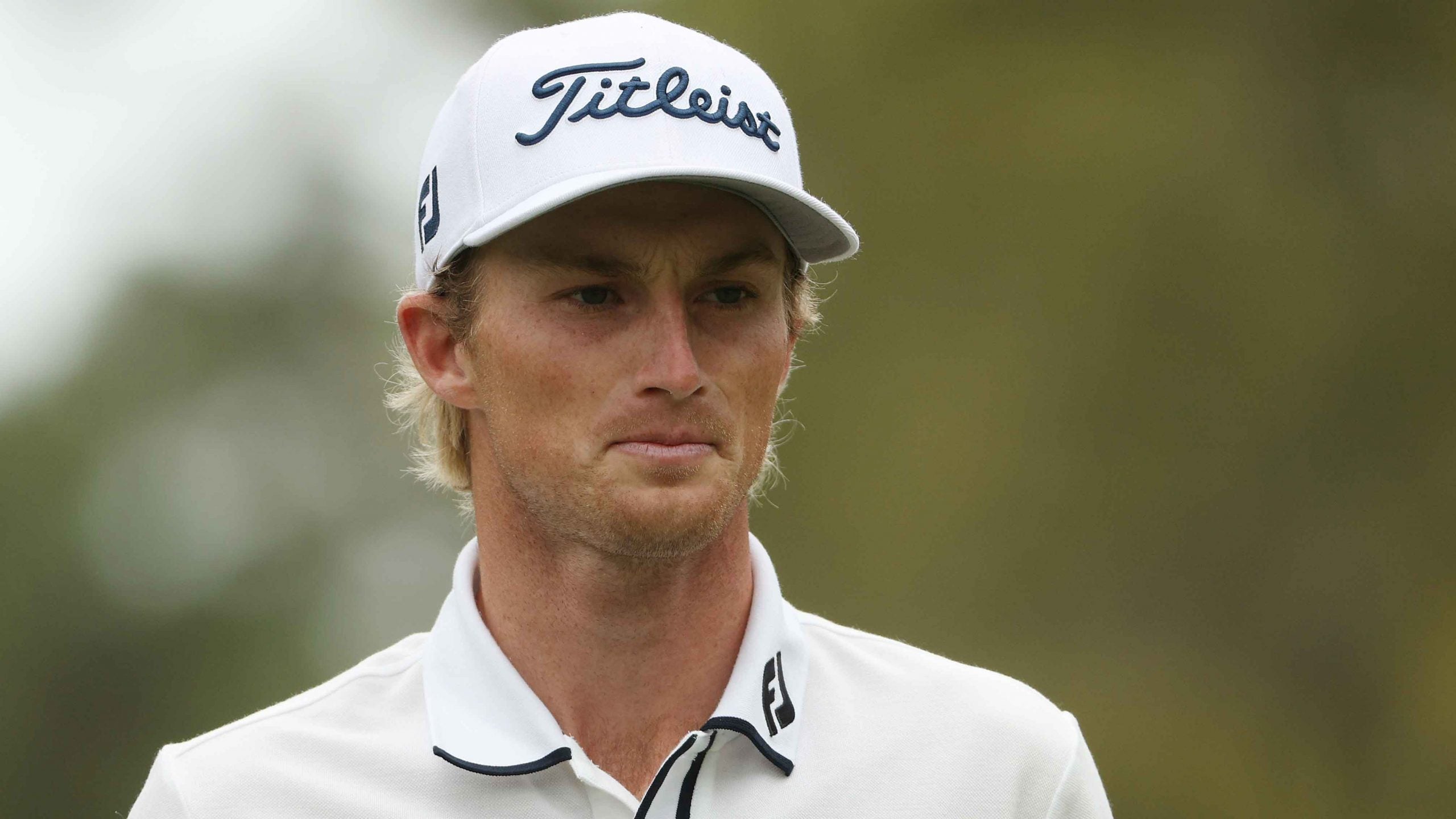