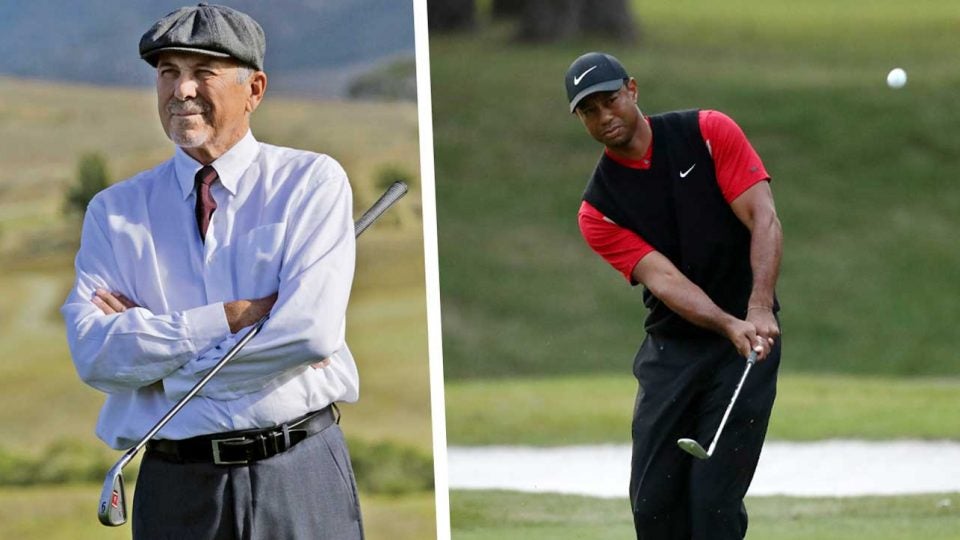 Rudy Duran knew Tiger Woods long before the rest of the world did.
Getty Images

During last year’s Masters Sunday, Tiger Woods was stalking another green jacket and you could feel it in your gut. The golf world came to a standstill … except on the driving range at Chalk Mountain Golf Course, in the sleepy town of Atascadero in central California. For Rudy Duran, Masters Sunday was business as usual, as he gave a string of lessons to golfers of varying age and ability.

“I heard a few shouts here and there, and a few people told me Tiger did this, Tiger did that,” says Duran with a chuckle. “It’s not that I don’t care, because I do. But I’ve been watching Tiger do amazing things since he was four and a half. I guess I’m not easily amazed anymore.”

Duran is now 70 and shoots his age. Four decades ago he was an assistant pro at Heartwell Golf Course, a collection of petite par 3s in Long Beach, Calif. One fateful day in 1980, Tida Woods showed up in the pro shop with a little Mozart in spikes. Tiger wanted lessons and was interested in joining Duran’s thriving junior golf program, in which more than 100 kids had unlimited access to the course free of charge. Duran had learned the game while in the Air Force, and in the late-’70s went broke trying to play professionally. On reflection, he realized what drove him off the mini-tours was an obsession with swing mechanics that crushed his love for playing the game. At Heartwell, Duran emphasized fun and inclusion, and he and Tiger became thick as thieves, the teacher and pupil having daily putting and chipping contests and playing countless rounds on the little course.

Twenty years ago, Duran gave me a tour of Heartwell, and every inch figured in the narrative of how Woods mastered the game. “You see the 3rd hole, over there, through the trees?” Duran said, pointing over yonder. “It’s less than 100 yards, but when Tiger started playing here, at four and a half, he couldn’t carry that front bunker, even with his driver. It was frustrating for him, but it was also a good learning experience. He was introduced to strategy on that hole: where was the best place to lay up, the best angle to attack the green.” 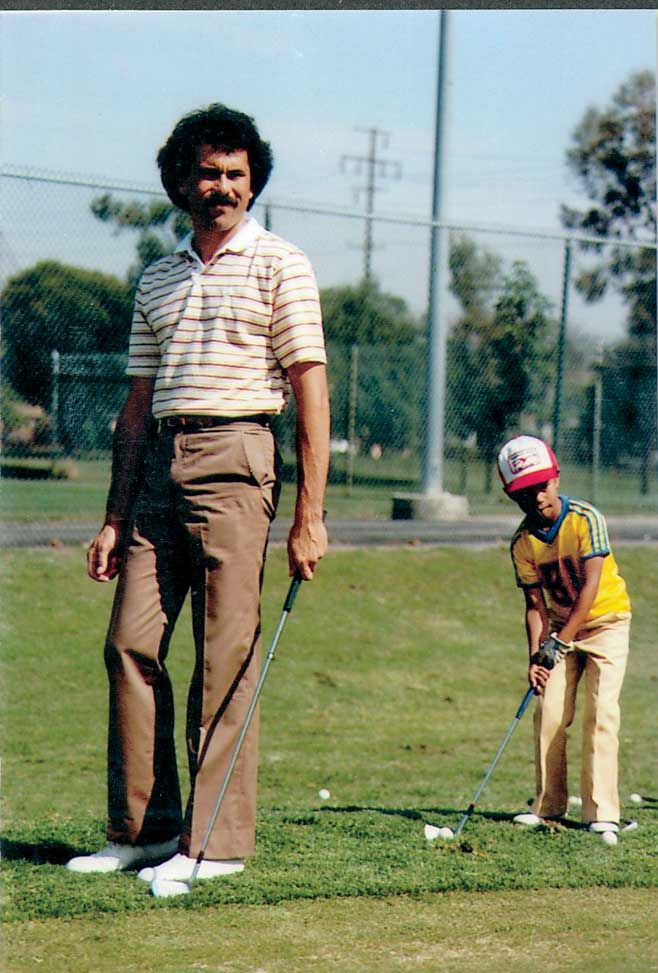 Duran was far ahead of his time, inventing his own club-fitting system for juniors, which is how the young Woods wound up with a new set of sticks, including a 1-iron. Duran also dreamed up a “Tiger par” at Heartwell, based on how far the kid hit it and how many shots it would take him to reach the greens on a 2,143-yard layout. The Tiger par began at 67, and when the eponymous genius was five years old he shot a 59.

“At the end of the day he was always under par,” Earl Woods once told me. “This is important: He never developed a complacency or a fear of going low.”

The teacher expanded Woods’ horizons in other ways. In 1985, when Tiger was eight, Duran teed it up in the Queen Mary Open, a mini-tour event in Long Beach, and Tiger served as his caddie, chugging along with a pull cart. A lifelong bachelor who in the old days drove a white Porsche, Duran took Tiger to his first pro tournament, the 1985 L.A. Open, and the wide-eyed pip-squeak soaked up the regal atmosphere at Riviera. (Seven years later he would make his PGA debut there while still in high school.)

In ’86, Duran took a job managing two courses in Paso Robles, Calif., 200 miles north of the Woods homestead in Cypress. Wanting an everyday presence, Earl and Tida called on swing coach John Anselmo to continue Tiger’s education, though Duran made regular visits so he could tee it up with his friend and protégé. Duran was never paid a dime, and never wanted one. In January 2000, Duran won the PGA Tour’s Card Walker Award for contributions to junior golf, and Tiger gave a moving introduction full of affection for the man who helped shape him.

In the years since, Duran has watched from afar Woods’ rise and falls and rising again. “He’s made some double bogeys in life,” he says with typical discretion, “but I’m very impressed with the way he’s dug in and kept going. He seems to have evolved in a pretty profound way.”

Duran still feels a deep connection to Tiger, even though it’s been years since they last crossed paths. He watched on television as Woods won in Japan in October on the strength of a molten putter, and Duran immediately flashed back to the day when Tiger was 12 and he made seven putts of 15 feet or longer on the front nine of the Navy course in Cypress.

“He’s a wizard at playing golf,” Duran says. “Always has been.”

Now, Woods has gone back to the future and will return to Augusta eventually as the defending champ. Duran never doubted we would see this day again. “His body seems healed, his swing looks great, he’s hitting it plenty far enough, he’s making putts, he has a clear mind — I don’t see why he can’t win another 10 or 12 majors,” he says. Sensing a little disbelief from an inquisitor, Duran doubles down: “When Tiger was a kid no one believed me when I told them how good he was.