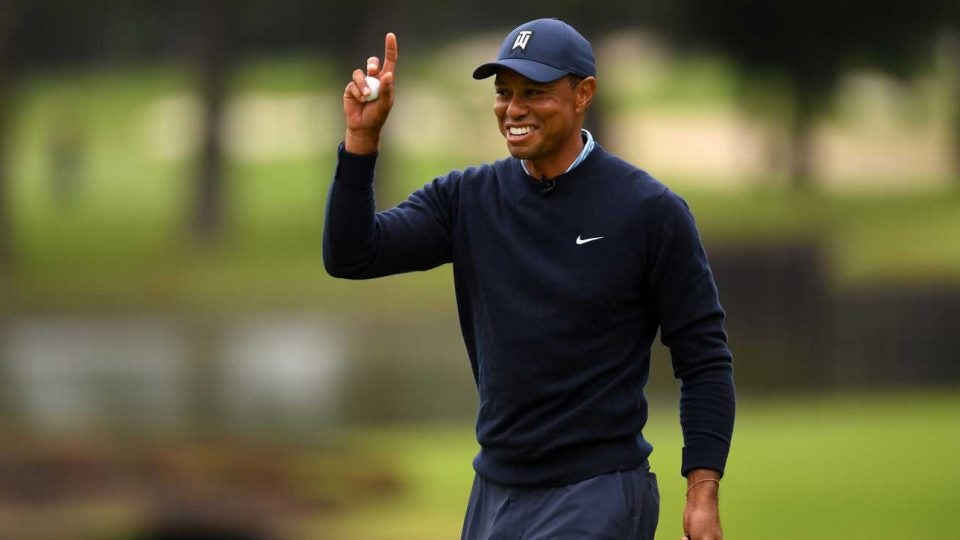 Tiger Woods joined Australian radio show “Triple M’s Hot Breakfast” on Tuesday, and the 82-time PGA Tour winner was feeling so loose, he quite uncharacteristically (at least in an interview setting) dropped an F-bomb.

Woods called into the show at the 50-minute mark and chatted with hosts Luke Darcy and Wil Anderson for just under 10 minutes on a range of topics, including Woods’ epic Masters win earlier this year, his captain’s picks for the upcoming Presidents Cup in Melbourne, Australia, Woods’ experience playing Australian sandbelt courses and dive trips he’s taken in the Great Barrier Reef.

Throughout the chat, Woods sounded like he was in quite an amiable mood, eliciting laughs from the hosts and giving lengthy, thoughtful answers to questions. Woods even offered some advice for recreational players when one of the hosts confessed to being embarrassed by his play during his most recent round of golf.

News
You can now play Tiger Woods’ first public-access course (well, some of it)

But it was when the hosts asked Woods about his retirement plans that the Big Cat really let loose.

“For me, it’ll be simple,” Woods said. “I love spearfishing. I love being in the water, I love hunting. I like going on hunting trips, fishing trips and diving trips so to me, just being out in nature is the f—— ultimate best.”

A video of the moment shows the hosts smiling wide with glee at Woods’ use of the expletive.

You can watch a video of the hosts’ reaction, as well as listen to Woods’ entire interview (which begins at the 50-minute mark) below.