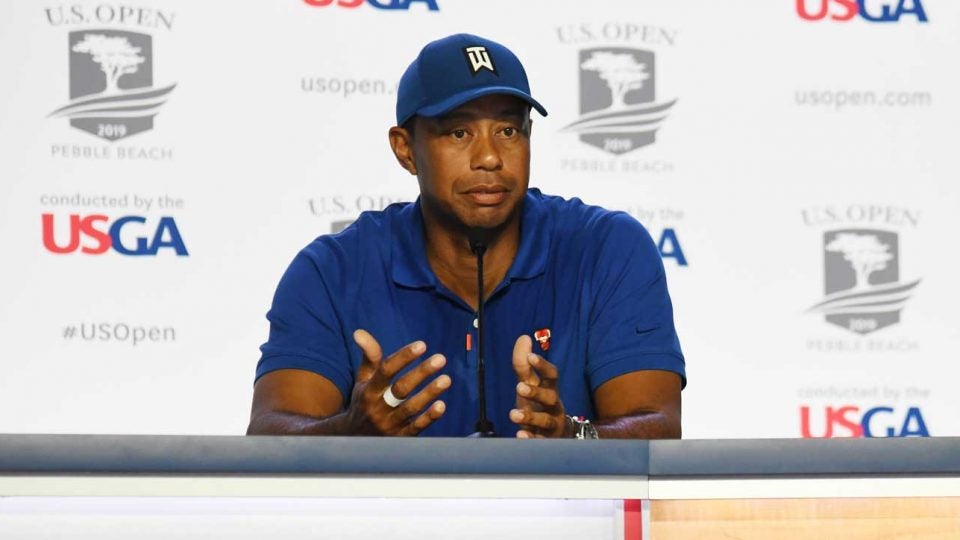 Tiger Woods speaks with the press during the U.S. Open at Pebble Beach.
Getty Images

Tiger Woods has been dismissed from the wrongful death lawsuit involving a former employee of The Woods Jupiter, Woods’ South Florida restaurant.

Woods was originally named in the lawsuit by the family of Nicholas Immesberger, who died in a single-car accident on Dec. 10, 2018. Immesberger, who was 24, had a blood alcohol content level (.256) more than three times the legal limit in Florida. Also name in the suit were Erica Herman, Woods’ girlfriend, who manages at the restaurant, and The Woods Jupiter itself.

On Friday, June 21, the Immesberger family filed an amended complaint in which Woods’ name was dismissed. Herman and the restaurant, which Woods owns, are the two defendants listed in the amended complaint. Woods’ attorneys issued a press release Monday that read:

“The decision was clearly appropriate and reflected the fact that Mr. Woods should not have been included in the lawsuit in the first place because he had nothing to do with Mr. Immesberger’s death. While the situation was tragic, the facts will ultimately show that the cause of Mr. Immesberger’s car accident were the many decisions made by Mr. Immesberger on the night of his passing.”

The amended complaint re-alleges that Herman and workers at the restaurant would have known of Immesberger’s struggle with alcoholism, and that Immesberger was over-served at the bar on the night of the accident. The lawsuit remains ongoing, and the Immesberger family is seeking damages in excess of $15,000.

Woods was asked about the lawsuit during the PGA Championship in May, saying, “It was a terrible night, a terrible ending. We feel bad for him and his entire family. It’s very sad.”

Weeks later, Woods’ attorneys called for their client’s name to be dismissed from the case.