It’s BMW Championship week, and Tiger Woods is somewhere northwest of Chicago, plotting out his golf week. Last week, he was somewhere south and west of New York doing the same, but he’s hoping this week goes better. Last week, he only played seven holes in his pro-am round before calling it quits. This week, he got nine holes in before switching to short game only. That’s progress, of a sort.

Just how much more progress will we see at Medinah? That’s baked into these nine burning questions we have for Woods this week on the eve of what could well be his 2018-19 season finale. 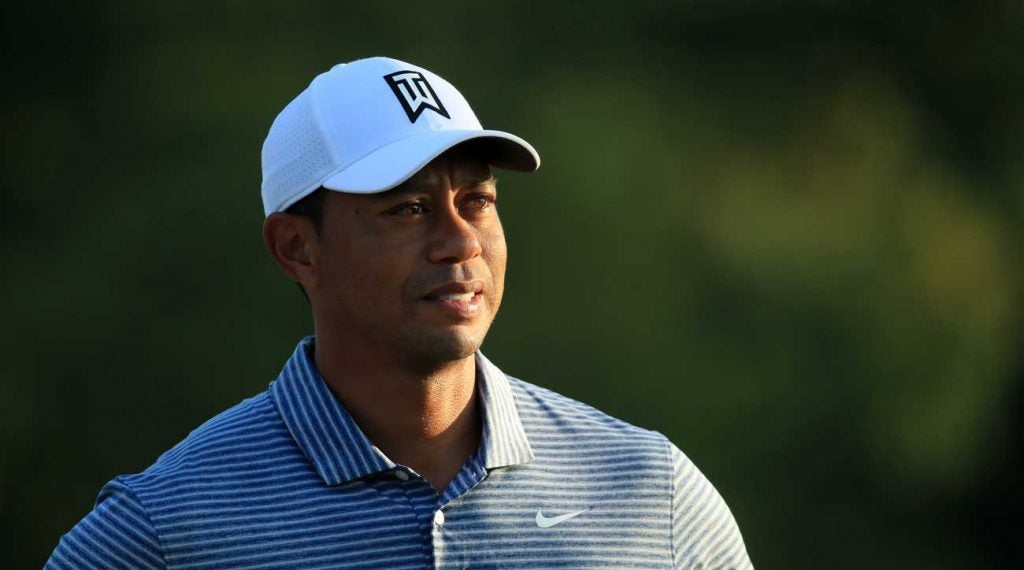 Tiger Woods has some questions to answer this week at Medinah.
Getty Images

1. Hey Tiger, how you feeling?

Woods acknowledged last Wednesday that he felt pretty far from peak performance. This week, he painted a rosier picture. Given someone basically did ask this question, we’ll let Tiger take the answer from here:

“Oh, way better, yeah. It was nice to take those days off, and I had to just let it calm down and get a bunch of treatment on it, and it feels so much better.”

2. Hey Tiger, what was up with that oblique?

According to Woods, the forces involved in his swing “have to go somewhere.” We’ll call this the Whac-a-Mole theory; he deals with one injury and unwittingly causes another in the process. “I tried to make tweaks all year, trying to ease the stress off my back while I was still playing. Unfortunately I haven’t really done a very good job of that,” Woods said. “And when I have, I’ve hit the ball quite well.” So yeah — no clear answer on the oblique thing. Depends how optimistic you’re feeling.

3. Hey Tiger, are you suddenly a bargain in Vegas this week?

Much of the year, Woods has been listed among the tournament favorites. If you think this week will be like last week, it’s obviously ridiculous to invest your hard-earned cash in a gimpy 43-year-old to take on the world’s best. If, however, you see the world through Sunday Red-tinted, swoosh-shaped glasses, you’ve been handed free money: Woods at 40/1 to win the BMW Championship. Then there’s that next-level optimism: Woods is 250/1 to win the FedEx Cup. Even we at the GOLF.com Tiger Bureau can’t recommend that one — but we thought you should know.

4. Hey Tiger, have you checked the Presidents Cup standings?

Not all that closely, apparently. Woods said in his Wednesday presser that he was hoping to play his way from 12th into the top eight. “I obviously have some work to do,” he said. As American skipper, Woods may want to dial in a little closer. He’s actually 13th in the Presidents Cup standings (Patrick Reed jumped him with last week’s win), and it’s mathematically impossible for Woods to play his way into that top eight. Whoops! Hopefully somebody tells him before the week’s out.

5. Hey Tiger, have you checked the FedEx Cup standings?

There’s plenty of evaluation going on this week, and what Woods actually can mathematically do is play his way into the FedEx Cup finale to defend his title at the Tour Championship at East Lake. He’ll need an estimated T-11 finish to do so. One good omen: In Woods’s last Chicago-area start, he finished T11 at the 2013 BMW Championship at Conway Farms. 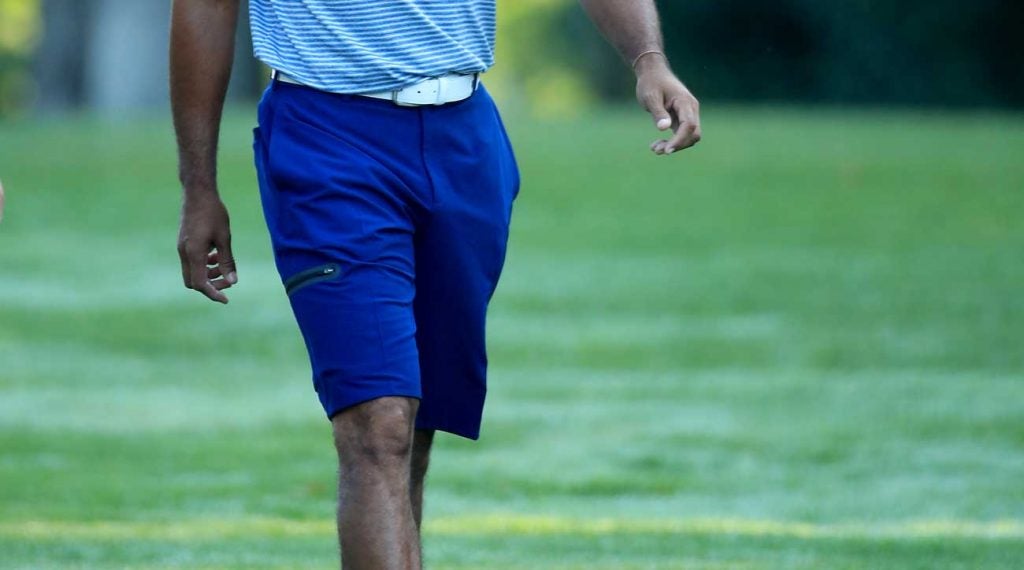 A discrepancy remains between Woods’s tournament outfits (consistently very cool) and his non-tournament outfits (not always as cool). Which brings us back to Tuesday, when Woods walked in from the Medinah parking lot looking stiff, sporting a white Nike shirt and some Tarheel blue shorts. Like most PGA Tour members, Woods has yet to master the longer sartorial leash he’s been given (put another way: everyone’s shorts are too long and too baggy!) but something else stands out: that extra pocket on Woods’s right side.

Tiger has arrived at Medinah. pic.twitter.com/qoD6BEbjoa

What does he put in there? Golf balls? Peanut-butter sandwiches? Those Milwaukee sharpies we’ve been hearing about? We can thank Woods here for starting an important question: How many extra pockets does a pair of shorts require before they become cargo shorts? Hopefully someone can sneak this into Tiger’s next presser.

7. Hey Tiger, what’s up with your pro-am partner?

On Wednesday at the BMW Pro-Am, word broke that Woods’ playing partner Aaron Busse was putting with a wedge. Several years ago, intentionally blading wedges on purpose for 18 holes alongside Woods would have felt like some high-level trolling. In this case, it sounds like this guy does it for real — all the time. Will Gray reported that this was a case of getting carried away with a putting drill. Check it out:

So this is a new one. Aaron Busse playing with Tiger today in BMW pro-am and putting with a wedge. Says he’s been doing it for 8 years. Started as a swing drill to avoid swiping across it and he’s been bellying the 60-degree ever since. pic.twitter.com/cMMURqAQaW

When you're walking them in, why not? pic.twitter.com/6bp3qgToNh

8. Hey Tiger, are you Team Brooks or Team Bryson?

When it comes to slow play Tour infighting, things are cooling down somewhat. Brooks Koepka and Bryson DeChambeau, the poster boys for the fast and slow sides of the the debate, made peace on PGA Tour Radio. But months of passive-aggressive sniping doesn’t go away that quickly. Woods seems like a lock for Team Bryson — DeChambeau is certainly his most common practice round playing partner.

But last week, Woods teed it up alongside Koepka on Tuesday afternoon. Plus, Woods has stated his desire for faster rounds and Koepka is undeniably on higher moral ground here. One thing’s for sure: it’s unlikely he’ll go the Phil Mickelson route and start sniping at former world No. 1s on Twitter.

Joe LaCava is being inducted into the Caddie Hall of Fame Wednesday night. That’s pretty cool — and particularly on-brand for the reserved LaCava that he was reluctant to accept. “It’s a wonderful honor,” LaCava told Golf Channel’s Will Gray. “I was hesitant about doing it, but [longtime Mickelson caddie] Bones [Mackay] said, ‘You’ve got to do it.’ And I respect Bones obviously, so once he said you should do it, I was all in.”

A legendary looper. Joe LaCava will be inducted into the caddie Hall of Fame tonight.

It calls to mind a LaCava quote about sticking with his boss from the sidelines during tough times — which he was determined to do. See below.

Ending today thinking about this Joe LaCava quote from last year about sticking with Tiger during his injury years. There’s loyalty, and then there’s this—but man, what a payoff. pic.twitter.com/xRgUuABO9k

That’s it for questions — for now at least. Thursday will bring some answers. It will bring more questions, too. We’ll see which ones Woods will have us asking after another week on Tour. 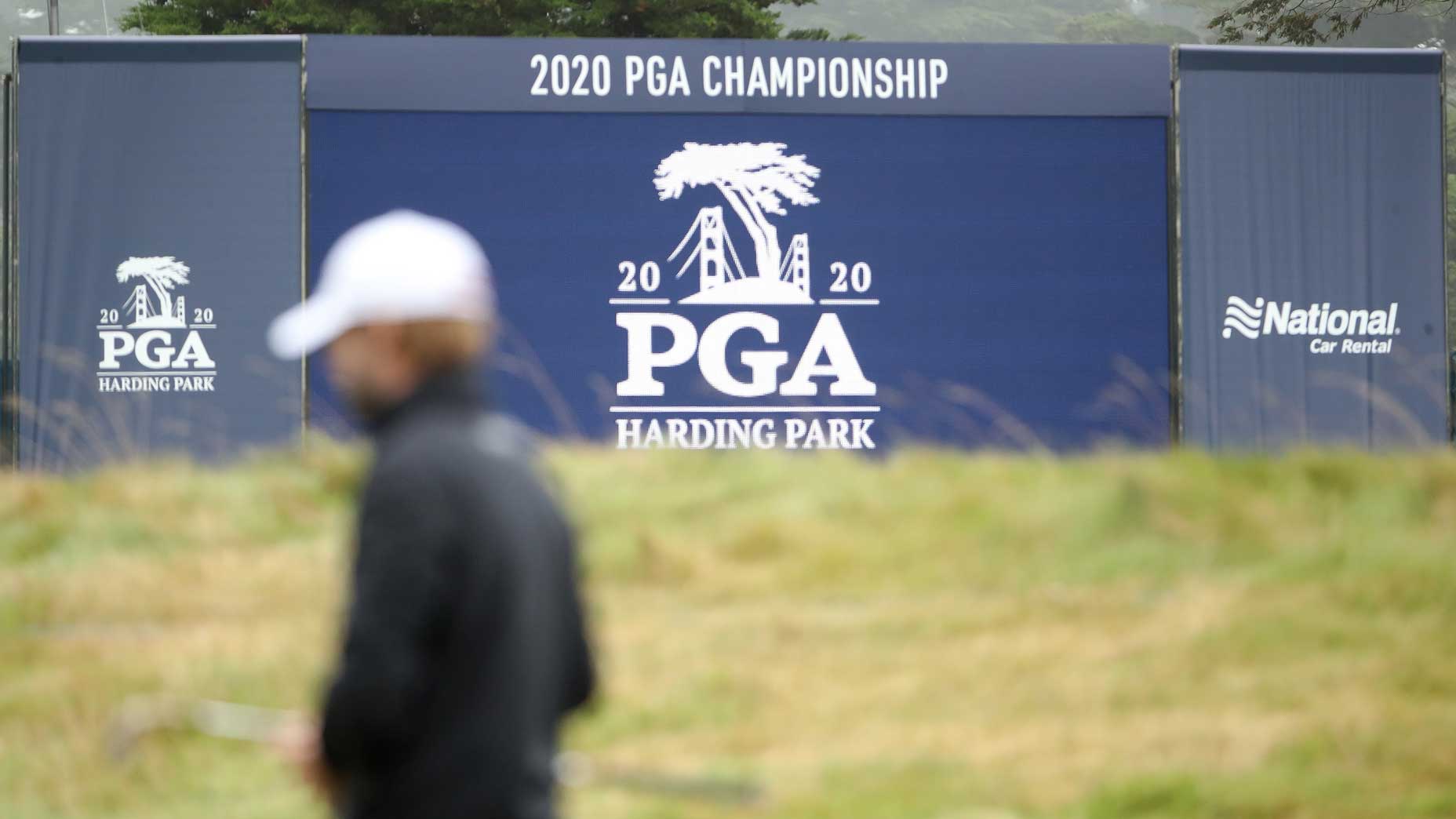