Tiger Woods arrives at Tour Championship, makes statement before he even hits a shot 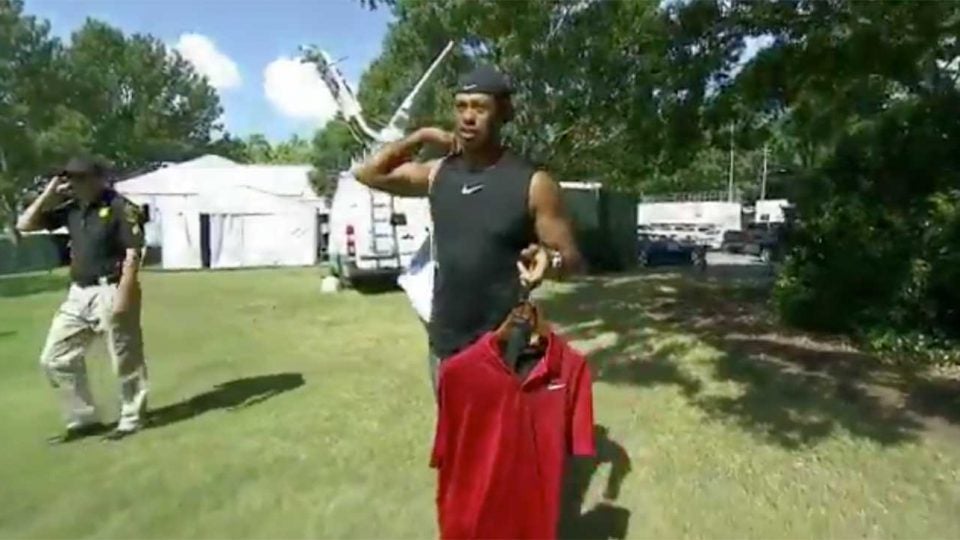 Tiger Woods, ever the intimidator, set social media ablaze when he arrived for the final round of the PGA Championship at Bellerive wearing a backwards hat and shades.

He’s up to his old tricks again.

Woods showed up for the final round of the Tour Championship at East Lake in Atlanta on Sunday wearing a sleeveless shirt, backwards cap and his trademark red shirt in tow. He begins the final event of the season with a three-shot lead over Rory McIlroy as he eyes his 80th career PGA Tour victory. Woods’s last win was at the WGC-Bridgestone Invitational on Aug. 4, 2013.

Oh. My. Lord. IT'S OVER!!! pic.twitter.com/zkWVXgVXEm