3 things to know about Tiburón Golf Club, the home of the QBE Shootout 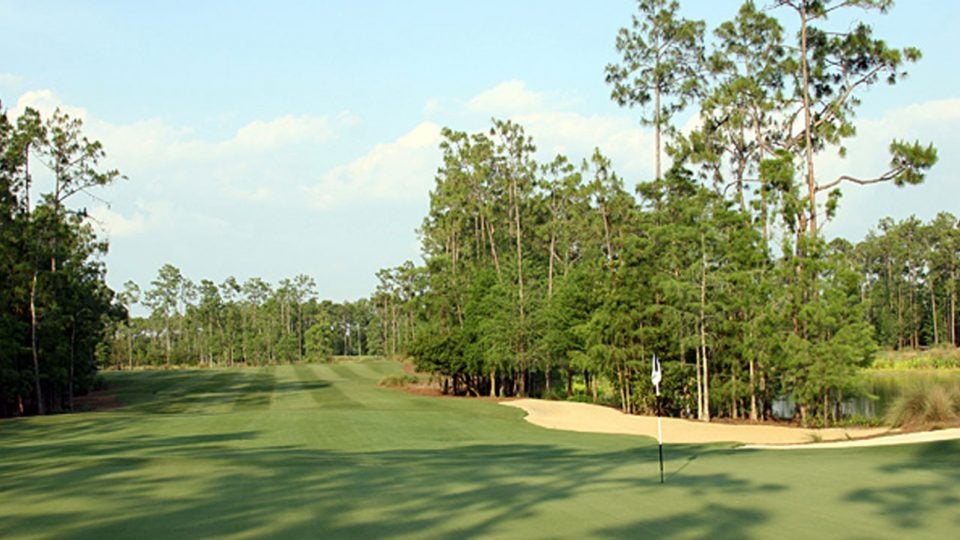 The PGA Tour returns to the U.S. this weekend for the last event of the calendar year, as the QBE Shootout will take place in Naples, Florida. The three-day, 54-hole team-format event will be played at Tiburón Golf Club for the 18th straight year. Here’s three things that you need to know about Tiburón Golf Club ahead of this weekend’s event.

1. The origins of the course: Tiburón features two 18-hole championship courses designed by none other than Greg Norman, who plays host to the QBE Shootout. The two courses are titled The Gold and Black courses. The Gold Course opened in 1998 and is totaled at 7,382 yards. Meanwhile, The Black Course opened three years later in 2001 and adds up to 6,949 total yards. Furthermore, each hole has six sets of tees for golfers to choose from.

2. What the course has to offer outside of golf: Visitors to Tiburón will not be disappointed with the amenities offered at or nearby the course. First, there are two Ritz-Carlton resort hotels at or nearby the course for golfers to stay at. Additionally, the course offers a 27,000-square foot Mediterranean-style clubhouse with three dining rooms, a pro shop, and locker rooms strictly for private members.

3. Where the name “Tiburón” comes from: For those Spanish-speaking readers out there, you’ll know exactly what Tiburón is. The word means “shark” in Spanish. So is it really that surprising to see when you realize that the course was designed by Greg Norman? Not at all. Norman, who won a pair of Open Championships in 1986 and 1993, is more commonly referred to as “The Great White Shark” in the golf world. So, in a way, Norman just slapped his own alias on the name of the course.