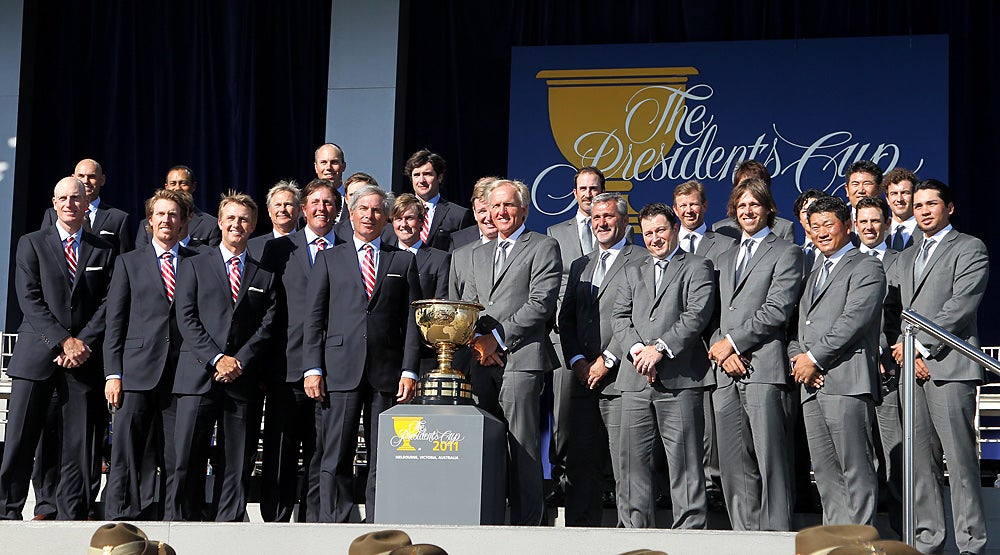 The teams began play on Thursday in Melbourne.
Brendon Malone/Reuters

In the last few weeks, the golf world has been buzzing about the Zurich Classic. It’s safe to say that those words have never been typed before. Why is an once-prestigious PGA Tour stop at a forgettable course in a bad spot on the schedule getting so much hype five months before the first tee shot of the 2017 event has been struck? A simple tweak in format. Instead of a 72-hole stroke-play event, the Zurich will feature 80 two-man teams playing best-ball and alternate shot. It’s a change that seems innocuous, but could—and should—spark a ripple effect across the Tour.

The Zurich will play host to the first official team event on the Tour calendar since the 1981 Walt Disney World Team Championship. It’s long overdue. And players seem to be excited about it. Justin Rose and Rickie Fowler, who both sport the Zurich logo, added to the hype by revealing their partners on the day the tournament was announced. Rose will tee it up with Ryder Cup teammate Henrik Stenson, and Fowler will play alongside World No. 1 Jason Day.

“The addition of a team format adds a new, incredibly exciting element to the event,” Rose said in a release. “Henrik and I are very excited to tee it up together in April, and hopefully we can continue our longstanding chemistry and success in team formats.”

Added Fowler, “I’ve loved being a part of team events throughout my amateur, collegiate and now professional career. I’m so excited that the Tour and Zurich are making this part of our schedule.” The nuts and bolts: The format for Thursday and Saturday will be foursomes, and Friday and Sunday will have alternate shot. Both members of the winning team will get a spot in the PGA Championship and the Tournament of Champions, just like a typical Tour event, but they will not receive a Masters invitation. Each will get 400 FedEx Cup points instead of the traditional 500, and each will collect $1.008 million.

The atmosphere in New Orleans won’t match the rabid energy of the Ryder Cup, but there’s little doubt that the team event adds spice to a tournament that has been lacking it. Those moments we get to watch players outside their usual environment makes for entertaining television, something that is lacking on Tour outside of the top-tier events. Other than the Ryder Cup and the Presidents Cup, the only official non-individual stroke play events on the schedule are the WGC-Dell Match Play, a bracket-style competition between the top 64 ranked players, and the Barracuda Championship, an event opposite the WGC-Bridgestone that uses stableford scoring. (This week’s World Cup of Golf isn’t an official event, even though it features 28 two-man teams from countries around the world. It’s a glimpse of what the Olympics could be.)

What can other events do to attract similar buzz? The obvious answer is a mixed-team tournament matching players from the PGA and LPGA tours. It would be a marketing boon for the ladies, and the men could learn how to hit a few more fairways. However, it’s tough to think too far outside of the Ponte Vedra box because events can’t stray too far into the quirky and still maintain credibility. The tournaments still pay out millions of dollars and provides valuable exemptions. So scrap the idea of having players and caddies swap positions for the week. Imagine Bubba Watson having to carry Ted Scott’s bag. Or Jim (Bones) Mackay asking Phil Mickelson to tend the flag on every par-3. Players competing in a three-club challenge, similar to what your course might host, would make for must-watch televsion. These players are artists, and having them hit flop shots with an eight-iron or punch a five-iron would showcase their creativity.

Can you name who won the 2016 Zurich Classic? (Apologies to Brian Stuard.) More has been written about the Zurich in recent weeks than there was during the event in May. Doesn’t every tournament deserve that kind of buzz?