The PGA Tour will look different when it returns, but the players can and will adapt 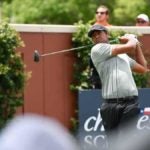 In mid-June, the PGA Tour plans to resume play, in Fort Worth, for the Charles Schwab Challenge. There won’t be fans. The flagstick will stay in. The caddies won’t touch a rake. You’ll have your temperature taken before you enter the Colonial Country Club grounds, no matter who you are, or something along those lines. It will be different.

But there will be a 72-hole tournament and a TV show and a first-place check for $1.3 million. It will be way better than nothing. Scott Stallings need not worry.

I know one significant thing about Stallings, and it’s admirable. Five years ago, he admitted to PGA Tour officials that he had accidently used a banned performance-enhancing drug and that admission got him a 90-day suspension. And his admission came after he had passed a drug test. Another example of PGA Tour players policing themselves.

But what Stallings said the other day to my colleague, James Colgan, makes no sense. Stallings, a three-time Tour winner, said, “Guys are not going to play for their livelihood with no rakes in the bunker and no caddies.” Not to hang on his every word here in a fluid situation — there likely will be caddies, and bunkers can be raked by designated volunteers — but let’s look more broadly at it:

The human race is adaptable. We the people, for whom the Constitution was written, are adaptable. PGA Tour players are adaptable. The Tour will put in place sensible procedures to ensure safe tournaments, but the show will go on.

Your heart goes out to those who are ill, and it aches for all the death and sadness this pandemic has left in its wake.

But every day of our lives we calculate and allow for risk. I have confidence that the PGA Tour officials are doing just that as they plan responsibly for four tournaments in four weeks — Fort Worth, Hilton Head, Hartford and Detroit — played at 72 holes with full fields and without fans, starting on June 11.

Yes, the decision to play carries risk. But Keep Calm and Carry On is as meaningful now as it was in Great Britain during World War II. The first part requires you to be smart, careful, aware, but also sane. The second part means life continues. You make the necessary adjustments, but life does continue.

We are not in lockdown, here in the United States. Yes, there has been a myriad of governmental orders for businesses, including golf courses, to shut down as this virus sweeps across the country and the world. We’re being told to stay at home. But lockdown is a term of prison, and it’s been the wrong word here. What the overwhelming majority of us are doing — in golf and way beyond golf — is choosing to make smart decisions because we are responsible people, looking out for ourselves and each other. This is a cooperative movement.

Golf is part of the movement. When the Tour resumes play at the Colonial Country Club in June in steamy Fort Worth, it won’t be business as usual. It will be weird. There will be adaptations, and we will all adapt. Golfers, broadly speaking, lean way in the direction of responsible. Not just Tour players, all golfers. That’s always been the case for hundreds of years. Nothing’s changing now.

Michael Bamberger welcomes your comments or suggestions at Michael_Bamberger@golf.com.