The Open 2019: The most difficult spot at Royal Portrush just claimed another victim

PORTRUSH, Northern Ireland — Royal Portrush is truly phenomenal, in every sense of the word. A classic links course, and target golf at its finest. Players need creativity, imagination, and top-level execution. It doesn’t matter what kind of player you are; it’s about hitting your spots.

If you do that, you’ll thrive.

Miss your spots, and you’ll be in serious trouble.

Forget bogeys. Doubles, triples and worse quietly lurk in the background. There’s been a lot of chatter about the in-play out of bounds flanking the left side of the 18th hole, but that hazard overshadows what is actually the toughest spot not just on the hole, but on the entire golf course.

The 18th hole at Royal Portrush is a 474-yard dogleg right par-4. The fairway pinches at about 278 yards with a set of fairway bunkers. The play, at least according to Justin Rose, is to lay back into the fat part of the fairway with a shorter club to take the out of bounds long out of play.

But leak your ball slightly too far right, and you’ll be in the heaviest patch of rough on the golf course. 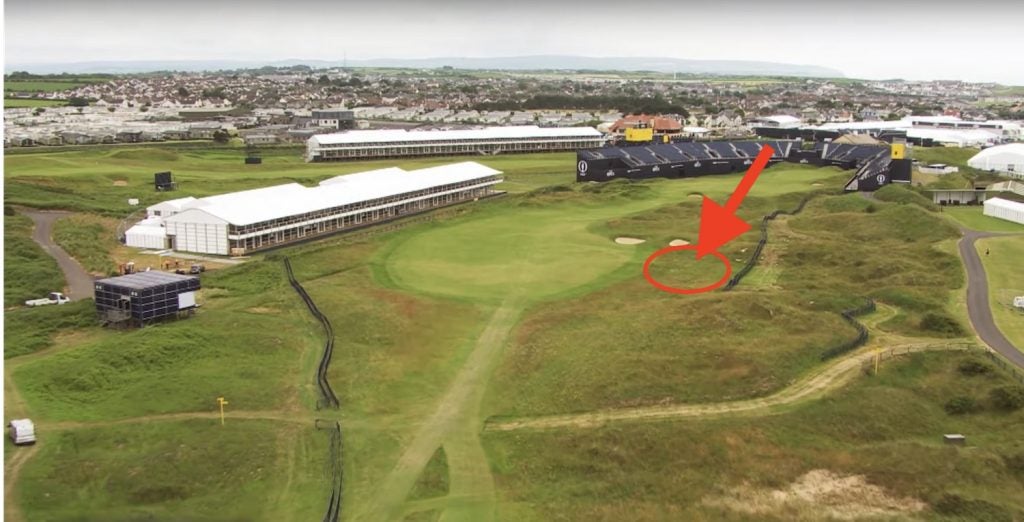 “There’s not a blade of rough on the golf course that looks like the stuff down the right of 18,” Graeme McDowell said after his first round. The hometown favorite lost his ball in that rough en-route to a triple bogey 7 on Thursday. “It’s potentially a little artificially done.”

Tony Finau was another victim of what is fast becoming the graveyard for good rounds at Royal Portrush.

“I was lucky to find my ball. It’s really thick,” Finau said. “I’d say seven or eight times out of 10, you’re not finding your ball.”

Finau, just a few yards off the right side of the fairway, had to wedge back into the fairway and eventually made a bogey 5.

Why is that small portion of rough so difficult? Put simply, because it used to be fairway.

The R&A spent the lead up to the 2019 Open narrowing that part of the fairway, which, of course, means growing out that grass so it resembles fescue.

But the problem is, it isn’t actually fescue.

The longer grass elsewhere on the course is patchy. Thick intermitted with thin, with some sandy areas thrown in between. You’re not necessarily dead if you hit your ball in there, but as my colleague Dylan Dethier writes, the challenge is the unpredictability.

The rough on the right side of the 18th fairway isn’t like that. It’s overgrown fairway grass, so it’s thick.

So thick that when you’re standing in it and looking down, you can’t see your feet. 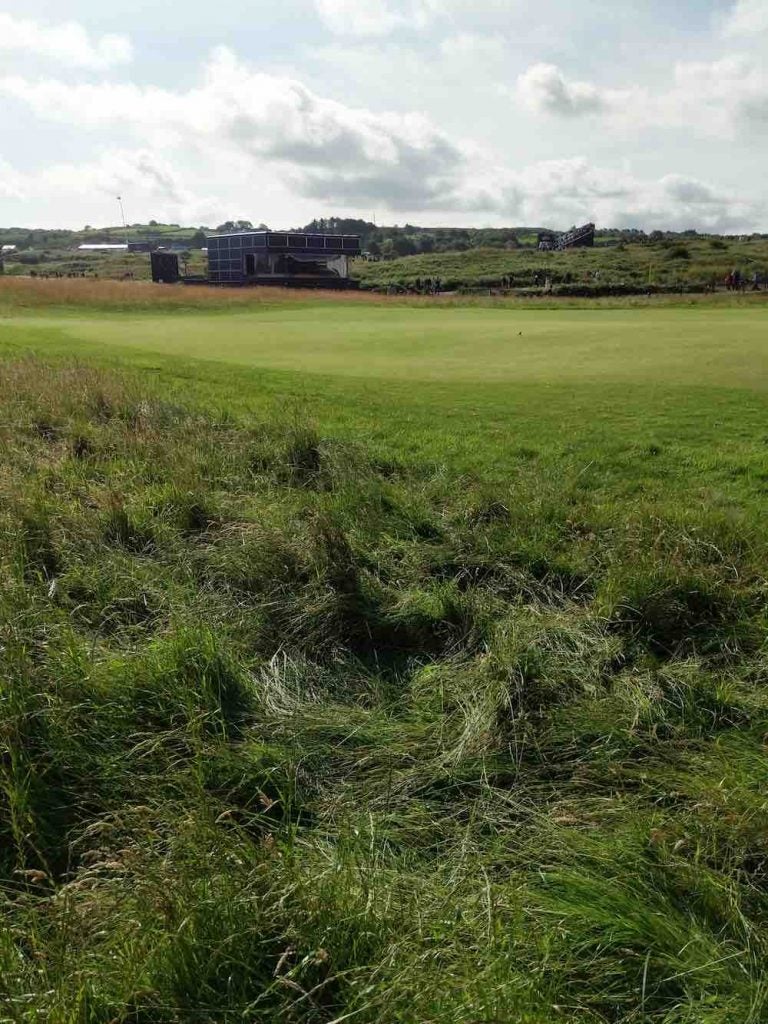 There’s no element of variability or potential for recovery. If you hit your ball in there, you’ll probably lose it. If you do happen to find it, you’re breaking your wrist just to get it back in play.

It’s so difficult that the fairness of it comes into play. It will continue to claim victims throughout the week, and with such a pivotal hole holding such potential for disaster, it may well play a defining role in the tournament.