The Open 2019: Best ‘driving range’ ever? Portrush’s offering ranks right up there

Portrush—OMG! What have I been doing with my life? I’m well-traveled in Scotland, semi-versed in England and (though less so) Wales and have been to Belfast and done the Rory tour and that whole thing. But until Tuesday I had never been to Royal Portrush. I must now ask myself what Lady Bamberger asks me now and again: What is wrong with you? For sheer beauty, you’d have to put Portrush right alongside Turnberry. As for the shape of its holes and the way they move, I stand in awe. The land heaves; the sea is omnipresent. There are all these quirky run-offs that bring to mind Pinehurst No. 2, except here there is enough grass to pitch, chip or putt any shot. Optionality! If you got out some lawnmowers or set loose some sheep, it would be playable for anyone. The high priests will be hitting plenty of drivers, which is not often the case in an Open. Talk about getting tested through the bag. Excuse me while I attempt to collect myself. Pray for weather—a little bit of everything, ideally.

Saw this interesting bit of graffito on a walk alongside the Portrush harbor Tuesday night. It’s Roryboy, 20 or so years ago, as every schoolchild here knows. 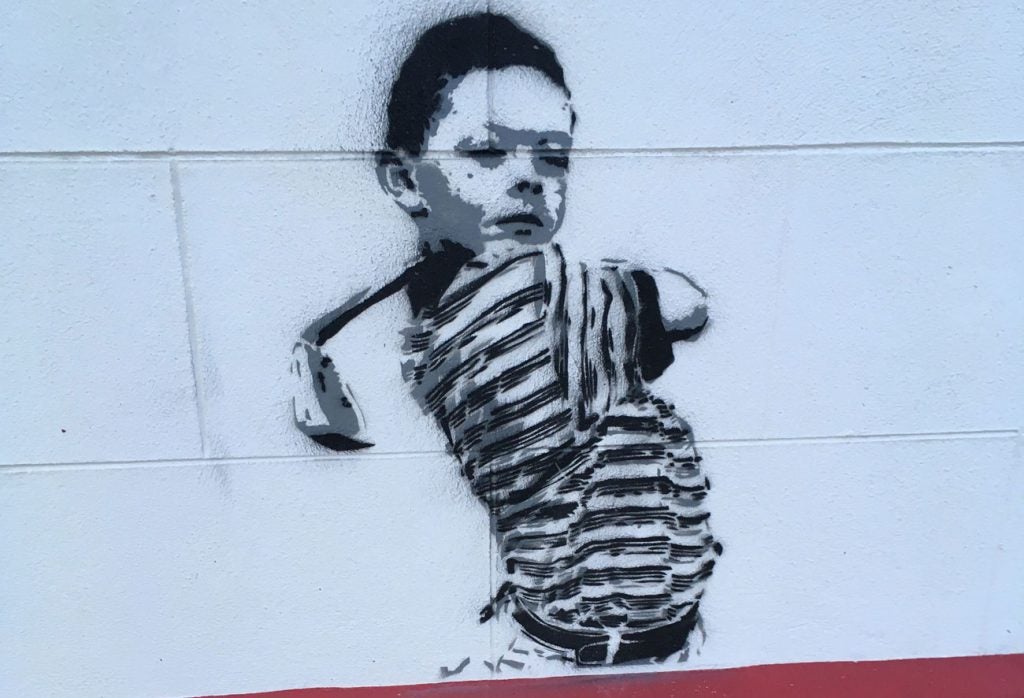 My colleague Dylan Dethier and I did a course-walk Tuesday night and had some interesting exchanges with four Open winners. Here’s Nick Faldo, winner of the ’87, ’90 and ’92 Opens, talking about how a key to Portrush will be hitting counterintuitive chips and pitches away from the holes, because leaving yourself a makeable 20-footer is as good as it gets. There’s David Duval, winner of the 2001 Open, talking about how hard closing holes—17th and 18th holes—are in Opens, often simply because you’re wind-whipped and mentally drained. There was Jim “Bones” Mackay, winner of the ’13 Open (Phil beside him!), demonstrating the folly of hitting it too far off 17 tee, using a soccer ball. And then there was Matt Kuchar, your 2019 winner, getting his reps in. He’s been close. He’s playing well. He’s out of the Bill Rogers-Justin Leonard-Tom Lehman-Ben Curtis-Todd Hamilton mold of American winners of golf’s oldest championship.

In 1960, ’61 and ’62, Arnold Palmer played in his first three Opens, and finished second, first and first. Those finishes raised the event’s profile immeasurably among American golfers. Over the past half-decade or so, after NBC lost its deal with the USGA, the network has expanded its coverage, and the depth of its coverage, of the Open Championship immeasurably. Well, maybe you can measure it, but here’s all you really need to know: Tuesday night, at the best bar-and-restaurant in town, there was Rog, making the scene, as only he can. If you’re in the vicinity of Roger Maltbie, the NBC course whisperer, at any golf tournament, you’re doing something right.

William Hill, your neighborhood betting shop in Portrush and throughout the Kingdom, is offering Mr. Gary Woodland, winner of last month’s U.S. Open, at 55 to 1. Can you really imagine Woodland pulling a Tiger here, winning consecutive majors, and finishing ahead of Matt Kuchar? Probably not. But 55 to 1 is kind of weird.

Augusta National has an impressive tournament driving range but it’s so large it lacks charm and there’s nothing really creative about it. It’s a recovering parking lot. Until this week, the best driving range at a major this reporter had ever seen was the one at Erin Hills. There are greens scattered all over it and you could just imagine going out there at night and inventing holes to your heart’s content. But the Portrush driving range at Portrush—its practice grounds—is better, and more inviting, yet. Come to find out, it is a golf course, the second course at Portrush, called the Valley Links, a Harry Colt design, just like its more-famous neighbor. Same swatch of linksland, though. 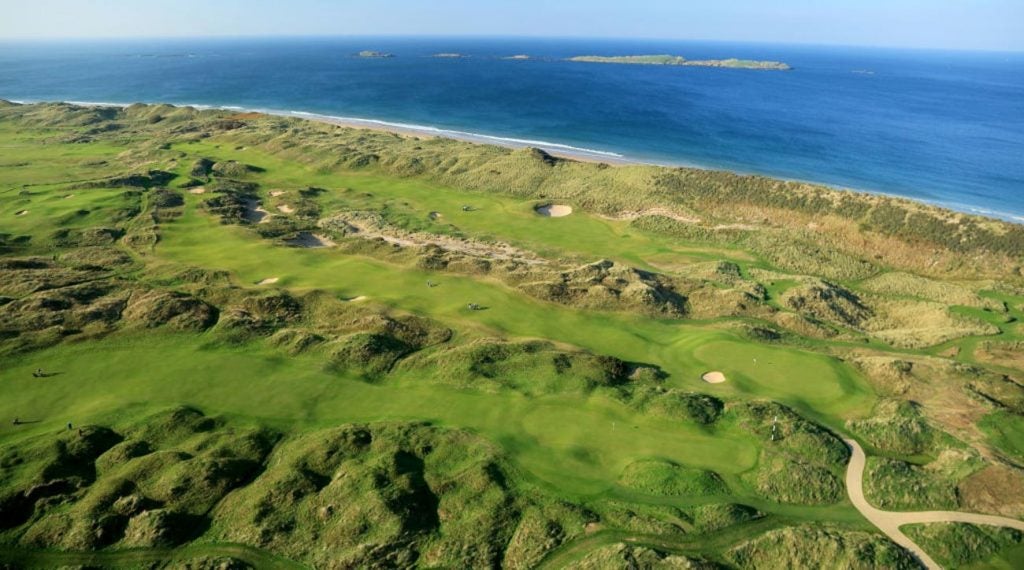 Somewhere at Portrush you may come across a humorous collection called Letters to the Secretary of a Golf Club, by George C. Nash, longtime secretary atRoyal Portrush, in the years between the wars. For those who may not know, the club secretary at a British Isles golf club has no American equivalent. She, or more commonly he, organizes the tee sheet and club competitions, manages outside play, is the pace-of-play overlord and can adjust a member’s handicap as she or he deems necessary. A golf club with an authority figure—what an outstanding idea.