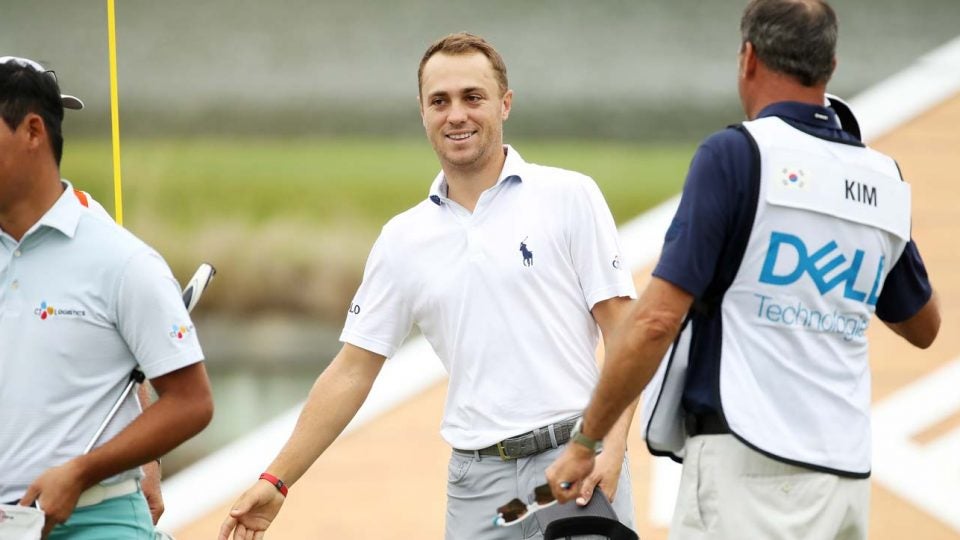 Justin Thomas during the fourth round of the WGC-Dell Match Play.

After four rounds of play at the WGC-Dell Technologies Match Play, the original field of 64 has been whittled down to just eight surviving players.

Bubba Watson defeated Brian Harman Saturday morning and advanced to face Kiradech Aphibarnrat in the afternoon for a chance to make it to the final four on Sunday. Justin Thomas pummeled Si Woo Kim 6 & 5 in the round of 16 to set up a match with Kyle Stanley. Stanley defeated 2017 Masters champion Sergio Garcia in the morning matches.

Ian Poulter, who is known for his stellar performances in the match play format, plays Kevin Kisner Saturday afternoon at Austin Country Club after defeating Louis Oosthuizen in round 4. The final match of the round of eight features Alex Noren and No 46-seeded Cameron Smith.

Like the round of 16, the fifth round is single-elimination, and each winner will advance to the final four of the Match Play on Sunday. The event concludes with the championship and consolation matches Sunday afternoon.