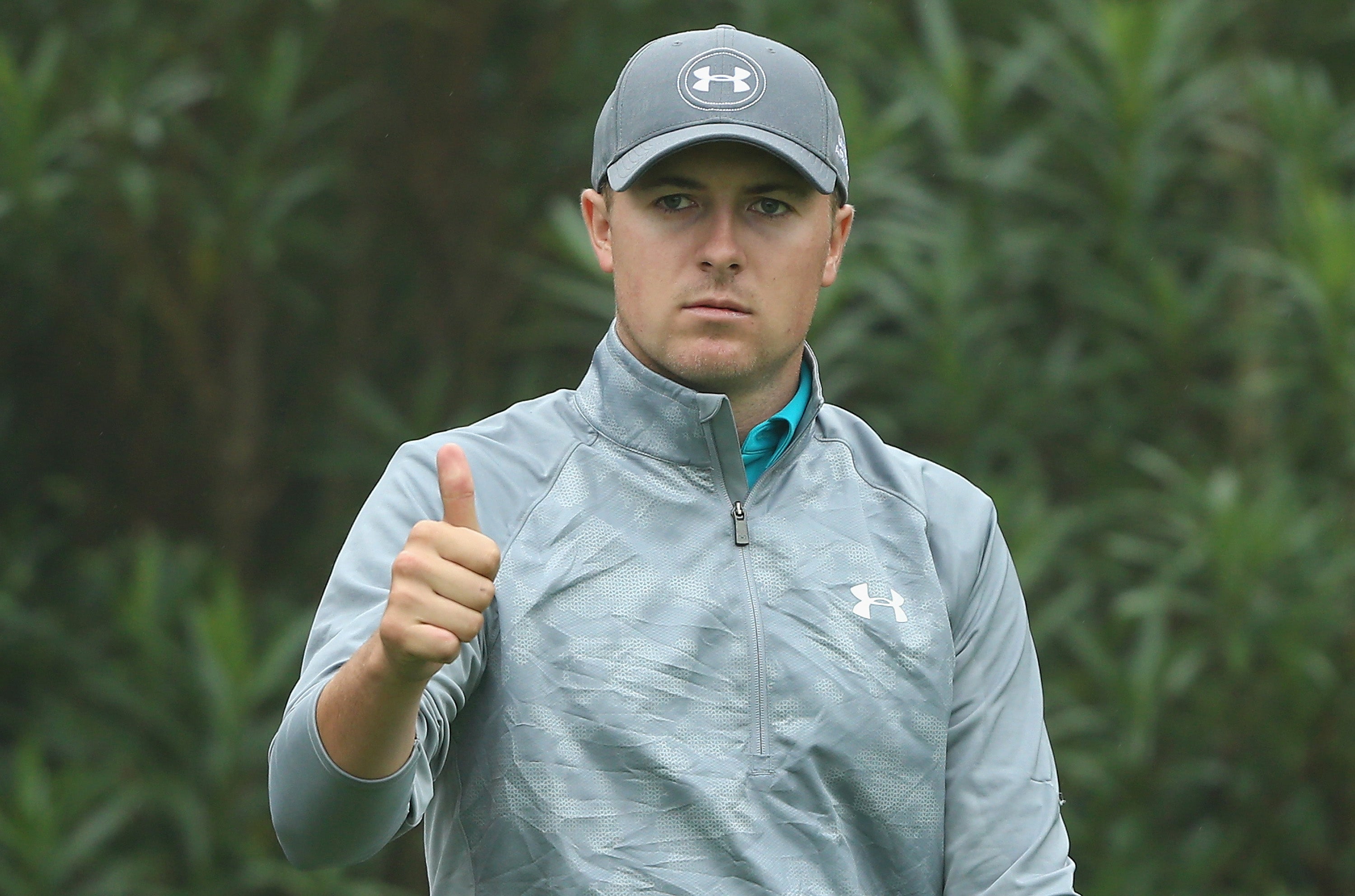 Jordan Spieth flashes a thumbs-up during the pro-am prior to the WGC-HSBC Champions.
Andrew Redington / Getty Images

Welcome, everyone, to the Class of 2011 Five-Year Reunion Party!

We’re back in our old gym, where we wore white T-shirts and navy blue gym shorts and did jumping jacks and sit–ups and played dodgeball like a vengeful posse.

It’s been five years since we graduated from good old FGHS — Fairways ’n’ Greens High School. I’m your class president and tonight’s emcee, and I can’t believe how quickly the years have passed. Time flies when you’re racking up millions of dollars playing golf!

Technically, we jumped the gun. It hasn’t been a full five years yet, but we wanted to reserve the gym before the basketball team hogged it through winter. Plus, this was the only available date we could book our musical entertainment, old-school rockers Gerry and the Pacemakers. They’re going to perform on stage here a little later, and I Like It! That was one of their hit songs, remember? It’s funny, by the way, because each guy in the group actually wears a pacemaker, including Gerry. Try that, Herman’s Hermits!

Before the music starts, though, I want to recognize some of the Class of ’11 members who have really distinguished themselves.

Let’s start with the Warren Buffett of our graduating class. Anyone out there need a loan? See Jordan Spieth. C’mon up here, Jordan. All Jordan did was prove that a college degree is for suckers. He left the University of Texas after one year, played his way onto the PGA Tour and turned into the second coming of Tiger Nicklaushogan. Jordy won the Masters, the U.S. Open, the Tour Championship, the FedEx Cup and, I think, all 47 tournaments on the PGA Tour last season. Well, Jordan’s golf was just remarkable, that’s how it felt.

Jordan won a record $22 million, and he’s killing it on the endorsement side. Turn around, Jordan, let them see your wardrobe! Pretty sweet, eh? I didn’t know Under Armour made tuxedos. Let’s have a big hand for Jordan, who’s going to be the first 2011 classmate to reach $100 million in net worth.

Next up is a guy I like to call our Rookie of the Year. Mainly because his fellow PGA Tour players voted him Rookie of the Year. But I thought of it first. He is Daniel Berger — don’t be shy, get up here, Daniel. The big-hitter left Florida State after his sophomore season, played his way onto the big tour this year and had a pair of second-place finishes, piling up $3 million in earnings. He eats par-5s alive, and his drives aren’t what you expect from an FSU alum — they’re seldom >wide right! Sorry, Daniel, Bobby Bowden made me say that.

Speaking of future Ryder Cuppers, step up here, Justin Thomas. While Justin is only 145 pounds, he hammers it out there with the big boys. Justin led Alabama to an NCAA title, helped the U.S. win a Walker Cup and pocketed $2.2 million in 2015. He posted the Tour’s low round last season, a 61 in Hawaii, and made the second-longest putt, an 87-footer at the Quicken Loans National. J.T. kicked off the 2016 season by finishing third at the Frys.com Open and then scored his maiden victory in Malaysia at something called the CIMB Classic. Congrats on the win, buddy, and later you can tell us what CIMB really stands for. I’m pretty sure the last two letters are My Butt — am I right?

O.K., now we have a guy the ladies just love. He’s got the long blond locks and the sly smile and looks a little like a young Luke Skywalker. Welcome Emiliano Grillo, everybody! You all know E, as we call him, is from Argentina. He knew he was a stud golfer so he skipped the college route and went directly to the European tour, did not pass Go, did not collect $200. That was a good move because in October, Big E won the Web.com Tour Championship, then snagged the first event of the ’16 season — that’s right, in his first outing as a full-fledged PGA Tour member, he won the Frys.com in a playoff. That’s the way to make an entrance, E!

Two more alums deserve a shout-out. Let’s start with Patrick Rodgers. He’s an Indiana native but don’t hold that against him. Just kidding, Pat. Mister Rodgers was a stud golfer at Stanford, and he shares a house with Thomas in South Florida, so if you’re looking for an epic party, you know who to call. Pat won a Web.com tournament last year and finished second in the Wells Fargo Championship. I expect him to win soon.

And where’s Ollie Schniederjans? There he is by the refreshments table. I guess Ollie must be the bookworm of our golfing grads because he stuck around for four years at Georgia Tech and turned pro after finishing 12th at last summer’s British Open. He isn’t exempt on the PGA Tour yet, but he will be easy to spot because he’ll be the only player not wearing a cap or a visor. Ollie has one thing Spieth doesn’t have — great hair. Sorry, Jordan!

It’s amazing that these guys have been squaring off since junior golf. So when you hear Johnny Miller and Jim Nantz and the other experts talking about the young guns taking over, remember that most of them are from our Class of 2011.

Before Gerry and the Pacemakers start crossing the Mersey, I’d like to say one last thing to Jordan, Justin and our other future legends: