The Australian Sandbelt comes to America: A Bay Area muni is the most intriguing new course of the year 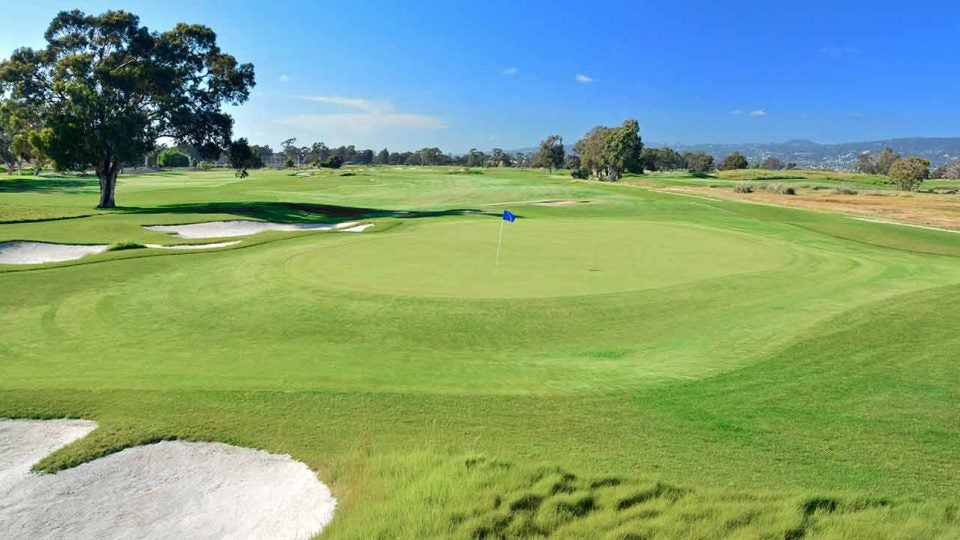 Among the best new courses of 2018 — and unquestionably the most intriguing — is a renovated muni near San Francisco that you’ve probably never heard of. Inspired by the Australian Sandbelt, it’s wild and wooly, imaginative and endlessly fun.

Odds are you are also unfamiliar with the pioneer behind it. So let us begin there, because to understand the design you first must understand the man.

An unassuming former Tour pro from a deep-rooted California almond farming family, George Kelley, 68, has gone about a quiet, accomplished life in golf that might have gained him more attention if Kelley were a guy who really cared about such things.

A standout on the golf team at the University of Colorado, he went on to compete on various pro circuits and saw flashes of success in that vagabond career. He made it to the weekend at the ’75 British Open at Carnoustie. He qualified for the Massacre at Winged Foot, otherwise known as the ’74 U.S. Open, where he fired a first-day 76. A lousy score, he figured, before learning that he’d bettered Lee Trevino by two.

In 1976, while scratching his way around the Australian Tour, Kelley befriended a young Greg Norman. In Norman’s autobiography, he credits Kelley with introducing him to wine.

The giving worked both ways.

When Kelley played his last event as a pro, the ’76 Spalding Invitational at Pebble Beach, the Great White Shark was on his bag.

There was something Kelley liked about Australian golfers.

“After a tournament, a lot of us would come into the clubhouse feeling beat up or worn down, but there were always a few guys drinking and laughing at the bar, and those were the Aussies,” Kelley says. “I thought, Those are the kind of guys I want to be hanging out with.”

The courses Down Under were cool, too, firm and fast, rollicking and linksy. Memories of them lingered when Kelley returned to the United States, land of forced carries and improbably green fairways.

“The Augusta effect,” Kelley says. “People here had that sense that a course had to look so perfect and lush.”

His tournament days behind him, Kelley turned to work in real estate but always with the thought of building his own course. Soon enough, he did. On dormant farmland in the Central Valley that had been in his family for generations, Kelley teamed with the architect Jim Harbottle to cut the routing for Stevinson Ranch.

Opened to the public in 1995, Stevinson welcomed the game as Kelley thought it should be played: Big and brawny, its fairways brown in patches, its greens kept Shinnecock-slick. The course hosted U.S. Open qualifiers and Web.com tour events. But it also allowed for knock-around golf. You could bump-and-run it, and bang it here and there, so long as you opted for the right tees.

What Kelley hoped to foster mostly was enjoyment. There was music on the range and cowboy poetry readings on the weekends. In staffing up, Kelley carved out a position for a “Director of Fun.” He also built cabins, aiming to draw golfers on buddies’ getaways. This was in the days before Bandon Dunes and the birth of the buzz phrase, “destination golf.”

“George was really a visionary,” says John Abendroth, a former Tour pro and host of the radio show Hooked on Golf who came up with Kelley in the junior ranks and competed alongside him in Australia. “He was out there very early with the idea that if you built it, they would come.”

Yet in some respects, Stevinson wound up being like Kelley himself, respected but under-the-radar: a fixture in the top public course rankings that was too much of a haul for its target market to draw a heavy volume of day-trip play. Though he was hardly minting money, Kelley kept the course afloat, until the one-two punch of an economic downturn and a withering drought. By the summer of 2015, its founder had conceded that the place would have to close. On the day he shuttered it, a tearful Kelley staged an Irish wake for Stevinson, then sent folks out for one last round.

“That course was my baby,” Kelley says. “It was like losing a loved one.”

Even as he mourned, Kelley began nurturing another project, an ambitious overhaul of a beleaguered municipal layout in the Bay Area island-city of Alameda. More than three years in the works, the renovation of Corica Park South Course is now complete. A ribbon cutting will be held this Wednesday. For Kelley, it is something of a tribute to golf Down Under. For public course golfers in this country, it’s fair to call it the most stunning turnaround of 2018.

The remade layout is part of a 45-hole complex that once ranked among the busiest munis in the United States but which has struggled lately. If you never played it in its heyday, you missed out on long rounds and the camaraderie of locals. Otherwise, you weren’t missing much. The holes were flat and featureless, the drainage poor. The popularity of the place was pretty much a function of convenience and price.

The new layout follows largely the same routing, but little else about it is remotely the same. Through his golf management company, Greenways Golf, which holds the lease on the Corica complex, Kelley collaborated with the architect Rees Jones to build an Australian Sandbelt-style course, in the spirit of such Melbourne-area musts as Kingston Heath, Royal Melbourne and Metropolitan. Jones drafted a blueprint for ample, rumpled fairways, expansive greens and a range of shot demands that includes only one forced carry in 18 holes. The challenge of the course is how to play the ball, not whether you can find it.

In the nitty-gritty details of the redesign, there is plenty of catnip for architecture nerds. The layout has been carpeted with drought-tolerant grasses that will reduce water use by 50 percent. The bunkers have been lined with synthetic turf salvaged from the Oakland Raiders nearby practice facility. And the thousands of truckloads of sand laid down for contouring and drainage came from dunes in San Francisco that had been buried by development a century ago. Recent tunnel excavations had unearthed the sand, and Kelley and Co. put it to good use.

They built the new South Course at Corsica Park in Alameda by recycling nearly everything. Bunker liner is old Oakland Raiders practice field turf. Ingenious. Plus, Raiders paid Corica Park to take it off their hands. pic.twitter.com/I47toHVQm2

But that’s the nerdy stuff. What Kelley hopes golfers will notice about the new South Course is how pristinely it’s conditioned, how fair but challenging it is, and how fun it is to play.

Not that he’s tooting his horn too much.

Just last week, in the run-up to the ribbon cutting, Kelley squeezed in 18 with an avid golfer whose name most sports fans know: Golden State Warriors star Steph Curry.

Asked what Curry thought of the renovation, Kelley said he hadn’t plied him for his input.

But, he added, in what qualified for him as a hyperbolic blast of self-promotion: “I think that he really liked it.”