The Art of Gear: Inside the Evolution, History of the Hybrid 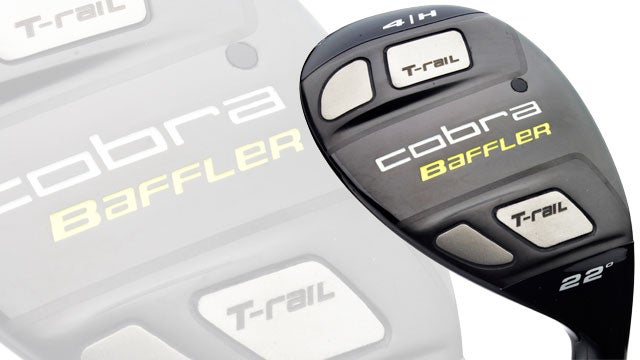 As golf prodigies, Tiger Woods and Jordan Spieth had similar childhoods but different toys. Tiger, as a young golf nerd in the early 1980s, before the equipment revolution, chose his starting lineup almost individually, and the 14 sticks that made the cut were closer to artworks than science projects. By the time Jordan won his first U.S. Junior Amateur in 2009 at age 15 (on a Trump course!), his clubs earned their keep only after passing a battery of launch-monitor tests.

Somewhere between Tiger’s youth and Jordan’s, manufacturers went from glorified mom-and-pop operations to divisions of large public companies. Shareholders demanded results, even if the club-buying public was more understanding, and new lines could no longer be sold on the basis of a good story and a nightcap. Suddenly the salespeople needed charts and numbers. Goodbye, Baffler. Hello, PXG 0317 hybrid!

Tiger would remember the Baffler and her elegant Australian inventor, Tom Crow, a slender scratch golfer in a cashmere sweater. Tiger would also remember the Ginty, the invention of a restless, Depression-era Midwesterner named Stan Thompson. The Ginty and the Baffler competed like Arnold and Jack, two utility clubs designed to help golfers advance their ball decent distances from gnarly lies.

For the Ginty, Thompson attached a heavy metal soleplate shaped like an upside-down Hershey’s Kiss, taking his inspiration from the keel of a sailboat. On the bottom of the Baffler were two heavy metal runners, an idea born when Crow watched catamarans skidding across Brisbane Bay on pontoons. As for the Baffler’s catchy name, Crow came up with it after watching a snake charmer in India. “I couldn’t believe what I was seeing,” Crow, now 84, told me the other day. “I was baffled.” Thompson, who died in 1995, liked to claim ginty was a Scottish noun referring to a black-sheep son who keeps getting into trouble but always finds a way out. Note to self: Ask Bob Parsons how he came up with GoDaddy and PXG 0317.

Between the quality of his clubs and the quality of his checks, Parsons, the founder of GoDaddy, is making a lot of new friends in his first year as a club manufacturer. He has already signed up Zach Johnson, Billy Horschel and Charles Howell. When Tom Crow founded Cobra Golf in 1973, he couldn’t get Tom Weiskopf on the phone.

But one day in 1976, Crow did get an unexpected call from a young Australian pro. “You wouldn’t know me, but I’ve seen your clubs, and I was wondering if you could make a set for me,” Greg Norman told Crow, the winner of the ’61 Australian Amateur.

“I know your name,” Crow said. “You were in the paper the other day for winning in Adelaide.” That was the start of a beautiful friendship.

In 1989, Norman, near the end of a deal with Spalding, got a call from Crow, who asked him if he wanted to come back home. That is, endorse and play Cobra clubs, and invest in the company. Norman bought a 12.5% stake for $2 million. In ’96, American Brands, the corporate parent of Titleist, bought Cobra. Norman’s share had ballooned to $44 million. Crow today lives in rustic splendor in Jackson, Wyo. “Greg’s down the road,” Crow said the other night. “He’s got a mountain.”

The next afternoon, Norman was recalling how he and Crow designed a 1-iron on the back of a napkin and how so much of Crow’s ability as a club designer and salesman “came right out of the fact that he loved the game so much.” Their shared passion allowed the relationship to survive tough times and thrive in good ones. Over 40 years, there’s bound to be some of both. Norman still has his Tom Crow clubs from 1976.

I asked Norman where he stood on the Baffler-Ginty divide.

“Oh, I was a Baffler guy,” he said. His buddy Frank Chirkinian, a superb golf producer but a lousy golfer, was a Ginty man: driver in the rough, Ginty out, a pitch, a chip, a putt, a gimme. Put me down for six. “I played Bafflers in the U.S. Open,” Norman said. “I never saw a Ginty at a U.S. Open. You could swing that Baffler upright with that short shaft and hit long flyers with it.”

You may call that a statement of loyalty. It doubles as commentary on an artwork.