The 6 best fixes to golf on TV, as answered by you! 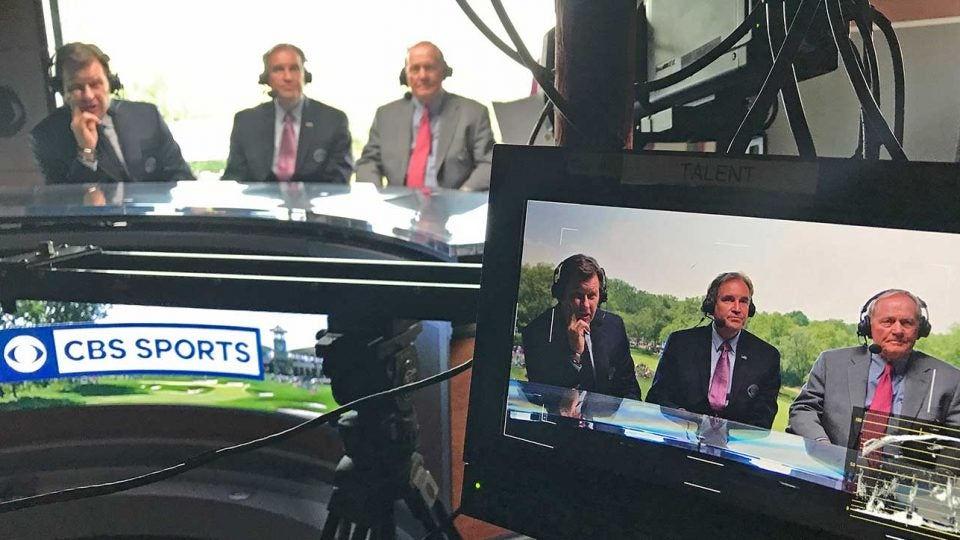 More shots, creative cameras, a lottery for high-handicappers? These were some of the fixes you'd make to golf on TV.
Getty Images

Golf television is going to look markedly different in 2020. CBS, NBC and FOX will still be the network homes for the major championships and PGA Tour season, but a new TV rights deal for the PGA Tour is sure to spell changes to how viewers watch golf.

In addition to the rights deal, CBS announced an overhaul to its broadcast for the 2020 season and beyond. Among the changes: the ouster of longtime faces Peter Kostis and Gary McCord, the additions of Davis Love III, Trevor Immelman and Michelle Wie, and the retirement of lead producer Lance Barrow.

In light of these changes and in the spirit of new year’s resolutions, the GOLF.com staff debated the best way to improve PGA Tour telecasts (you can see our answers here). But in true democratic fashion, we opened the floor to you, the fans, to respond to us on social media with the ways you’d like to boost golf on TV. Here are the best (and most common) of your answers.

Simple: more golf. All of that other stuff doesn’t matter. Caddie conversations are marginally interesting but that’s not going to move the needle. The Pres Cup wasn’t watchable. Four matches on the course and no one knew what was going on

This was, far and away, the number one critique of golf broadcasts among fans. It seems simple enough, but with the bells and whistles modern-day broadcasts offer, it can sometimes feel to viewers like seeing actual golf falls secondary to advertisements, graphics packages and analysis. A few followers even went as far as to suggest a similarly designed broadcast to British broadcaster Sky Sports’s format.

Show launch spin numbers, some club data. And stop zooming in on the ball ever shot like you’ve done for the last 40 years. It’s never made sense

The analytics revolution in sports has a major foothold in the game of golf. Data is more important than ever to Tour players (and not just Bryson), so why isn’t it also an important element of broadcasts? In fairness to many of the major networks, data has begun to find its way into broadcasts, but that’s certainly an endeavor that can continue to expand as numbers continue to grow in influence. (Also, Travis might be onto something with the zoom.)

I’d much rather listen to player/caddy then listen to the announcers tell me what they are talking about.

Player-Caddie conversations have become a highly anticipated part of golf on TV, with high-powered microphones allowing us a window into the tactics, strategy and competitiveness of many of the game’s best players. Perhaps it’s time to ratchet up that aspect of the broadcasts even further.

It’s not easy to contextualize the nuances of many of the world’s best golf courses, especially when you take into account that many of the broadcast crews have only a few weeks (or less) on-site before it’s time to go live for several days. But perhaps an easy work-around to this problem doesn’t involve adding resources, but rather shifting the ones currently in place. Adjusting camera locations to allow for better visual appreciation of undulation and shot difficulty is a creative and easy way to improve the viewer experience.

Putting is such an important part of the game, and especially so to broadcasts. It’s the purest form of cause and effect that exists in golf. But many of our followers responded that they’d much prefer to see more tee shots and approach shots in lieu of “scene-setting” from green side, while players are reading their putts.

A lottery for Average Joes

I say allow a lottery of about 5 average golfers to play in each tour event.

Admittedly, this one is pretty unlikely (and even if it did happen, would probably not help the quality of the TV product). But hey, whatever you’ve got to do to wind up on one of the most exclusive courses in the world, right?