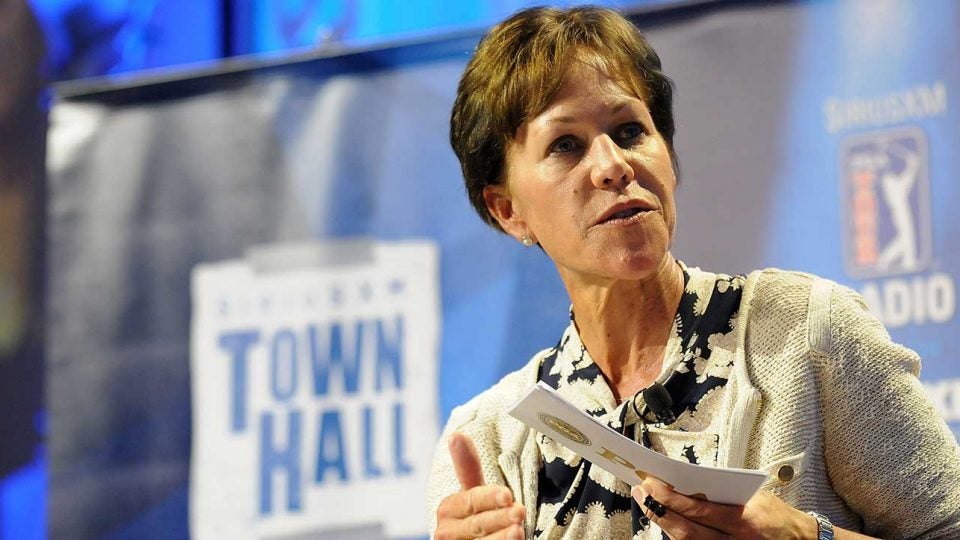 Progress, and change, often take time. Just 40 years ago, the PGA of America was an organization comprised of only men. Women were eventually allowed membership in 1978 and now, four decades later, an association of more than 29,000 members will make history when it elects the first female president in the PGA’s 102-year history.

Suzy Whaley has dedicated her life to the game of golf, and now the woman who teed it up with the men on the PGA Tour 15 years ago will be sworn in as President of the PGA of America. GOLF’s Ryan Asselta recently spoke with Whaley as she prepared to take over and blaze a trail into a new era of the PGA. 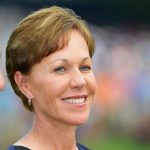 GOLF: As you prepare to take over President, how much pride do you take in being elected?

When you look at the PGA as a whole, what’s one thing you feel the association does very well?

We’re the gold standard of the game. We’re the leaders in connection between consumers and golf courses. And when you seek out a PGA professional, we are going to welcome you. We want to share with you our passion for the game. I have yet to meet a PGA professional who doesn’t love the game of golf and want to create that feeling for anyone that gets involved.

What’s one thing you’d like the association to improve on?

I think we have tons of opportunities for improvement. We need to get more women on golf courses and get juniors out playing the game. We need to get more people from diverse backgrounds playing the game of golf, not just because it’s the right thing to do but it’s good for business. We’re an $84 billion industry. We need to share, with youth, the opportunity that the PGA of America affords them for a career in the game. We’ve started that process with recruiting plans, but we certainly have work to do and challenges ahead of us.

How do you take that next step with getting more women, more juniors, more minorities involved in the game?

We have PGA Junior League Golf, which has been enormously successful for us, where close to 50,000 boys and girls under the ages of 13 are playing team golf. Almost 70% of those playing PGA Junior Golf are new to the game and that’s incredibly exciting to us as a developmental program. For women, we have a PGA Women’s Clinics which currently, we have 12 across the country. We want to offer those in every section, all 41 of our sections. And then we have a entire #inviteHER Campaign where we’re all working to ensure that women are feeling not only welcome at golf courses but that we’re reaching out extending an invitation.

You’re one of only two women in history to qualify and play in a PGA Tour event. You did that in 2003 at the Greater Hartford Open. Do you consider yourself a trailblazer?

I don’t know that that’s for me to say. I don’t ever think anybody that is a first sets out to be a first. I think there’s somebody that’s always opened the door for you to be the first. I’m honored to be the first [woman] president of the PGA of America and someone who has qualified for a PGA Tour event. I ended up playing, and it was the first time a woman had done that in 58 years. So for me, it’s about the women who have shown me the way so that I could see myself in the role. It’s an honor, but I don’t think of it as a trailblazer. I think of it as, thank you for those that came before me that gave me the opportunity.

How has the game changed for women since you teed with the men on the PGA Tour 15 years ago?

You know, the game really has evolved. When I was a kid, young girls just weren’t afforded a lot of opportunity to get on golf courses. I had to play Monday afternoons late. I wasn’t allowed to play in the Junior Boys Tournament when I was growing up. I’m excited about the evolution in the game. I’m excited that we have more women playing golf with 2.4 million women who chose to try the game for the first time last year on a golf course. But, we’re not far enough. And we have tons of work to do.

Why do you think it’s taken so long to elect a female president of the PGA?

We are an organization of 29,000 members, but women weren’t allowed membership until 1978, so it hasn’t been 100 years. So if you think about that short time window right now, while it’s taken a long time, I’m thrilled it’s here. And if we can show young women who are out there, who can see me in the role, and see themselves as PGA professionals first, their body of work will stand for itself.

Do you think there’s more pressure on you than there was on your predecessors because you’re the first woman to be elected to the position?

Do you feel more of an obligation to address women’s issues in the game of golf during your term?

I think that comes with the territory because I am a woman. I want to be at the table and be a voice that encourages us to consider everything possible to get more women on golf courses. I work with men who feel the same way, but if I can be a louder voice in the room in that regard, I will do that.

Are there any unique challenges you expect to face because of your gender?

I think a lot of people will look at what happens with diversity and inclusion at the end of my term, particularly because I’m a woman. And if we’ve advanced, whether it’s amongst our membership, or those that play the game, or amongst our suppliers at our championships, I think that’ll come with the territory because I’m a woman. So is that a challenge? It is. Will it grow astronomically during my tenure of two years? You know, I hope so.

What would you say to a PGA professional who might think the PGA of America spends too much time, energy and money focusing on the PGA Championship and the Ryder Cup and not enough time supporting the club and teaching pros?

I think it’s because golf is fun. I have two daughters that play the game. I think it’s because of PGA Junior League and LPGA Girls’ Golf and drive chip and putt. It’s because of the opportunities that golf is providing to young girls that gives them humility, integrity, perseverance, grit and determination. I think more women are playing the game and more moms are playing the game. We’re also providing opportunities for young girls where they can do it together. They can go with a friend. They can get on a course. They can have some fun on the driving range together.

We can’t let you go without talking Ryder Cup. As President of the PGA you’ll be intricately involved in the matches. Coming off of Paris and the convincing win by the Europeans, what was the leading cause for the United States Ryder Cup troubles over in Europe?

Captain Furyk did an amazing job in getting that team together, preparing as best as he could to have the best outcome possible but that’s golf, right? Somebody’s going to win and somebody’s going to lose. And we lost.

How about the Ryder Cup task force? It was established prior to Hazeltine. After what happened in Paris and then some of the aftermath, with some of the reports of infighting and splintering of the team, does the U.S. Ryder Cup team need to rethink its approach again?

We’ll get together with Captain Furyk and do kind of an after-action, getting his thoughts on going into Whistling Straits in 2020. You know, we are keenly aware that we want to win in Wisconsin. What will that take? That’s what we’ll sit down with him and really talk about.