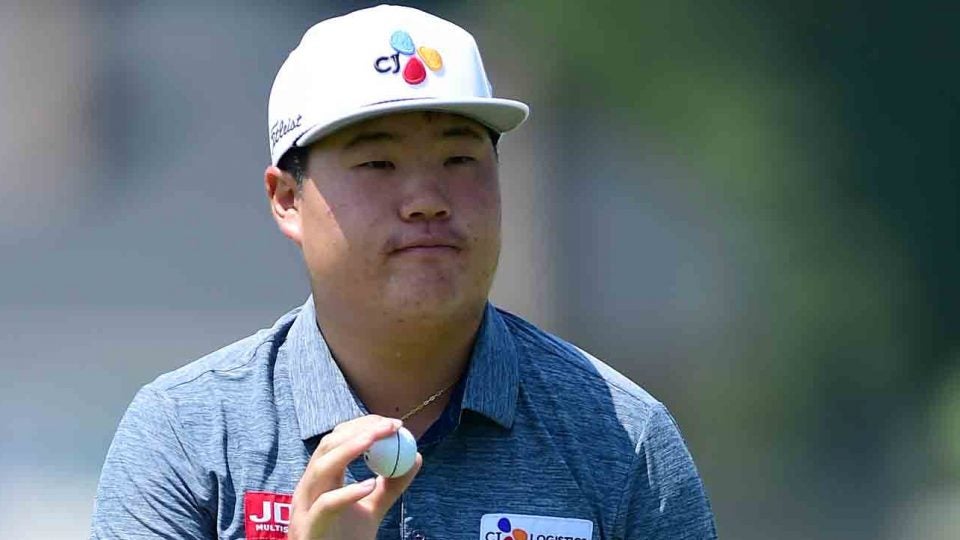 If, against your better judgment, you find yourself battling August office malaise by poring over the FedEx Cup standings (or, for that matter, the Wyndham Rewards rankings — which are cleverly the exact same thing to this point!) there’s not much that will surprise you. Koepka leading the charge, McIlroy right behind, a mix of the year’s big winners chasing behind.

But take a look past money won or points earned and check out the simplest stat of all: events played. There, a bit of intrigue lurks. Most top players fall within a tight range; of the top 25 in the FedEx Cup, 16 players have notched between 15 and 19 starts. Three players (Justin Rose, Shane Lowry and Francesco Molinari) are below that threshold, while five have played twenty-something events, led by grinder Chez Reavie, who has battled through 24 tournaments. 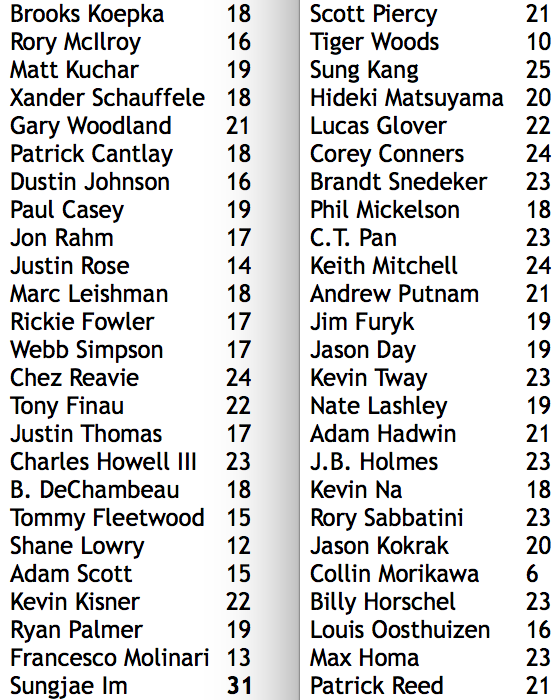 And then there’s Sungjae Im. The 21-year-old South Korean fired a career-low 62 in the first round of the Wyndham Championship on Thursday to take a share of the lead in his 32nd event of the FedEx Cup season. That’s right, 32 events.

Im, who turned pro at age 17, graduated to the PGA Tour after winning the Korn Ferry Tour’s money list last season. He wasted no time with a T4 at the Safeway Open, the first event of the season. From there, Im’s schedule mirrors that of the PGA Tour almost exactly. There are certain events that he wasn’t qualified for (CIMB Classic, Hero World Challenge, Sentry Tournament of Champions) but besides those, Im played in very literally every event he could through the third week of February — and added a Japan Tour event in late December just for good measure.

Im finally took a week off instead of traveling to the Puerto Rico Open in late February, but got right back at it by playing the following six weeks in a row before the Masters, which he wasn’t qualified for. Then he played the following eight weeks, taking a week off after failing to qualify for the U.S. Open. That rest must have refreshed him; he’s now played the six consecutive weeks since then.

Let me put this a couple other ways. Since the end of February, Sungjae Im has played every week except two: the U.S. Open and the Masters. And since the beginning of the 2018-19 PGA Tour season, Im has skipped just one week where he could have played a PGA Tour event: the off-field Puerto Rico Open in February.

It’s worth noting that Im is far from the only grinder on Tour. Tom Hoge is also making his 32nd Tour start this week, tied for the most. But Im is unique in that he hasn’t taken advantage of his high standings by taking weeks off. Of players in the top 125, only Kelly Kraft (29), Adam Schenk (29) and K.H. Lee (28) come even close. No other player in the top 50 has made more than 25 starts. Quite simply, those players prioritize their weeks off. Im doesn’t.

GOLF’s Alan Shipnuck got to know Im a little better during the week of the Genesis Open; Im explained that his parents travel with him every week: “They handle the hotel, the laundry, everything. I just focus on the golf.” He also detailed his desire for familiar Korean food on the road. “I Google the restaurant, and if it’s good, I go back,” he said.

Thus far, the simple formula has yielded plenty of success. Despite not winning (unlike fellow rookies Cameron Champ, Adam Long and Martin Trainer) Im should be in line to win Rookie of the Year. He’s ascended to World No. 65. He’s currently projected to make the Tour Championship. And then he’ll be ready to start it all over again next season.

The good news for his sophomore campaign? Im should know all the golf courses by now.