Sugar Ray Leonard Q&A: The boxing legend reveals the playing partner who made him hyperventilate 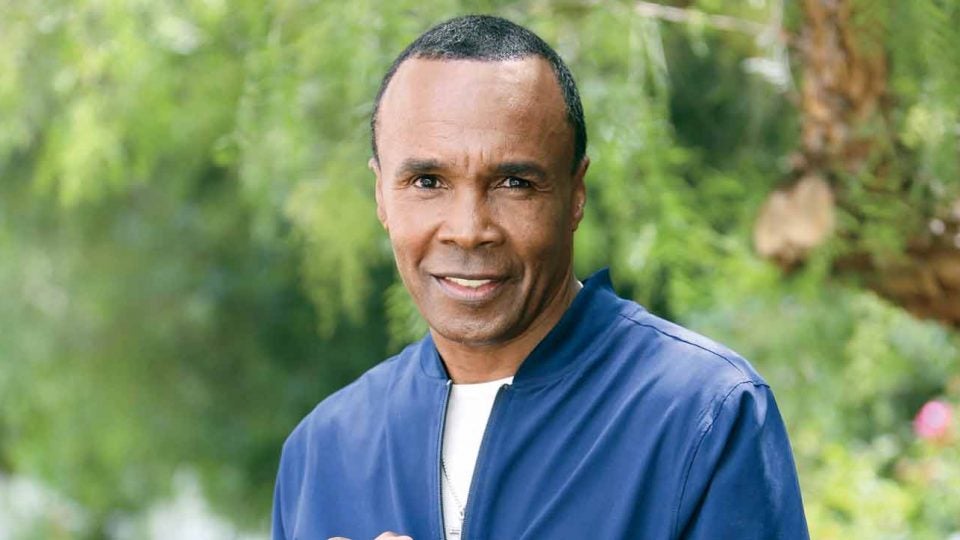 Sugar Ray Leonard may have retired from the ring, but, like all of us, he's still fighting that little white ball.
Paul Archuleta/Getty Images

He was lights-out in the ring, the winner of 37 pro matches in five different weight divisions. Then, well, the champ squared off against a golf ball.

Hey, Champ. Can I call you Champ?

How did you get started in golf?

Maybe an 18. I play at Riviera, so there’s no mulligans, man.

What’s the hardest part of the game?

It’s so strange. As a boxer, I could hit a guy who’s moving real quick. But if you plant a little white ball in front of me, just sitting there, I might miss the damn thing.

I feel lucky to have lived through your heyday, watching you fight Marvin Hagler, Tommy Hearns, Roberto Duran. Who was your toughest opponent?

They each had their own significance. Muhammad Ali told me, “Ray, when I fought Joe Frazier the third time, it was the closest thing to death.” I didn’t understand what he meant back then, but when I fought Hagler, Hearns and Duran, I sure did.

News
T Bone Burnett Q&A: The legendary musician describes what it was like to watch Ben Hogan

For someone who’s never been in a fight, what does it feel like to get popped in the face? Do you see stars, like in a cartoon?

You automatically shut down — your body, your brain — to protect yourself. There is no pain.

Optimism, tunnel-vision focus and, of course, you gotta keep your head down.

You once played with Bill Clinton. What was that like?

When I teed off, I was hyperventilating. I said, “God, I don’t call you often, but please don’t let me miss the ball.”

Is it true he plays things pretty loose?

Are you a fan of the band Sugar Ray?

It’s funny. One day I was reading the paper and it said Sugar Ray was going to be at this club. I thought, What the hell are they talking about? That’s when I found out there was a band. I said, “Call my attorney.”

You’ve retired and un-retired, like, 10 times. What’s so hard about leaving the fight game?

I miss the transformation. The two months of training, when you can transform your body, mind and spirit—nothing compares to that.

Chris Nashawaty is the author of Caddyshack: The Making of a Hollywood Cinderella Story.