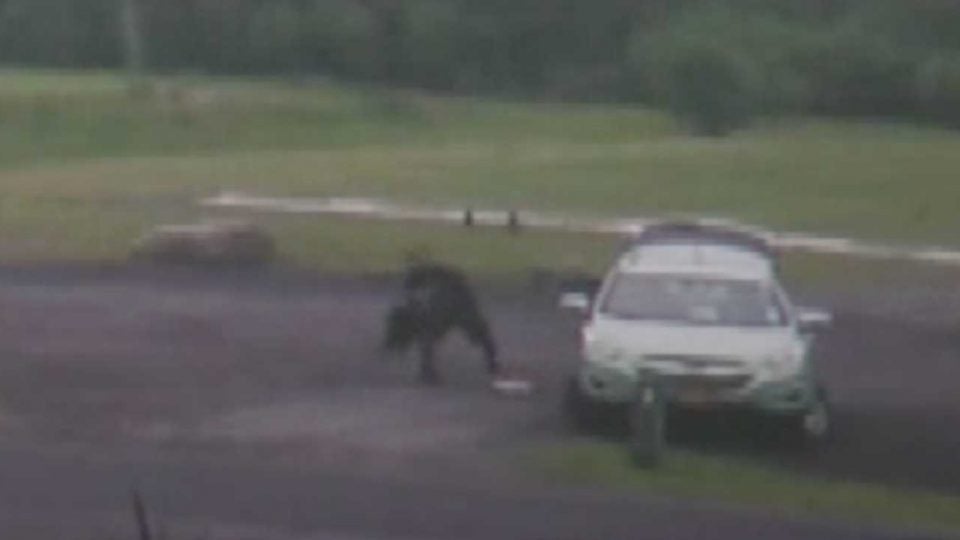 A person spotted by cameras taking a set of golf clubs from a parking lot on Tuesday.
WRGB

One teenager won’t need to buy a new set of golf clubs after all.

Two nights after golf clubs were taken form the parking lot of Pheasants Hollow Golf Course in East Greenbush, N.Y., they were returned — with a note from the person who snatched them.

According to WRGB in Albany, a 19-year-old worker was finishing his shift on Tuesday before he drove off and left his clubs behind. Just a few minutes later surveillance spotted a man pull into the parking lot, quickly load up the clubs and drive away.

A video of the person who took the clubs received thousands of views on Facebook, and on Thursday night the clubs were returned to the course. A note was also left that said, “I saw these when it was about to rain with no one around and I didn’t want to see them get wet. Hope you find the owner. Happy golfing!”

Was the note sincere or did the video and/or the person’s conscience get to them? We might never know, but at least someone has their golf clubs back.