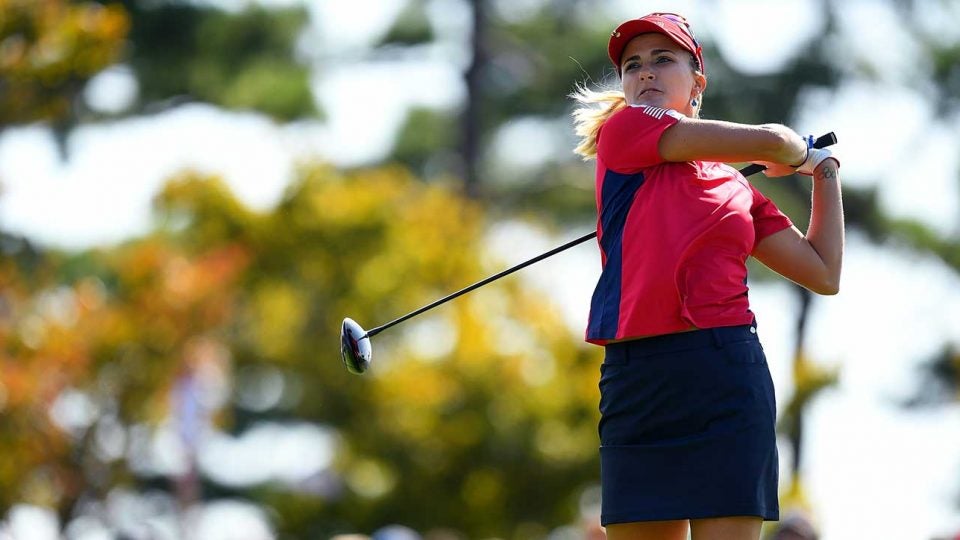 INCHEON, South Korea (AP) — South Korea held off challenges from the United States and England to win the eight-nation International Crown for the first time in front of a delighted home crowd at Jack Nicklaus Golf Club on Sunday.

The top-seeded host team started the final round two points clear of the chasing pack and won two of the four singles matchups to finish with 15 points, four ahead of the defending champion United States and England.

Thailand finished fourth, and Sweden fifth. Australia, Taiwan, and Japan were all eliminated at the end of the third round.

In contrast to the wet conditions that cost the tournament an entire day’s play on Saturday after Typhoon Kong-rey hit the Korean peninsula, bright sunshine helped produce a big and passionate crowd that cheered the home team on to victory.

“We never really feel nervous before majors but we have been nervous for a couple of months before this,” So Yeon Ryu said. “Turns out that because this was home field, we felt comfortable with all the fans that came out to support us, and we had a lot of benefits. The support was incredible.”

Ryu fought back from two down to halve with Lexi Thompson of the United States.

Only world No. 1 Sung Hyun Park lost of the South Korean quartet, 2 and 1 against Ariya Jutanugarn of Thailand.

“Not only myself but all my teammates felt a lot of pressure coming into this tournament,” Park said. “I am really happy we overcame that stress.”

I.K. Kim defeated Bronte Law of England 2 up, and In Gee Chun overcame Anna Nordqvist of Sweden 1 up.

Only Jessica Korda recorded a victory for the U.S. in the final round, winning 4 and 3 against Madelene Sagstrom of Sweden. Michelle Wie and Cristie Kerr both lost, to Moriya Jutanugarn of Thailand and Georgia Hall of England respectively.