How fast and firm is Carnoustie? Brandt Snedeker, who ranks 137th in driving, hit one 427 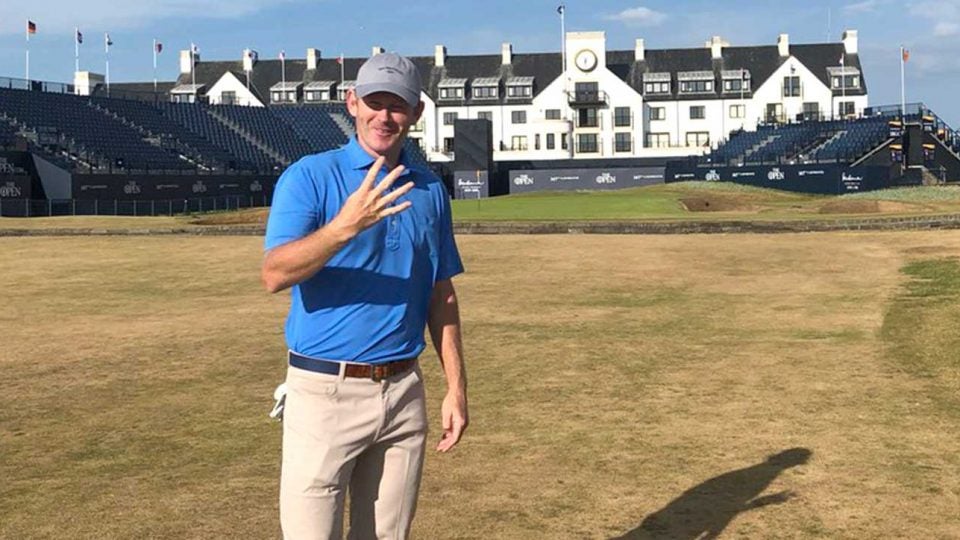 With the first round of the British Open less than a week away, Carnoustie’s conditions have been a major topic. Scotland’s unusually warm summer has had a big influence on its golf courses, and the site of the Open is no different. Our latest example of that comes from Brandt Snedeker, who tweeted that he bombed his drive 427 yards — 427! — on the 18th on Saturday.

Snedeker is tied for 137th in driving distance on Tour with a 291.3 average.

“Carnoustie is baked out but greens are pure,” Snedeker wrote. “Never seen an Open this firm. Will be an awesome week if it stays like this.”

That kind of distance due to the conditions, especially on the par-4 closing hole, will have a significant impact. The last time the Open was at Carnoustie, in 2007, the 18th had a scoring average of 4.611 — the second-hardest hole on Tour that year.

Just hit one 427 on 18 @TheOpen .. Guys would be hitting it in the burn in front of green 450+.. Carnoustie is baked out but greens are pure.. Never seen an Open this firm.. Will be an awesome week if it stays like this.. pic.twitter.com/AUXyPGF4iu