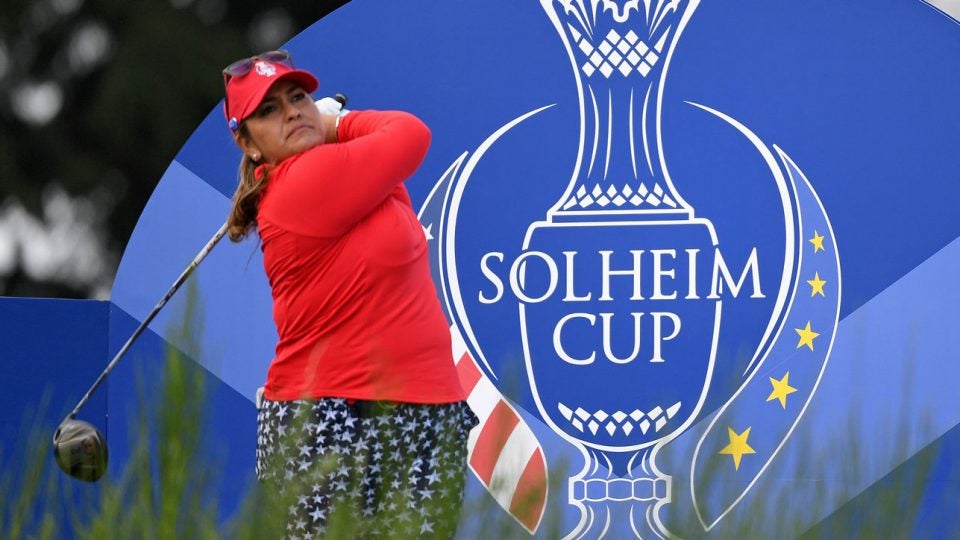 Lizette Salas was given a "bad time" during an afternoon session match at the Solheim Cup Friday.
Getty Images

The year of golf in 2019 might go down in history as a seminal one for slow play. The talking point of the PGA Tour’s FedEx Cup Playoffs has also become a major discussion at the Solheim Cup in Scotland.

Lizette Salas was given a “bad time” and Juli Inkster was repeatedly asked about her team’s pace throughout Friday’s afternoon session.

“It’s not fair, because the other players know how to play the game,” Inkster said of Salas’ ruling. “So my players are playing at their pace. And then when they say we’re timing them, they speed up. And that’s — they make a living out of that.

“So until we change the rule, they’re going to keep doing it. And they know who they are.”

With that, Inkster’s post-round press conference was over, finished by five-straight questions about the lagging pace. As noted by Josh Berhow, the four-ball match that Salas was in, the first match of the afternoon session, took nearly three hours to play the first nine holes.

It has been proven that groups with more players (I.e. foursomes and threesomes, compared to pairings) will take longer to play, and so a slower pace could have been expected when four balls are in play on each hole. And with precious points on the line in these matches, there exists an inherent advantage to letting opponents who are further from the hole play out first, instead of focusing directly on playing “ready golf.”

Inkster herself doesn’t have a solution for the issue this week.

“You look at this golf course, it’s tough,” Inkster said. “The wind’s blowing. The greens are firm. The ball’s not going anywhere. It’s cold. I mean, it’s not like it’s a pitch and putt. It’s a tough golf course. And out here every shot counts. Every putt counts.

“So it’s going to take longer. That’s just the way it is. And I mean I thought the way the golf was played today was phenomenal for the conditions. It’s hard. It’s hard golf.”