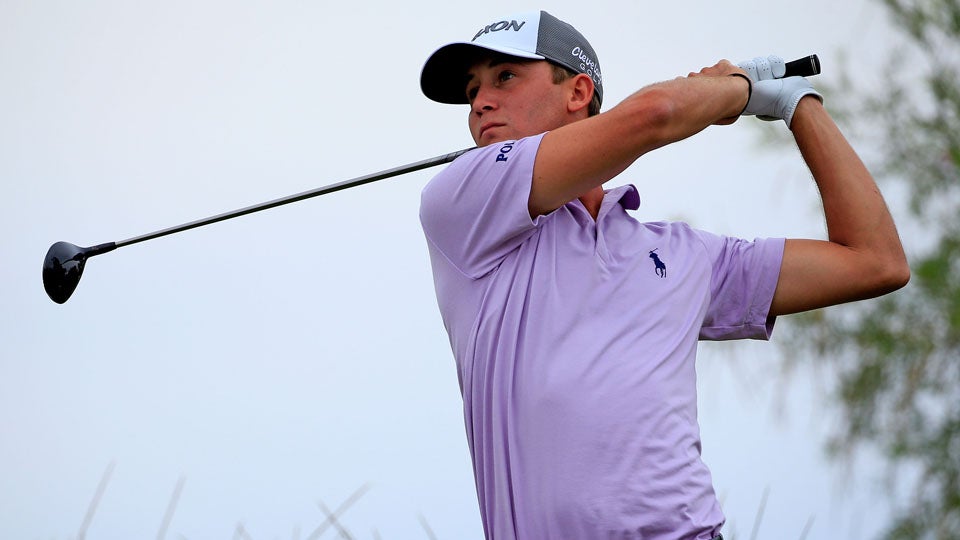 Smylie Kaufman plays his shot from the 18th tee during the final round of the Shriners Hospitals For Children Open on Sunday, Oct. 25, 2015, at TPC Summerlin in Las Vegas, Nevada.
Cliff Hawkins/Getty Images

Due to an error at PGA Tour headquarters, 12 players who weren’t supposed to be entered in this week’s Shriners Hospitals for Children Open will tee it up anyway. Although those dozen, as well as the other 132 players in the field, will have to hope for enough daylight to complete the first two rounds in time.

Due to the tournament being played in November instead of its usual October spot on the calendar, organizers asked the Tour for a reduced field to ensure enough daylight for the first and second rounds to finish on time. The Tour agreed, but it was never entered into its computers (or wasn’t entered properly) and 12 extra spots were filled.

“(The Tour) realized the mistake, but at that point there was nothing they can do,” tournament director Patrick Lindsey told the Review-Journal.

The Golf Channel reports that Ryan Blaum, Gonzalo Fernandez-Castano, Seamus Power, Trey Mullinax and Kevin Tway got into the event due to the error, based on the PGA Tour’s priority ranking.

Smylie Kaufman won the Shriners last year and is back to defend his title at TPC Summerlin.