One of the most hotly contested topics in instruction circles over the decades has been whether anyone should copy Jack Nicklaus’ signature “flying” right elbow at the top of the swing.

Obviously, it worked for Big Jack (it helped him keep the clubface square for a longer period of time during his swing, which in turn allowed him to play the ball forward in his stance and hit up on it for high, powerful woods and irons), but the question still begs: Will it work for you? 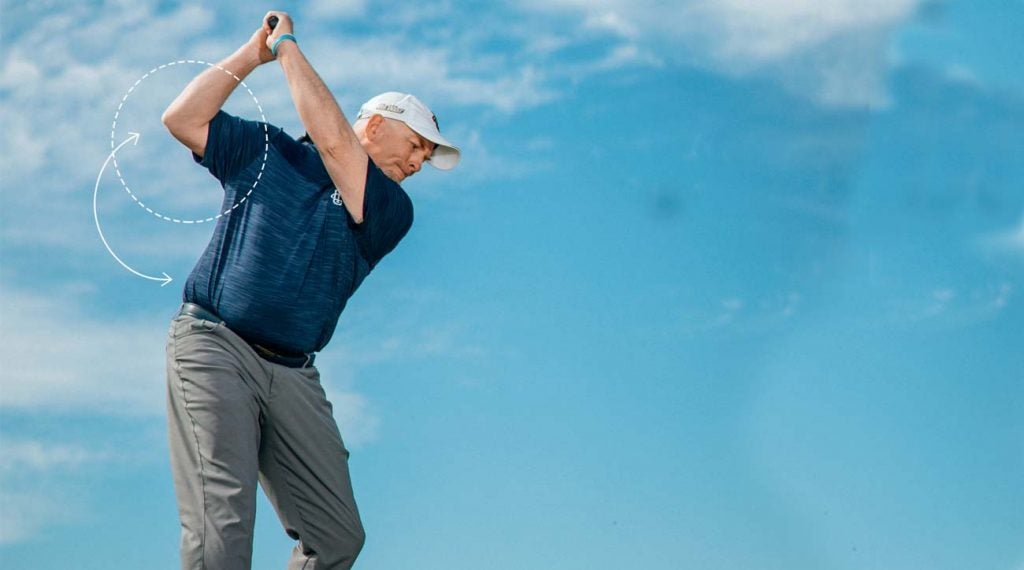 Create some space between your left side and your right elbow for extra backswing power.
Christian Hafer

In my opinion, any player who doesn’t possess Tour-level flexibility and speed ought to consider letting his or her right elbow fly. It definitely makes it easier to get the club in a higher, more powerful position at the top, and who wouldn’t want that? And before trepidation sets in, a flying elbow position isn’t all that unorthodox. Many of today’s top players, even those with idolized swings like Adam Scott, create some “air time” between their body and right elbow at the top. Just don’t let the club cross the line. Like Jack, let your elbow fly naturally but with the shaft set parallel to the target line at the top.