Shane Lowry married Wendy Honner in April 2016 in New York City, which took place just a week after he made the cut at the Masters. But, no, it wasn’t on a whim.

“My wife Wendy and I decided around Christmas [2015] that we were going to do this,” Lowry told GOLF Magazine in 2016. “We just needed to book a hotel, book flights, do the paperwork. We left the Masters on Sunday evening, flew up, got to the hotel at about 11 p.m. We were up the next morning, going down to City Hall to register — and we’re gettin’ married! We love New York. It’s such a good place — our favorite place in the world.”

Lowry and Wendy, a nurse who travels with her husband often, welcomed their daughter, Iris, in March 2017. Their first big moment on the golf course as a family came in January 2019, when Lowry ended a winless drought of over three years by claiming the Abu Dhabi HSBC Golf Championship. His family was there to greet him on the green.

“I’ll be honest. As soon as we had [our daughter] Iris, that’s what I’d dreamed about,” Lowry wrote in the Irish Times. “To have both Wendy and Iris in Abu Dhabi as I won was just dream stuff, something I wouldn’t really let myself think about until it actually happened because you’d only get emotional thinking about it. But ever since Iris was born (she turned 2 in March) that’s one of the things I’d always hoped for, for them to come out to me on the 18th green at a tournament. Because that would mean only one thing. I was a winner.”

There might be a repeat moment on Sunday evening at the British Open at Royal Portrush.

Check out some pictures of the happy family — and some from that moment in Abu Dhabi — below: 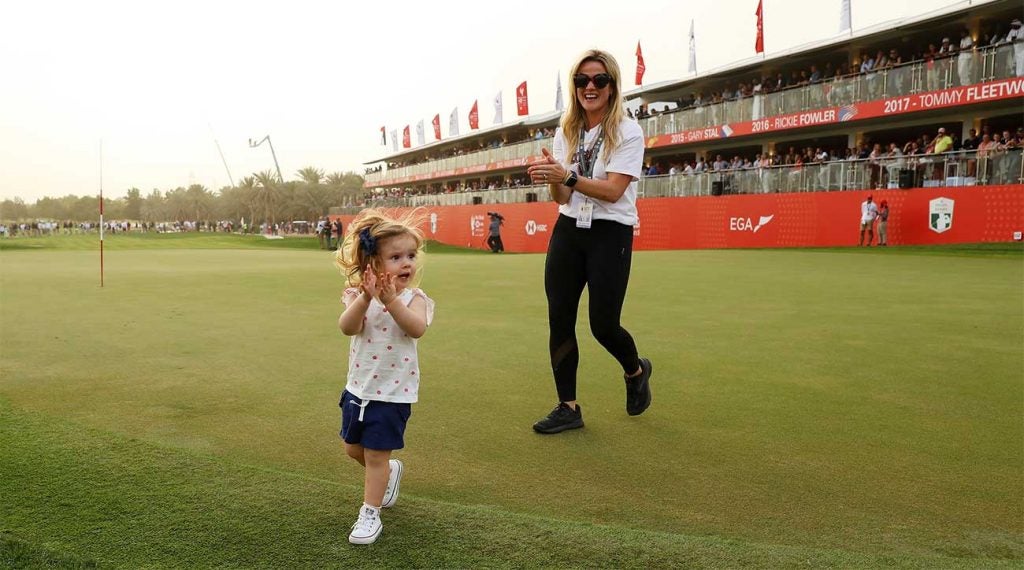 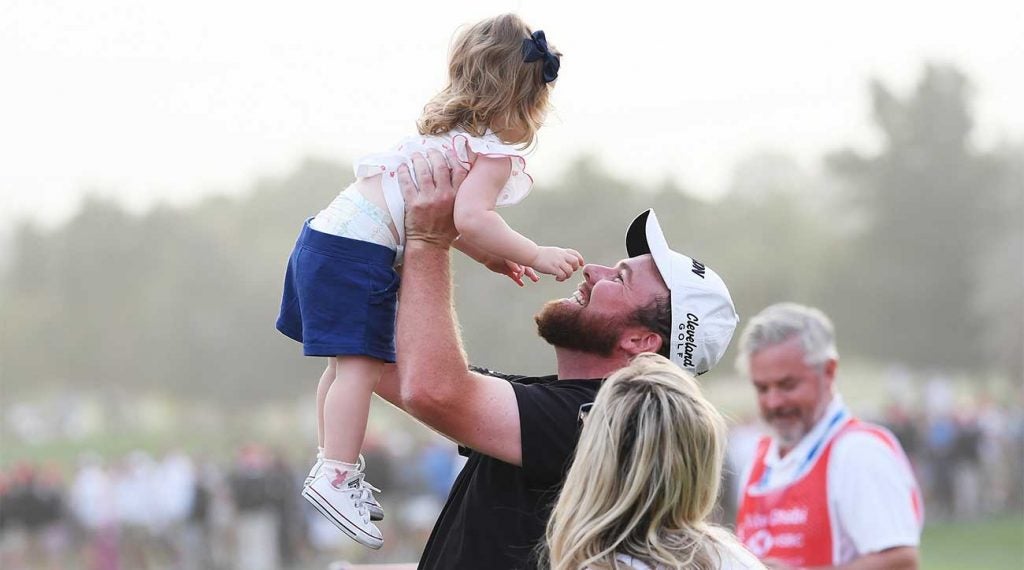 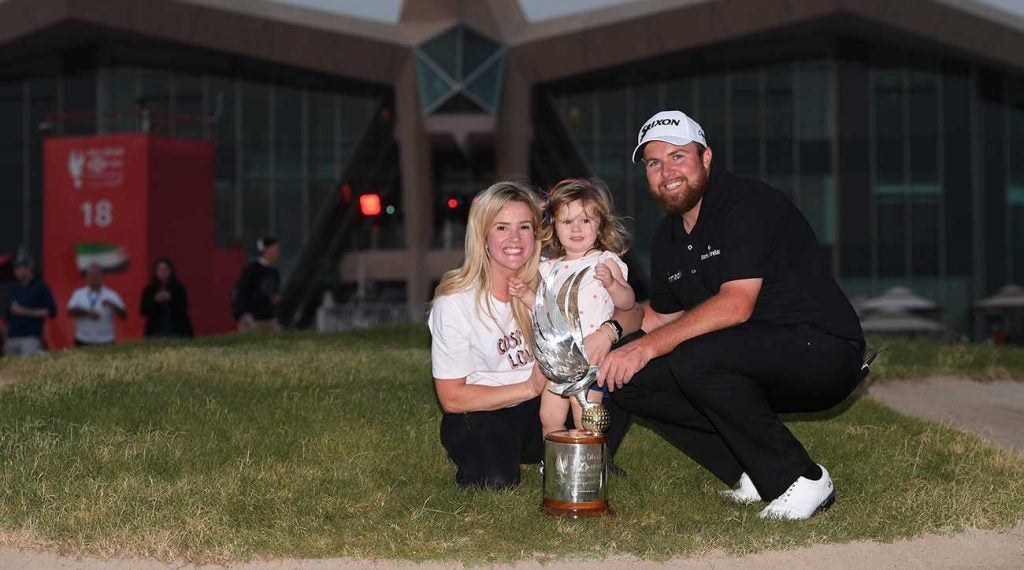 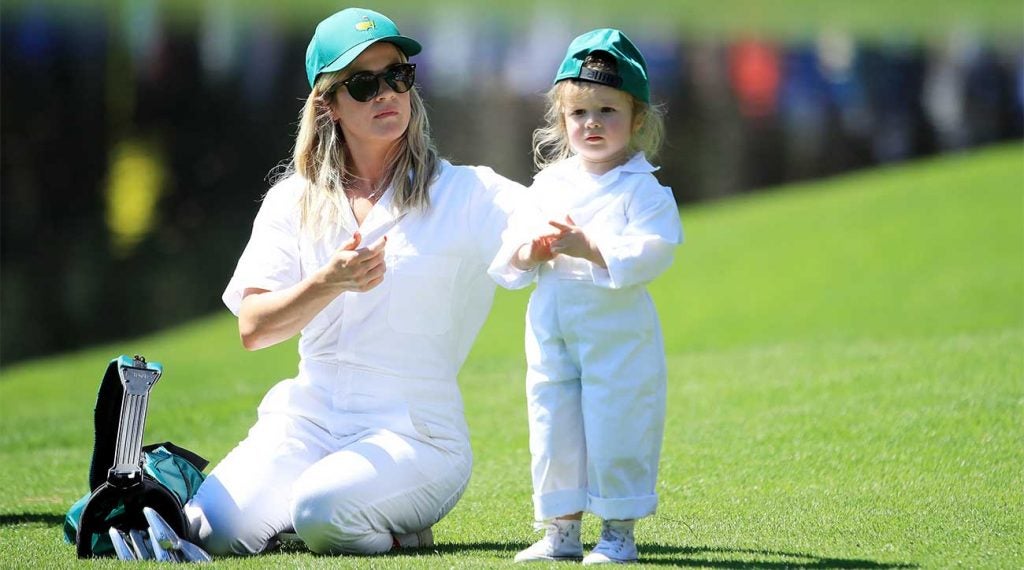 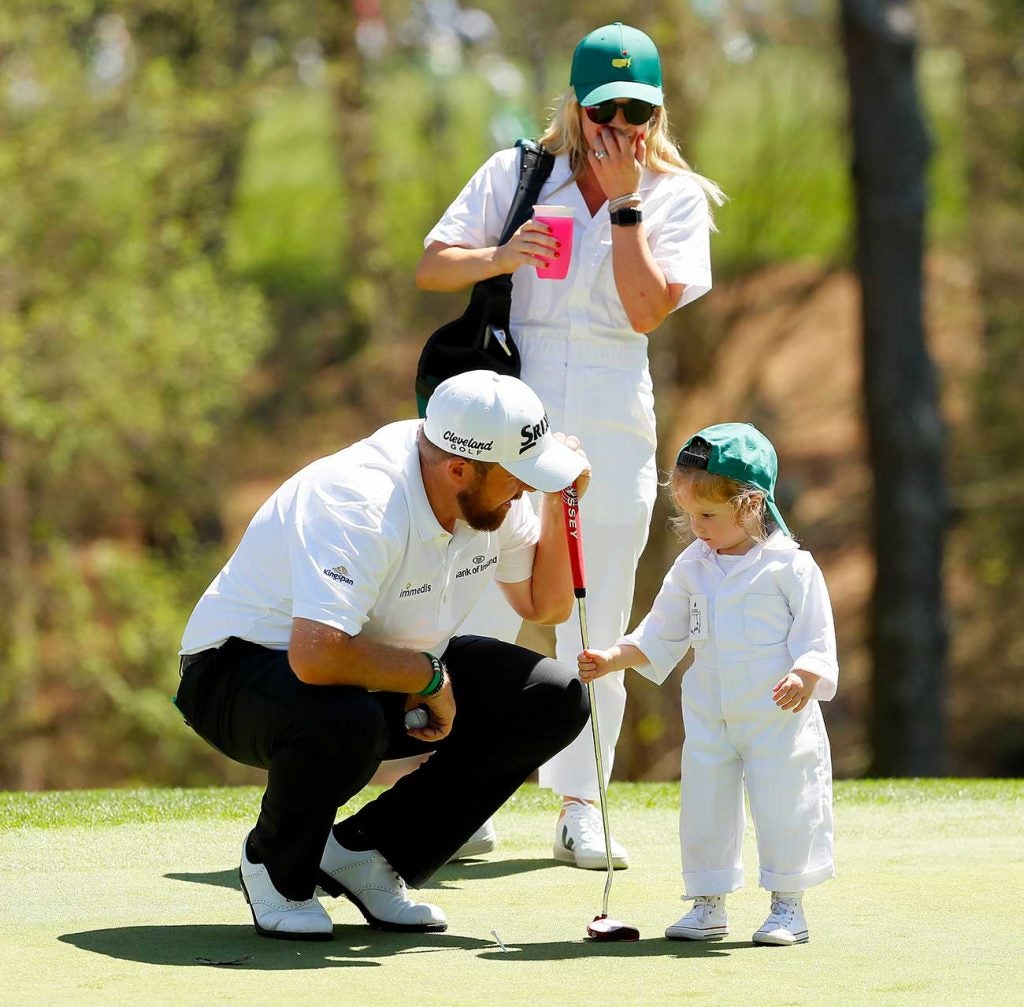 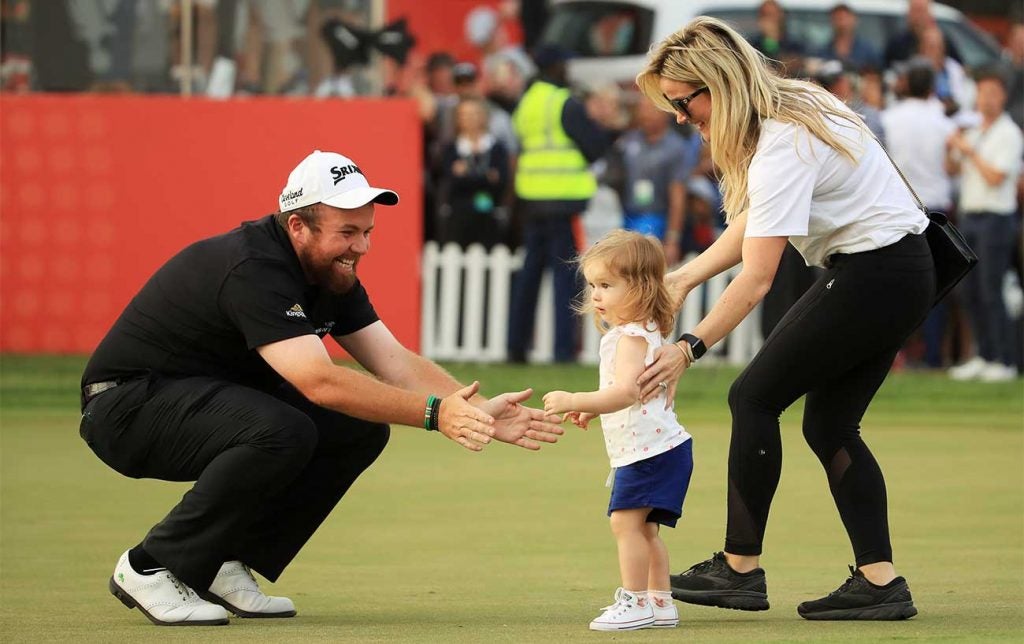 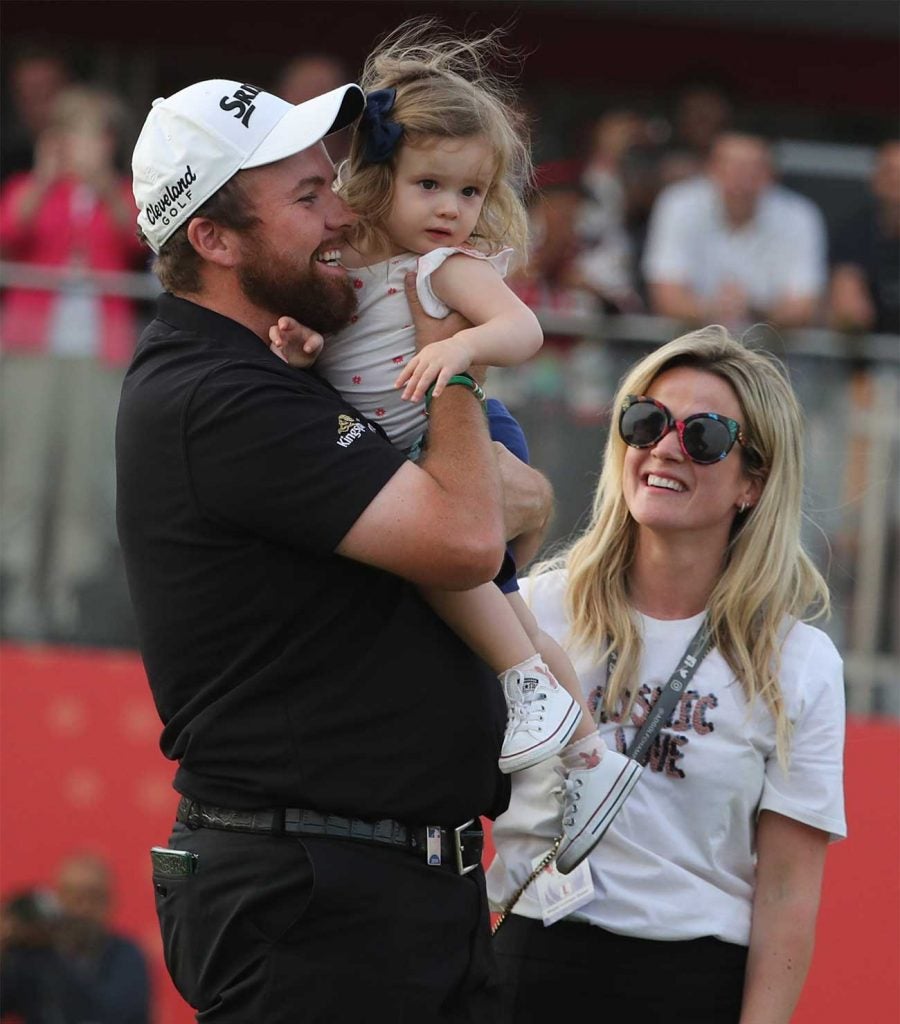 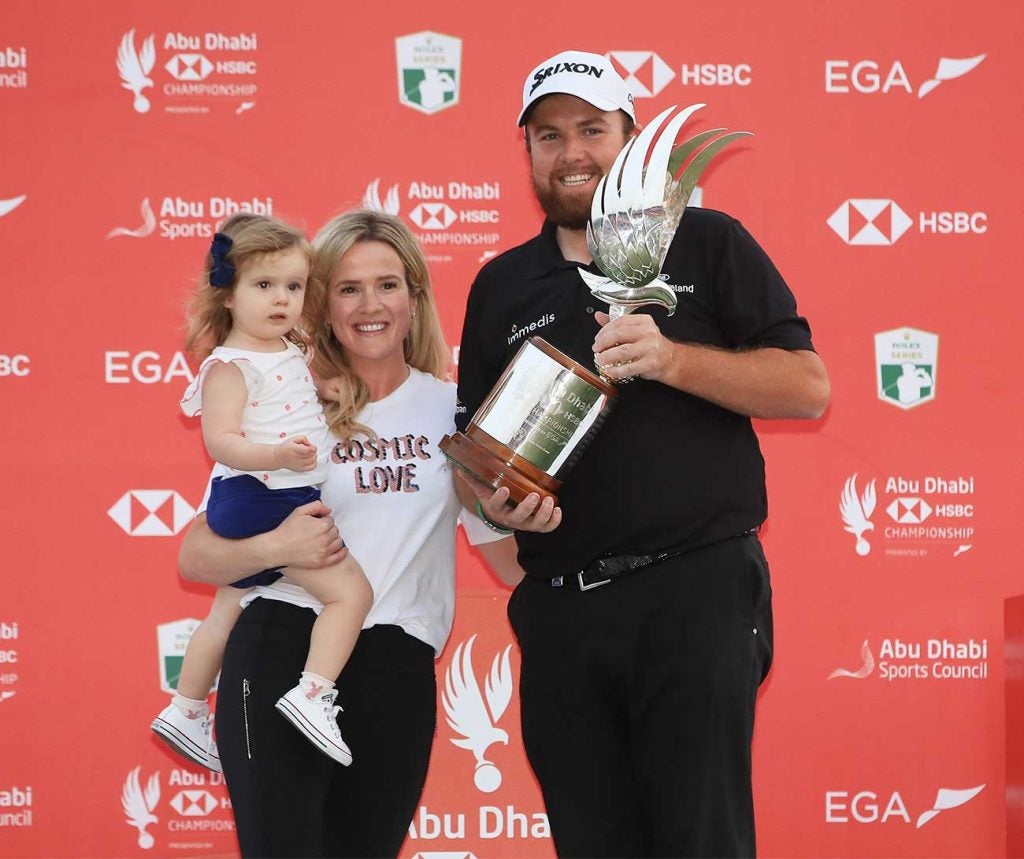 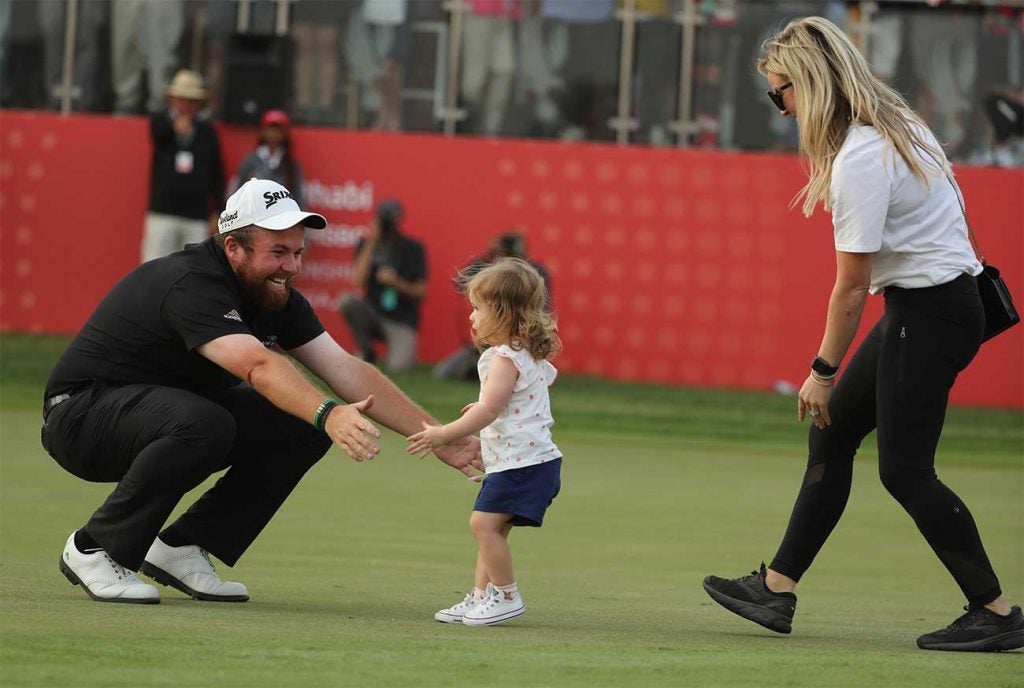 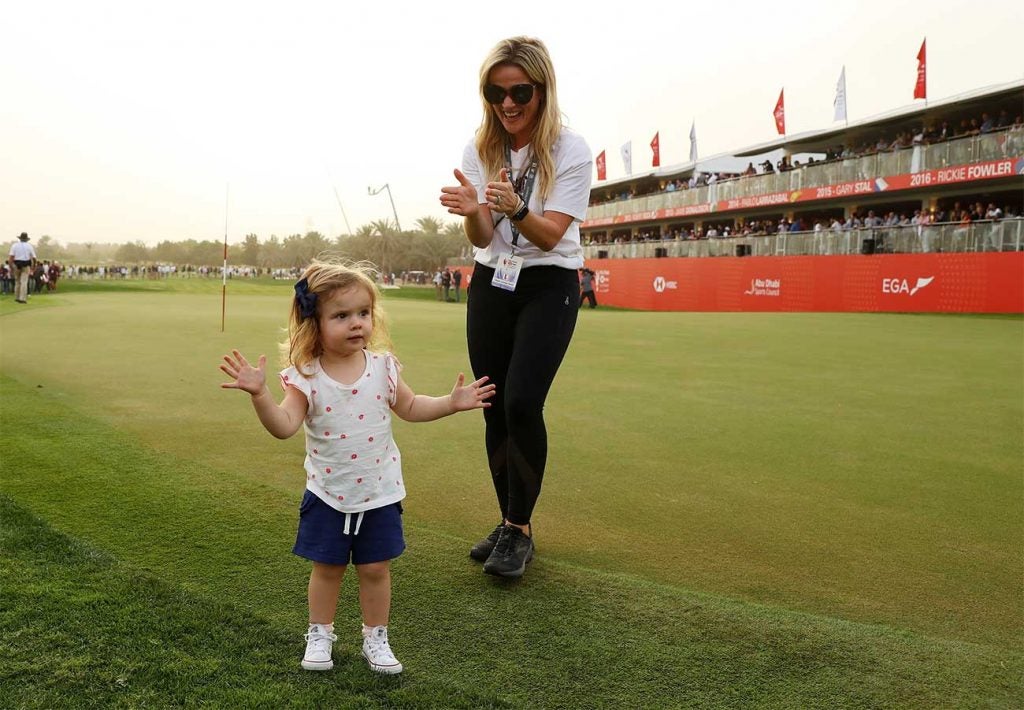