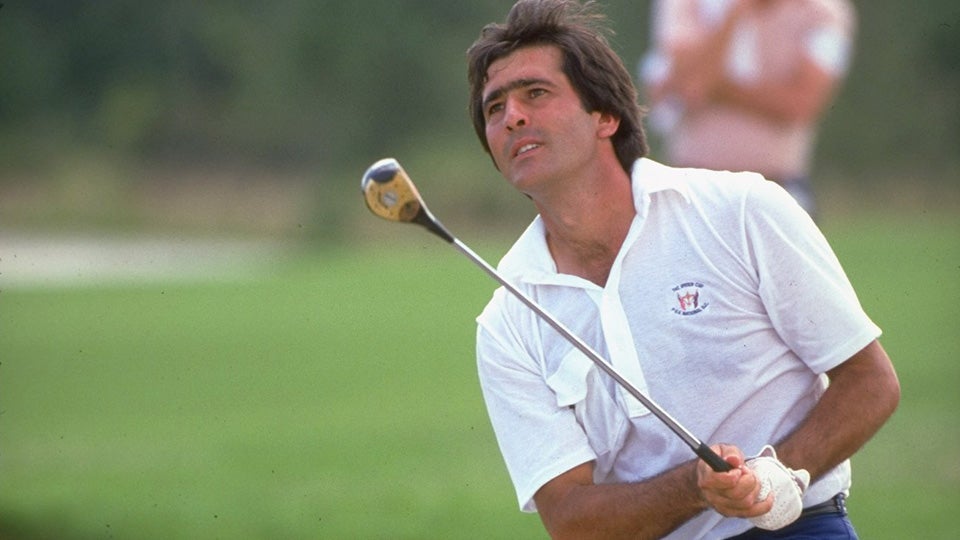 Seve Ballesteros: If Ian Fleming had written in Spanish, he could have modeled James Bond on Ballesteros. Seve, a five-time major champion, was bold, dashing, reckless and unabashedly ruthless. "He goes after a golf course like a lion at a zebra," wrote Jim Murray. ("If you ever feel sorry for somebody on a golf course, you better go home," Ballesteros explained. "If you don't kill them, they'll kill you.") But like Bond, Seve had more than a license to kill; he also had an abundance of roguish charm and sex appeal.
David Cannon/Allsport/Getty Images

Rory McIlroy won the Irish Open, but a 3-year-old made his own headlines.

Stories about a talented youngster named Sevie Trowlen have been popping up on different media outlets in the UK, and by all accounts he’s doing some big things for a little guy. At the Irish Open he hit balls in front of Padraig Harrington and other pros, and the European Tour’s official Twitter account even tweeted a video of his swing with the caption: ‘2035 #DDFIrishOpen Champion?’

We decided to investigate this pint-sized talent.

“He’s pretty remarkable for that age,” said Michelle Holmes, the director of instruction at the Michelle Holmes School of Golf in Chesapeake, Virginia. Her school, opened in 2011, has about 400-500 talented kids walk though its doors every year, ranging in ages 3-18. “You don’t see too many 3-year-olds with that physical and cognitive development that allows them to play golf to that level. It’s pretty spectacular.”

Sevie just started playing a full nine holes with his coach, Zoe Allen (Holmes hooked them up), who shares much of their progress on social media. Sevie has his own Twitter account, and his Facebook page has 87 photos, 51 videos and 953 likes and counting. (A few of the videos are embedded below.)

Holmes first saw videos of Sevie on Facebook, and she was so impressed that she invited him, all expenses paid, to attend her camp for two weeks in July. She said it’s the first time she’s ever invited a child to attend her school. Sevie lives in Co, Antrim in Northern Ireland, which is less than 200 miles from where Holmes grew up in Co, Mayo in Ireland.

“Who knows how much he will be able to do,” said Holmes, whose school’s mission is to create experiences that will encourage kids to play the game forever, “but he’s doing to do as much as possible for the two weeks he is here.”

Holmes said the school isn’t recruiting him, per se, but just inviting him to practice in the states. Sevie and his family will go back to Northern Ireland after the two-week stint is over.

“You see a lot of good kids, but this kid is pretty spectacular,” Holmes said. “At that age, some 3-year-olds will come in and can barely put one foot in front of the other, but he’s got the physical development, the cognitive development — he’s just got the maturity level and of course the raw natural talent. At 3-years-old you are usually just working on hand-eye coordination, when he’s playing to the ability of a 6 or 7 year old.”

It was only March of last year when a story surfaced about a 9-year-old McIlroy, Sevie’s favorite golfer, writing a letter to Tiger Woods to say “I’m coming to get you.” In one of the dozens of photos on Sevie’s Facebook page, he stands wearing a stocking hat and carries a plastic blue golf club. His face is turned away from the camera. The back of his shirt reads: “RORY THE NEW SEVIE IS COMING TO GET YOU.”