British Open 2019: The weather at Royal Portrush is getting ridiculously harsh 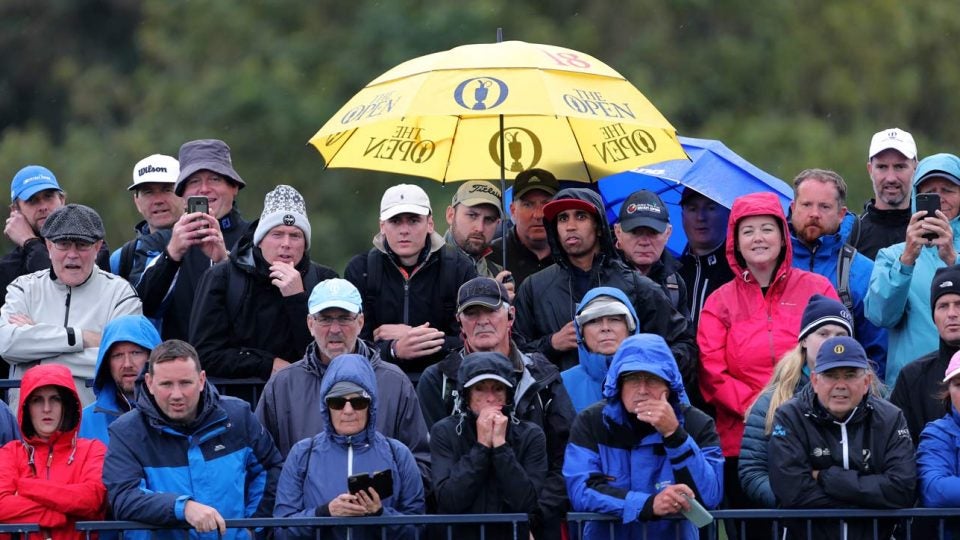 The weather at Royal Portrush is getting tougher.
Getty Images

The morning was calm, but clouds quickly rolled in and the rain began soon after Shane Lowry and Tommy Fleetwood began their final rounds.

GOLF.com’s intrepid onsite correspondent, Luke Kerr-Dineen, ventured into the weather to follow a few groups and arrived back at the media center with an astute observation: “It’s officially miserable out there.” From the media tent, it periodically sounds as though someone is hosing down the ceiling.

The R&A’s trepidation regarding the forecast was so great that the championship’s governing body opted to move tee times forward by nearly two hours in hopes that the worst of the weather would set in after play was complete.

At the moment, conditions are uncomfortable, but they’re thankfully not unplayable. The temperature is in the low 60s and the wind is gusting 14-17 mph. Though it’s rained off and on since Thursday, Sunday’s rain and wind is the first stretch of sustained difficult weather players have encountered in Portrush. Luckily, more of the heavy stuff isn’t forecast to hit until the final round is complete.