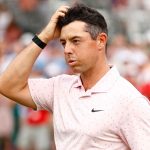 If you feel like it’s been a long time since Rory McIlroy last won, well, you’re not the only one.

Rory McIlroy feels that way, too.

It’s never easy,” he said after closing out a one-shot victory at the Wells Fargo Championship on Sunday. “It’s never easy to win out here.”

“It’s felt like a long time since that victory in China back in 2019. The world is a completely different place than it used to be. Everyone getting through a pandemic — life’s changed a lot for me, being a dad. Winning on Mother’s Day, thinking of Erica, thinking of my mum back home. It just feels awesome.”

That last win came almost exactly 18 months ago at the WGC-HSBC Champions and capped off a stretch that had been among the best of McIlroy’s career. He entered the week of the 2020 Players Championship as the defending champion and unquestioned world No. 1.

But when golf paused during the pandemic, McIlroy struggled to maintain that form. He slipped outside the world top 10. He talked of frustration, of impatience, of listlessness. He battled his swing.

But you’d never have known it on Sunday. McIlroy played a near-flawless final round to chase down playing partner Keith Mitchell and held off a hard-charging field at Quail Hollow, finishing off the 19th win of his PGA Tour career.

McIlroy looked invincible for much of the back nine; he poured in a par putt at 13 and then got up-and-down from greenside bunkers for birdies at 14 and 15. Then he played surgically to the middle of the greens at 16 and 17 to take a two-shot lead to the challenging 18th, where he grabbed 3-wood off the tee — and promptly hooked it into the penalty area on the left.

Suddenly a coronation turned into a nail-biter. McIlroy considered playing his ball from an awkward lie but ultimately took a drop and then found the green with 8-iron. He two-putted for a clinching bogey to finish one shot clear of Abraham Ancer.

As he pulled his ball from the cup and embraced caddie Harry Diamond, McIlroy exhaled. The crowd began to chant.

It felt like a long time since we’d heard it.

“It’s just awesome to play in front of these people again,” he said. “When we came back from the pandemic, I thought I’d enjoy the peace and quiet a little bit. I soon realized that to bring the best out of myself, I need this.”

There are golf addicts, and then there's former NBA player J.J. Redick