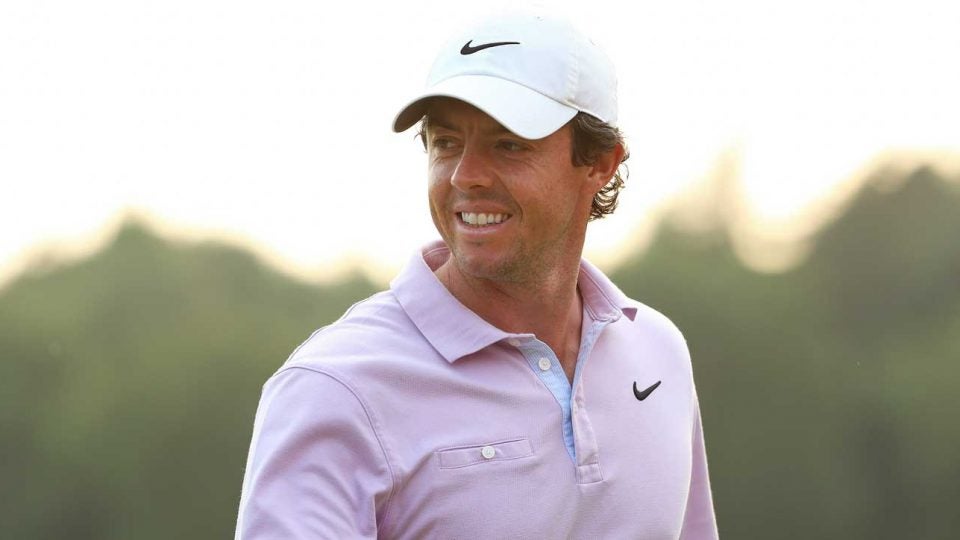 Rory McIlroy sat down for a fantastic interview with the Irish Independent.
Getty Images

When Irish Independent writer Paul Kimmage sat down with Rory McIlroy in December, he noted the particularly appealing circumstances surrounding the interview. “No question was off limits. No subject was out of bounds. No products were plugged or sponsors appeased.”

As a reader, that will grab your attention. My recommendation is you pour yourself a warm cup of tea, sign up for a free subscription of the Irish Independent and dive headfirst into the full interview. You’ll be glad you did.

In the meantime, here are seven takeaways from a revealing, self-aware, unflinchingly-honest version of McIlroy.

News
Why substance, not flash, made 2019 the Year of Rory McIlroy

In Rory’s words: “I didn’t know if you took milk in your coffee so I had to go and get milk this morning, and toilet roll (laughs), I didn’t have any toilet roll! So I went to the local garage and (posed for) three photos on the way out. So it’s a little more difficult.”

A considerable part of any golf writer’s job is talking to golfers who often have no interest in talking to them. So the idea of McIlroy going, himself, to get milk and toilet paper for a golf writer borders on the unbelievable. What’s more believable (and also relatable) is McIlroy feeling the comforts of being at home.

2. He knows what went wrong on the 1st tee at Royal Portrush.

It would be easy for McIlroy to dismiss his O.B. 2-iron off the 1st tee at the Open Championship as “one bad swing” or “that’s just golf.” That would probably be Tiger Woods’ approach. But there’s insight McIlroy gives in this sit-down that 1. Few others would choose to give, 2. Few others would be capable of giving, and 3. Few others who we’d care about receiving that information from.

As for the shot itself, McIlroy’s takeaway is essentially that he had tried to downplay the emotional impact of that moment — a Northern Irishman returning to play in Northern Ireland — and in hindsight, he sees that as a mistake. These nerves were different than any he’d felt before (“I looked up and just thought, ‘Holy s—!’” he remembers) and he wasn’t prepared to handle them. 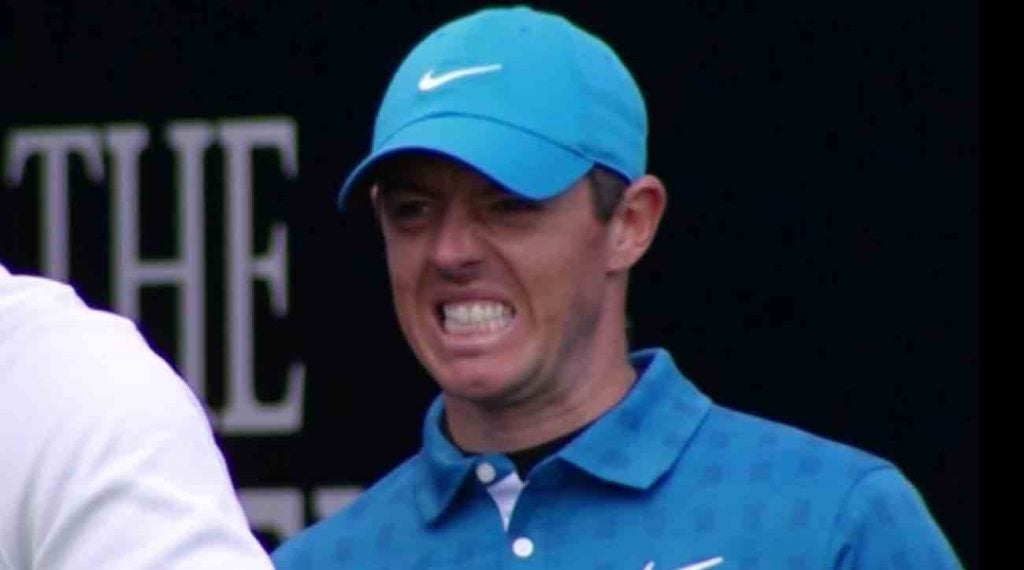 Rory McIlroy made a quadruple-bogey 8 to begin his first round at the Open Championship.

There’s competition-Rory and non-competition Rory. They’re separate people, McIlroy says, and they need to be for his life to work. Good news for golf fans, though: He thinks Competition Rory is only getting more competitive.

4. Rory’s wife Erica has a fascinating insight on the effect of Augusta National.

Kimmage reads McIlroy a quote from his wife Erica, as told to the Guardian before the Masters: “It’s like when you are a kid and you go to Disneyland and you think it is the only place in the world,” she says. “When you are at Augusta that week, it’s the only place in the world. You drink the punch, everyone is wearing their Masters gear. It’s like Disney with your mouse ears.

In Erica’s words: “You leave on Sunday night and all of a sudden you snap out of it. The week passed so quickly and you were in a daze because of the whole Augusta thing. You have got to strip that all away. It’s a golf course. It’s a golf tournament.”

Rory laughs and agrees in response. “It’s very true.” He adds that he tends toward the naive and gullible, while Erica is more skeptical — which is a good thing. “She doesn’t want me being taken advantage of, knowing my nature.”

5. Brad Faxon helped him get feel back in his putting stroke

On the Monday before the 2018 Arnold Palmer Invitational, McIlroy — who’d been struggling with his putting — spent three hours with Brad Faxon at the Bear’s Club. The two spent the first two hours having coffee and chatting before Faxon convinced McIlroy that the windy day was perfect to practice putting. McIlroy’s description of what followed is a fascinating reminder of what happens when a golfer loses his feel, even if that golfer is among the very best in the world.

In Rory’s words: “He’s very intuitive. He says, ‘From outside looking in, it looks like you’re a ‘feel’ player. Would you like to have that in your putting?’ I said, ‘Well, one thing I’ve found is that my putting has never matched up to the rest of my game. I’ve been wooden and technical on this side, and free-flowing on the other.’ He said, ‘You just have to know what to work on — bring your putter, a sand wedge and a 5-wood.’ So we went onto the putting green and he got me to putt from eight feet. I hit three putts with the putter and holed one of them; three with the sand wedge and holed two of them; and I holed three in a row with the 5-wood.

“He says, ‘I wanted to prove something to you. A lot of putting nowadays is very technical and mechanical — you have to have the right length putter with the right lie and the right loft. That thing (the five wood) has 19 degrees (loft) and is about ten inches too long and you’ve just holed three in a row. That’s what you need to get back to. It needs to be instinctive.” And it was such a massive flip. We had that one session on Monday afternoon and I went to Bay Hill and had the best putting week of my career.”

Thus spoke the Putting Whisperer, Brad Faxon. And when McIlroy says he had a career week putting, he meant it: despite entering the week 124th on Tour in putting, he gained 10.027 strokes on the field just on the greens over the course of the week.

Golf Channel analyst Brandel Chamblee is divisive among both players and fans. As part of the sitdown, Kimmage played McIlroy a clip from the post-round analysis at the 2018 Masters, where he’d failed to put a proper challenge to Patrick Reed in the final group on Sunday. Chamblee used some tough, descriptive phrases. McIlroy was trying to defer pressure. He hit the worst tee shot in the final group in the final round of a major that he’d ever seen. This is the most disappointed he’s been since losing in 2011.

Players don’t generally respond well to criticism, but McIlroy smiled when faced with Chamblee’s quotes. “Very perceptive of Brandel,” he said. “It hurts when you’re on the receiving end sometimes but I think Brandel is one of the smartest guys in golf. He’s brilliant. I like him.”

7. He hated losing the 2018 Tour Championship to Tiger Woods.

In his words: “It’s tough. Everyone was like “Wasn’t that a great moment?” And I’m like, ‘No, it was f—– s—!’ It was terrible. I birdied the last to shoot four over! And I got the bigger picture that it was wonderful for golf, and I’m sure I’ll look back and think ‘That was pretty cool,’ but it hurt. It really hurt. I was probably the only one at East Lake that day that was disappointed.”

Read this exchange, particularly in the context of the entire interview, and it’s striking just how much it meant to McIlroy, the opportunity to take on his hero in the final group in the final round of a big tournament, taking on “this mythical creature in the red shirt.” It’s revealing about his competitiveness, and how he thinks about Woods, and how he thinks about himself. When you next see that clip of Woods walking at the head of the crowd, charging towards the 18th green, I bet you’ll think about McIlroy, too, and what was going on in his head. We’re lucky to have been given part of the answer.

Check out the complete interview here.