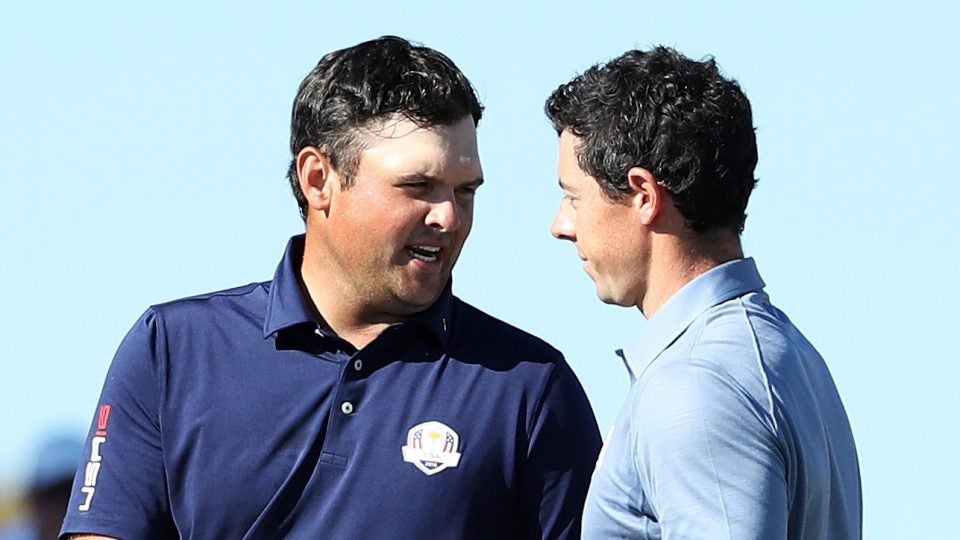 Rory McIlroy would like to give Patrick Reed the benefit of the doubt.
Getty Images

With the golf world still reeling from the incident that had many fans accusing Patrick Reed of cheating by intentionally improving his lie, and Reed himself getting slapped with a two-shot penalty, his Ryder Cup rival and World No. 2 Rory McIlroy has entered the conversation.

Appearing on Golf Channel’s Morning Drive on Monday morning, Rory was largely diplomatic about Reed’s penalty. Rather than lobbing bombs his way like Cameron Smith did over the weekend, Rory called for a measured response, though he did stop short of jumping entirely to Reed’s defense.

“You try to give the player the benefit of the doubt. He’s in there and he’s trying to figure out what way to play the shot and he’s moved some sand so it is a penalty.

I don’t think the intent is there. But it’s also very hard for me to believe he didn’t feel what he was doing. It’s a hard one. I would never like to think anybody was intentionally improving their lie……but there’s an obliviousness to it, almost like it’s his pre-shot routine.

He added that he suspects Patrick Reed’s reputation is playing a role in the controversy, and isn’t affording him the benefit of the doubt that other players might enjoy.

That led to a wider conversation about cheating on tour, specifically whether McIlroy has ever witnessed cheating on tour and what he’s done about it. When it’s in a grey area, McIlroy said, he hasn’t reported it because he “hates confrontation,” but handles things in a different way.

There have been things I’ve seen that have been questionable. But did I report it? No…For me, I don’t like confrontation, I’ll do anything I can on confrontation. It’s a gray area. I’d be much more comfortable going up to someone after the round, in the locker room after we’ve grabbed lunch and say, ‘look, I sort of saw something on the sixth green, in future, maybe be a little more careful with your ball marker.'”

Lots of interesting stuff; you can watch that and more from Rory’s Morning Drive appearance on the Golf Channel website.