Rory McIlroy, playing alongside the affable Ernie Els, pushes his way back into contention at Bay Hill 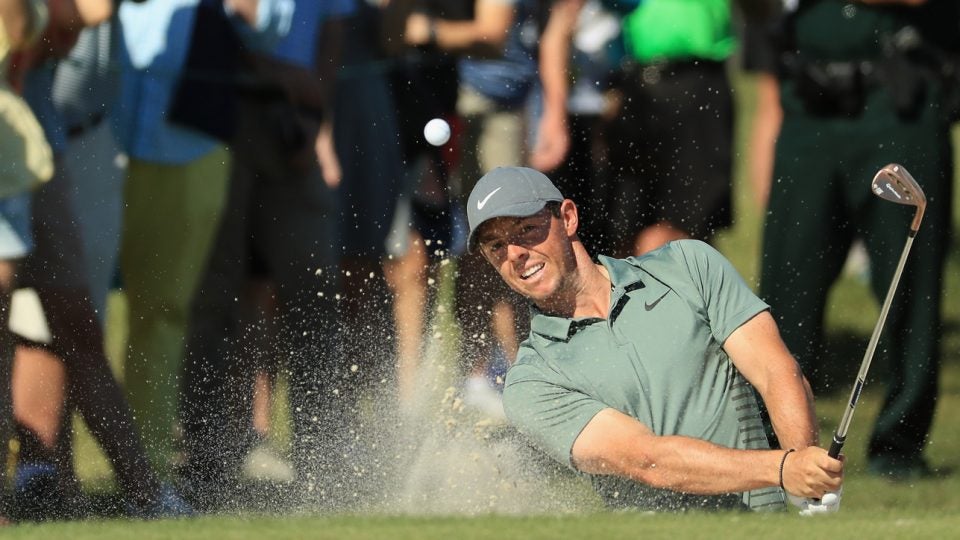 ORLANDO — The PGA Tour is sometimes described as a fishbowl and it is but it’s also a high-end swap meet. Rory McIlory celebrated St. Patrick’s Day on Saturday by getting himself in contention here at Bay Hill while playing with one of his favorite people, Ernie Els, from whom he recently bought a house. The house was already a showpiece — anybody who has been to Bear’s Club in South Florida will tell you that — but now it will get only better, under the watchful eye of the young newlyweds. Let’s not even talk about their pool plans.

McIlroy’s 67 was supplied by the usual suspects: long, in-play driving, solid irons and especially excellent putting. On Monday, McIlroy got a putting lesson from another denizen of South Florida, Brad Faxon, a putting genius who once bought a Porsche from Payne Stewart. The car turned out to be a pricy mistake, but you know how it is with second-hand European cars and their parts. Homes in the Bear’s Club, a big-ticket gated community with Jack Nicklaus’s stamp on it, are likely a far more reliable investment.

Pairings, for good or for bad, mean more to the players than they let on, and McIlroy loves playing with Els and has throughout his career.

“I remember first time I played with Ernie Els was in the 2008 Singapore Open, and I was really excited, the first really big name that I played with,” McIlroy said. “And Ernie was great with me and we had a really good time and we have remained close ever since.”

Now they are both U.S. Open and British Open winners. Neither has won the Masters (to date), though not for lack of trying. Both play the world. Both have sporting interests well beyond American football. Snooker, rugby, auto racing.

Speaking of racing, as the players come off the 15th tee, they have to cross Bay Hill Boulevard, where Orange County sheriffs (who wear green every day) stop traffic. McIlroy spotted Ian Poulter’s matte-black Fort GT in the line of cars, and jogged maybe 20 yards to give it a closer inspection. Els might have done the same, but his jogging days are mostly behind him, plus he was shooting a number. Not that you could tell. He’s a pleasure to watch even while en route to 75, his Saturday afternoon score.

The two golfers walked some together but not that much because McIlroy’s gait is in 4/4 time and Els’s pace is more leisurely. The South African saunters and you know McIlroy’s thing, chest out, rolling shoulders, here he comes. It was good to see McIlroy playing well, and I say that with some self-interest. I’ve been picking him to win the Masters for weeks now, except when I switch things up and drop in Bernhard Langer’s name, and not just for shock value.

I’ve used this bit before so forgive me if you”ve seen it, but when McIlroy mentioned being paired with Els at the Singapore Open it made me think of the old Yale-educated European tour player Peter Teravainen, for whom I caddied briefly. In 1991, Els played what I think was his first European Tour event, in Spain, and he was paired with Peter. Peter said of him, and I was there, “I don’t know who the f— this kid is but he can golf his ball.” You don’t forget quotes like that. Peter grew up in Massachusetts but has lived in Singapore for years. He swung hard.

Rory does, too, and he plays with emotion. On No. 11, he hit a downwind iron that landed on the green and rolled well over it. He pitched poorly — he had nothing, really — and wham! he let a choice piece of Bay Hill rough have it. He missed the par putt and then had a long wait before playing the par-5 12th. He spent those 10 minutes staring into a lake and doing some stretches that .001 percent of the population could do. In Alan Shipnuck’s mailbag (AskAlan) the other day, somebody queried Prof. Shipnuck on the difference between a chip and a pitch. (The correct answer is that a pitch is longer in the air than on the ground, and a chip is the opposite.) I have been wondering about the difference between pilates and yoga, and after the round asked Rory which he was doing there on the sunny side of the 12th tee. “A bit of both, actually,” he said. OK!

He absolutely punished the drive on 12. Ernie hit a good one and McIlroy was at least 40 yards past him and made an eagle 3.

There were some other exiting moments, like watching Els and McIlory negotiate the bouncy bridge that takes the players over a small pond near the 16th green. Ernie, who is 48, stepped gingerly as he crossed it. Rory was more assertive but still, you could tell, aware of the pitfalls. “It’s like you have jelly legs when you cross it,” he said later. His birdie there got him to 9 under. On 18, he hit his approach shot to a yard, kicked it in and got to 10 under. Good stuff!

Drop it in!@McIlroyRory STICKS the landing on No. 18. #QuickHits pic.twitter.com/UdnHrgc8DK

It was a nice sight, seeing these two golf stars, each with four majors, shake hands on 18, Ernie knowing he had watched his young friend play his way into contention, even though he had played his way out. Both were in the spirit of the day, Els in a sort of lime-green shirt and McIlroy in a shade borrowed from an overly ripe avocado. That’s Els for you, that spirit. That’s one of the reasons guys like playing with him.

On Sunday, McIlroy will play in the penultimate group, beside Justin Rose, whom he leads by one. Rose, like McIlroy, has won one U.S. Open. They’ve played on Ryder Cup teams. They both turned pro as teenagers. There are any number of things the Englishman and the Irishman could talk about, but likely won’t. Not on a Sunday, with Arnold’s tournament hanging in the balance. Plus, Justin Rose is not Ernie. Nobody in the game is.