Why Rory McIlroy says ‘nothing’ is different during the final round 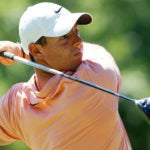 Rory McIlroy hits his tee shot on the 18th hole at Colonial Country Club on Sunday.

The days changed. The rounds changed. His scores and positions on the leaderboard changed.

McIlroy says he does not change. His mentality is the same. Thursday through Sunday. Top, middle or bottom of the leaderboard.

“Nothing, I don’t think. There shouldn’t be anything different, I guess,” McIlroy said Wednesday when asked if anything is different for him on Sundays. “Yeah, no, I – geez, you’re going out there trying to shoot a good score, and that’s about it. That’s what you try to do every day. Some days you play better than others. …

McIlroy’s best in the final rounds has been a little worse than his other rounds.

At the Genesis Invitational at Riviera in February, McIlroy was tied for the lead entering the final round, then he triple-bogeyed the fifth, bogeyed the sixth, never recovered and tied for fifth. At the Arnold Palmer Invitational at Bay Hill in March, he was tied for the lead with 14 holes to go, shot 5-over over his next five holes and tied for fifth. And now this past Sunday at Colonial, which follows memories of his 2011 Masters, where he entered the final round with a four-stroke lead, only to shoot an 80.

McIlroy said he was not concerned.

“I wouldn’t say that Sundays this year have been disappointing. I mean, I played – maybe Bay Hill, I would say was disappointing, and obviously last week, but that was just more annoying, like I played crap. That was really it,” he said. “Like it wasn’t as if it was anything to do with the position I was in or I got off to a really bad start and got into the rough on the front nine and hit decent shots that ended up in a bunker or a bad lie or whatever and just sort of – it’s one of those things where the momentum just started going the other way.”

CBS analyst Nick Faldo said McIlroy should be able to adjust. On Sunday, McIlroy bogeyed the 1st, then followed with bogeys on the 4th, 5th and 9th, and a double bogey on the seventh.

“I don’t know. I’m only guessing on this – he’s such a gutsy player,” Faldo said when McIlroy reached the 13th green. “But why does this happen, and when it all goes wrong, it’s almost like he gets so frustrated, it’s like, I can’t accept it. It seems like looking from the outside, he doesn’t have a Plan B to switch to, just to find a way to get around it. Just maybe too much frustration going on.”

McIlroy said he also wasn’t concerned with the commentary.

“I didn’t hear that, no,” McIlroy said. “Look, commentators are put in positions where, look, they have to say something. They’re not just going to sit there and be silent. I respect Nick a lot. Nick’s been really good to me growing up, as a junior golfer and even into the professional level. Look, I get the position he’s put in with commentary where you just have to say something, you have to make a comment. I’ve learned very quickly out here that you don’t take anything personally and you just move on.”